Well, after waiting so long, the day finally arrived. After a flurry of final preparations, we said goodbye to 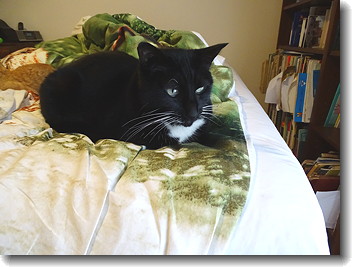 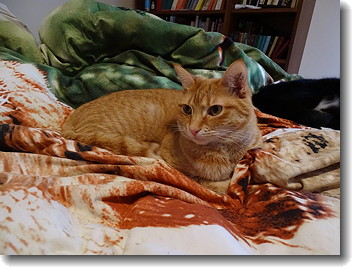 Butterscotch and we left home at 10:30am. The trip to the airport was uneventful and, after a "last meal" with Jenny, Darryl, Russell, Joan and Jordan, we went through the airport doors to "the other side". 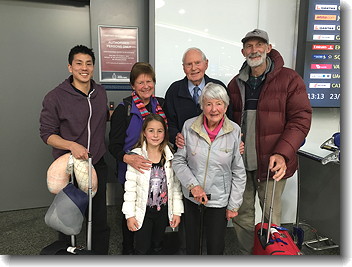 Getting through all the security checks was relatively easy and, before we knew it, we were waiting at the gate. Our plane for the first leg was a Boeing 777. 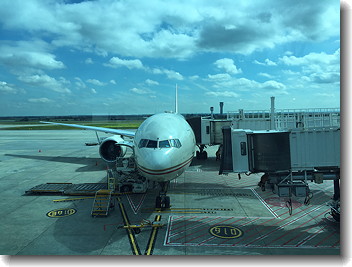 I had been wondering how I would go in the plane but all was well. Food and drink were provided at regular intervals. A plethora of entertainment helped the time to go quickly and it didn't seem like the 14 hours it actually took to arrive in Abu Dhabi. The airport is huge. We were ferried by buses from the plane to the terminal building. 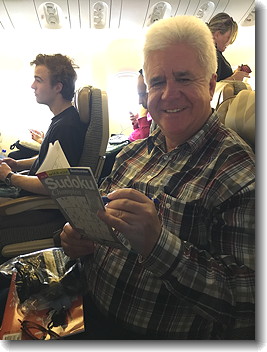 For the second leg of the journey, we were in a Boeing A380 - a much larger and quieter aeroplane. 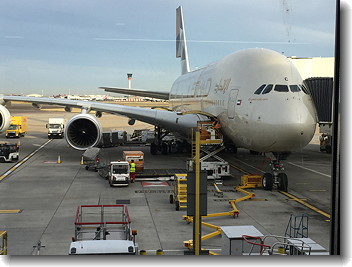