First up today was breakfast. This was included in the price of our stay. I know that some of you have been to the Langham Hotel in Melbourne for breakfast and the Hilton Watford provides a very similar meal. They have a choice of cereals, fruit, salads, breads, yoghurt, eggs, bacon, baked beans, sausages, fruit juices and tea or coffee. All this is buffet-style. It was a wonderful start to the day! 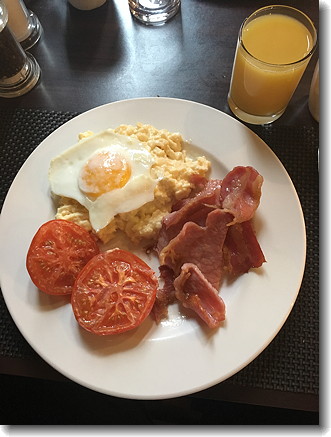 Next on the agenda was a return visit to St.Albans for Sunday morning service at the Abbey In the carpark of the hotel, we saw our first squirrel. Unfortunately, it was too quick for us to take a photo. As we knew whereto park in St.Albans this time, all was well. We arrived in plenty of time so first visited the St.Albans Clock Tower. This was constructed in the early 1400s. There are 93 steps up a very narrow spiral staircase to the top. On emerging out to the top of the tower, our climb was rewarded by 360° views of the town. 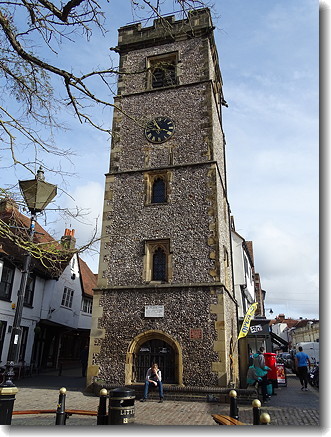 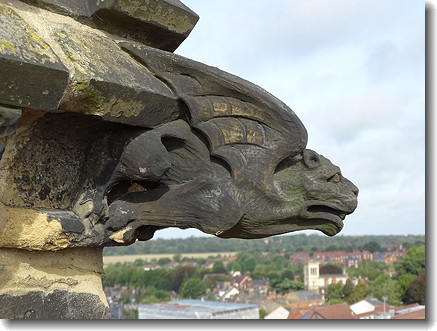 One of the gargoyles at the top of the clock tower 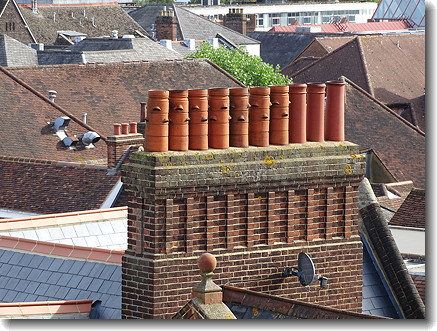 Chimney Pots as seen from the Clock Tower 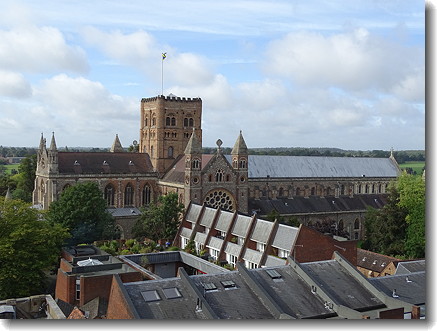 The Abbey viewed from the top of the Clock Tower

We walked up to St.Peter's Church for a quick look and then returned to the Abbey in time for the 11:15am Service. It was wonderful to hear the bells being "change" rung as we entered the church. 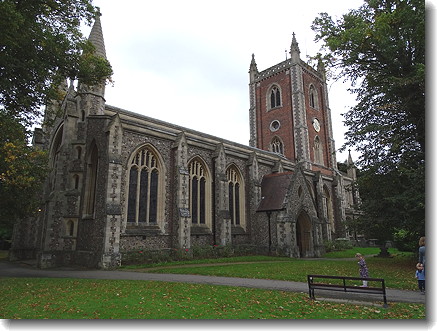 We were given the opportunity to sit in the stalls next to the choir. The musical setting was "Darke in F", one of my favourites, and the anthem during communion was Ave Verum by Elgar. The Choir was superb, almost faultless, and the service was well-attended. 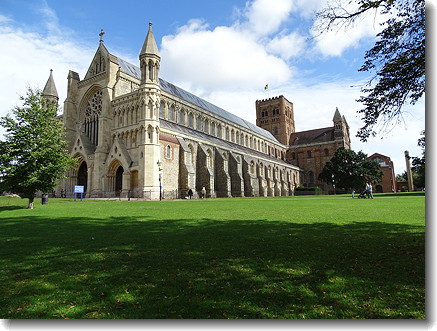 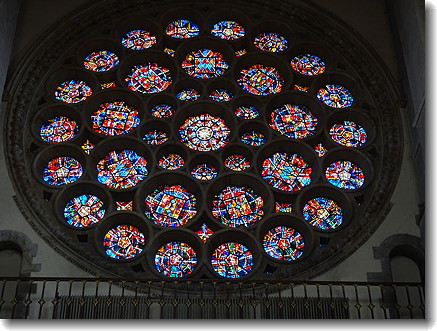 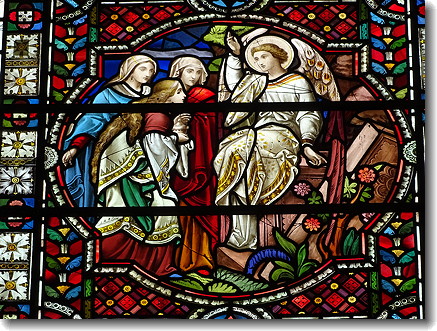 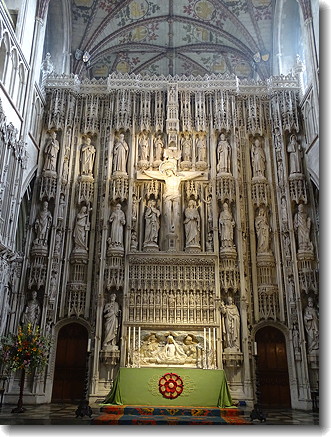 The High Altar with carved stone screen behind 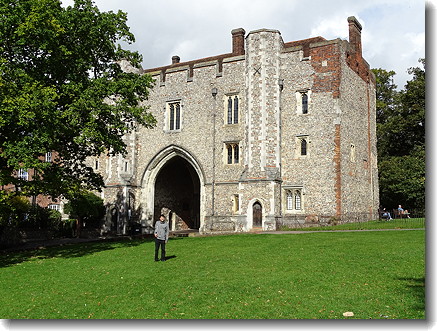 The abbey is called that because it was once the church of a large monastery with many buildings. This is the gate house from the monastery. It is now part of the nearby school. Henry VIII dissolved the monasteries in about 1540 because he wanted their wealth and lands.

After a more leisurely photography session and wander around the interior and exterior of the Abbey, we headed to Luton (the town where my parents came from) to visit the Parish Church. Unfortunately it was very not open so we headed to Dunstable where we met up with my cousin, Jan. By the time we got there, it was past 3:00pm and we had a late lunch at Pizza Hut. 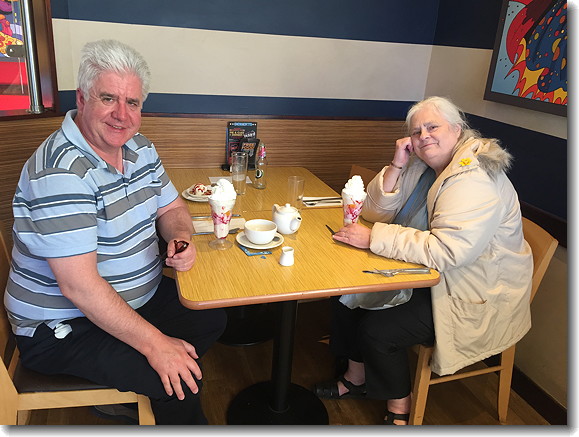 Having farewelled Jan, we attended Evensong at St.Peter's Priory in Dunstable. The congregation was only small but we were made to feel very welcome. The setting for Evensong was "Brewer in D" and the anthem was Like as the Hart by Herbert Howells. The choir was not quite up to the challenges provided by this music and the result was less than perfect. 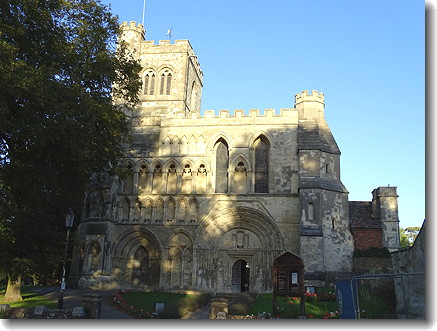 St.Peter's Priory, Dunstable. Only a small portion of the original church remains as the priory was another victim of the dissolution of the monasteries. 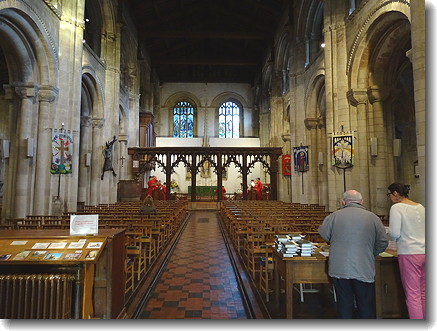 The interior of the priory with choir rehearsing

After a snack at McDonald's, we headed back to Watford, ready for bed!