We spent most of today at Alton Towers theme park. There is a monorail which takes you from the car park to the entrance of the Park. I did not take my camera here as I thought it would be a nuisance on the rides (which it would have been) so all the photos today were taken on my phone. 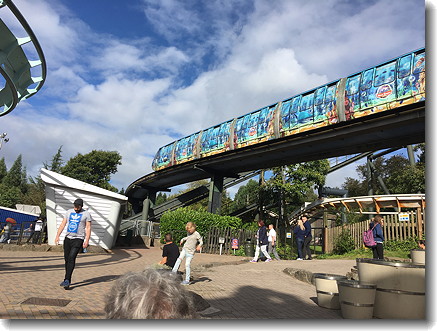 I did not realise that this theme park is built around the ruins of a once stately home. This is the view of it you get shortly after entering the park: 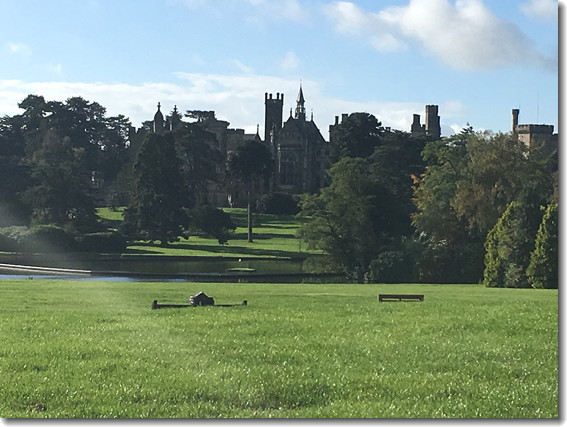 You can read the sad story of its gradual demise here.

For the rest of the day, I was more interested in the house than the rides but I did go on the Duel which is essentially a traditional ghost train with the addition of ray guns provided in order to be able to shoot at the ghosts. A score was kept. Satoshi and I ended up with the same score - 23,700! 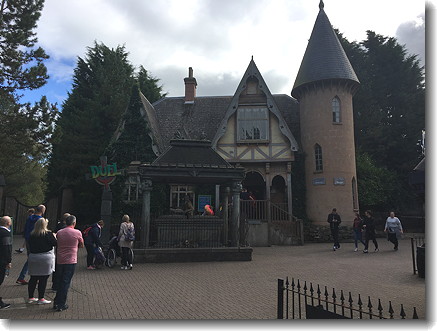 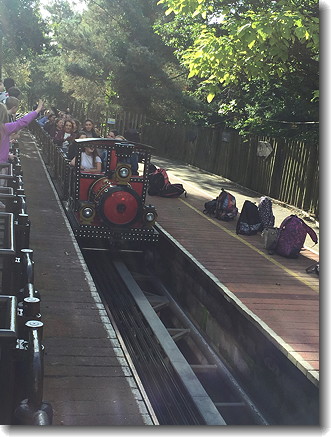 I also went on the Runaway Mine Train.

I was talking to a lady a little later who said that she always goes on that last because she has a "thick head" for the rest of the day! Fortunately, I was not afflicted by this condition regardless of the fact that we were "lucky" enough to go round the track three times on our ride!

Needless to say, I did NOT go on this: 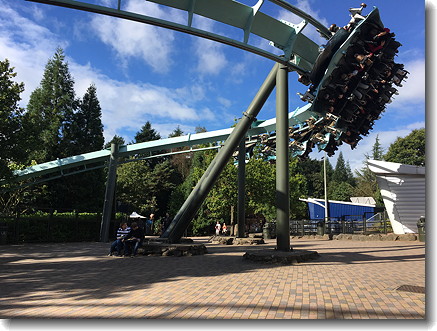 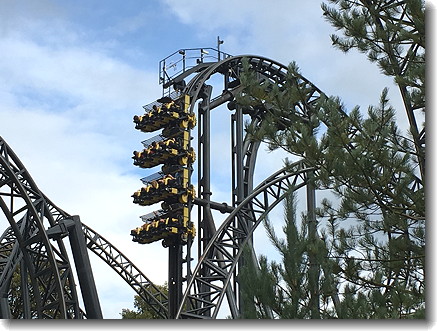 which drops straight down into this hole: 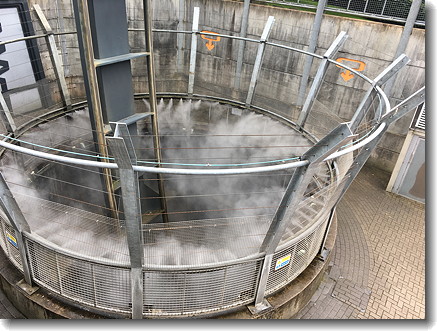 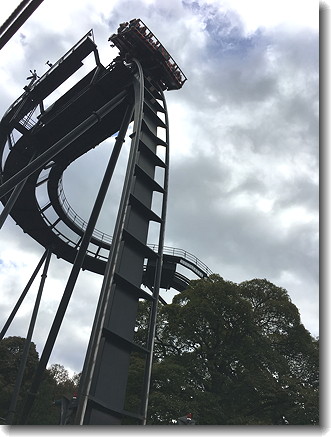 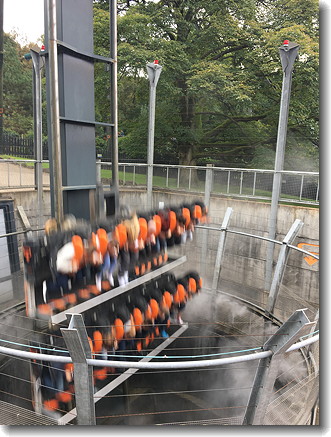 I didn't go on this either: 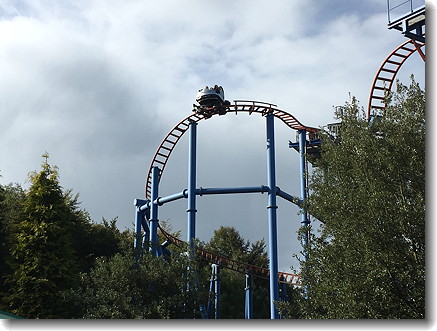 but Satoshi enjoyed it! 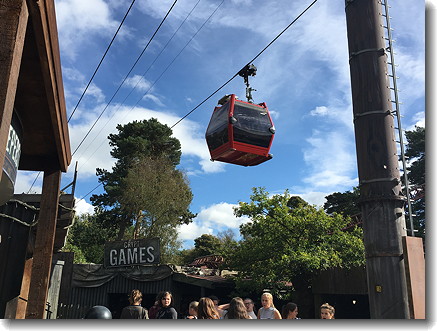 Here are some more pictures of the house: 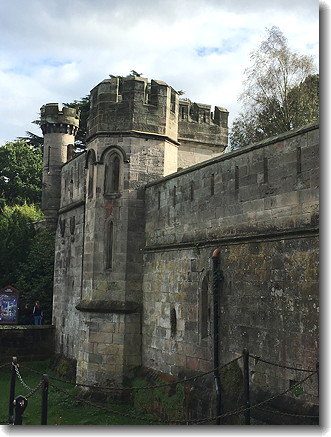 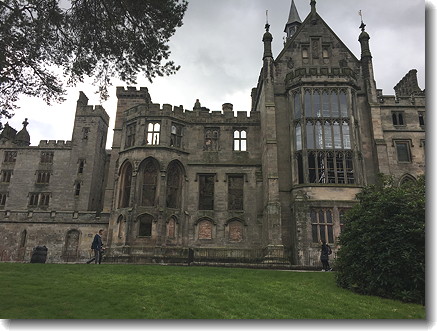 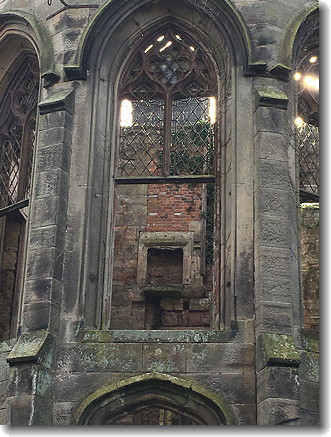 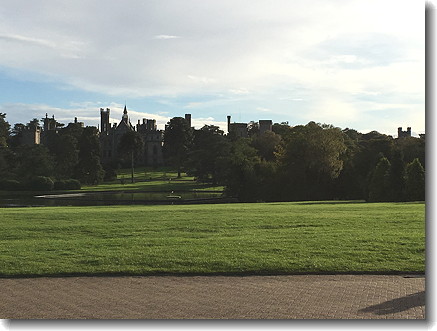 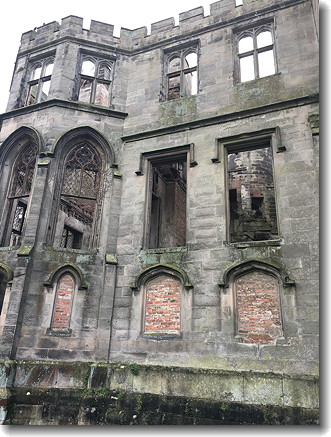 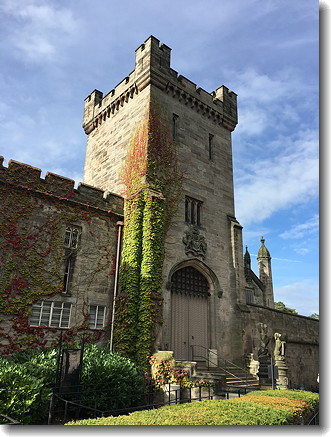 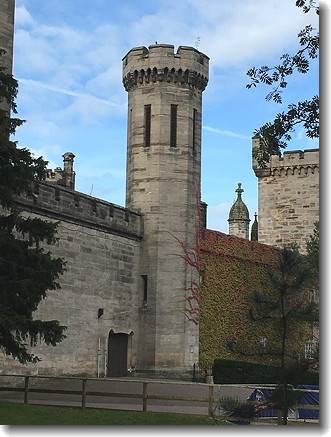 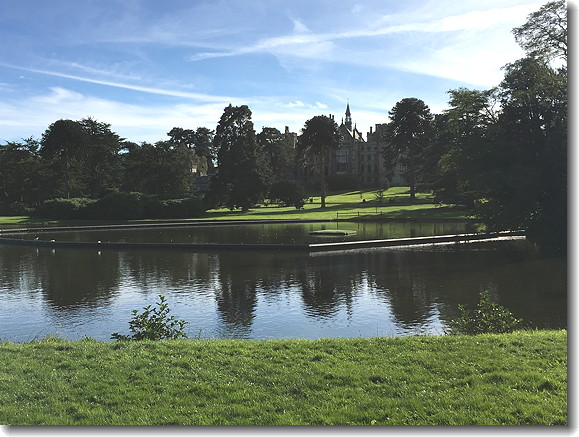 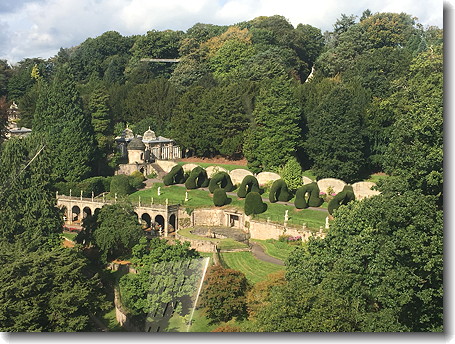 They have done some work to restore the gardens.

It was an enjoyable visit and there were not too many people so waiting time for rides was generally less than five minutes. Today was the first day it rained so it was very fortunate that we were eating lunch at the time!

So, what have we noticed that's different from Australia so far?
•no Twisties!
•no Lemon, Lime and Bitters (only one place so far has had the bitters and even then Satoshi had to instruct them on how to make it)!
•ham is called gammon when roasted
•drivers often don't bother to indicate
•there are roundabouts EVERYWHERE (including motorways) and some of them have six exits! These are quite scary as it is often necessary to change lanes with very little warning.
•the Cadbury's chocolate is not the same (Australian version is better!)
•road distances are in yards and miles
•one pound coins are smaller than two pound coins (which is logical really but not when one is used to it being the other way round with Australian money!)
*parking is often a trouble
•speed limits are not always obvious