It was a crisp but clear morning as we prepared to leave our accommodation in Liverpool. 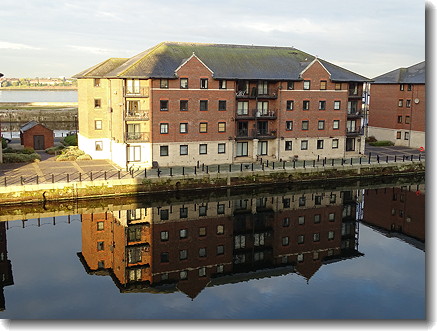 This was the view from my bedroom window on the last morning at Liverpool. The water so calm, not even a ripple, so the reflections were wonderful! 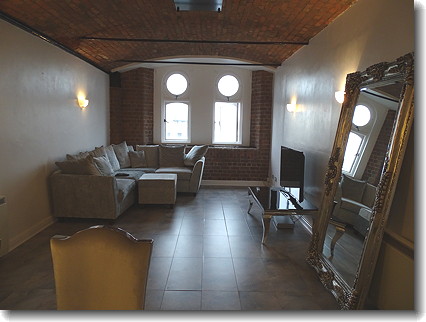 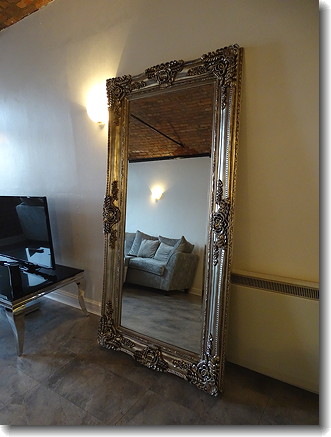 Not many accommodation places have their own magic mirror! I tried to get it to tell me the lottery numbers for the next day but it didn't seem to understand my Australian accent. Pity! 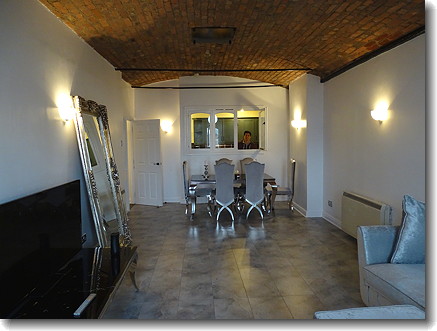 Satoshi is in the Kitchen

We decided to visit Blackburn on our way to Blackpool. Blackburn has a cathedral! 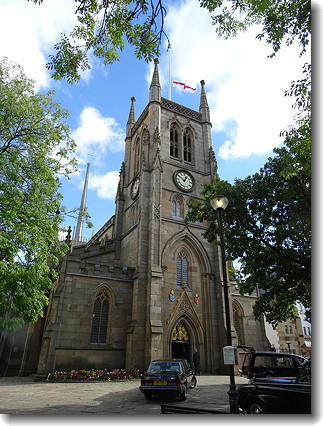 There was a funeral when we arrived so we went to have some lunch in the Cathedral Café. 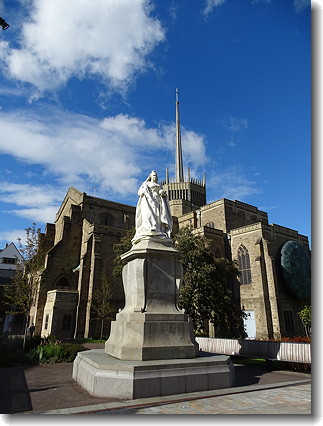 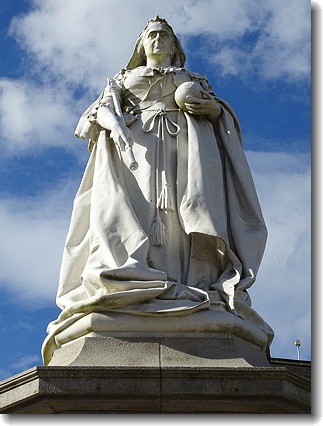 We run into Queen Victoria quite a lot really. 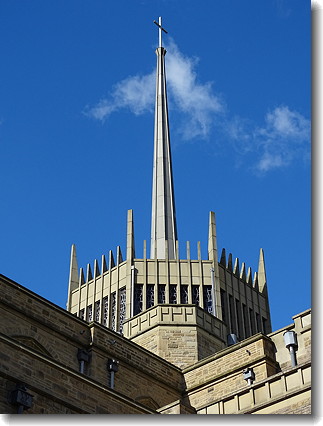 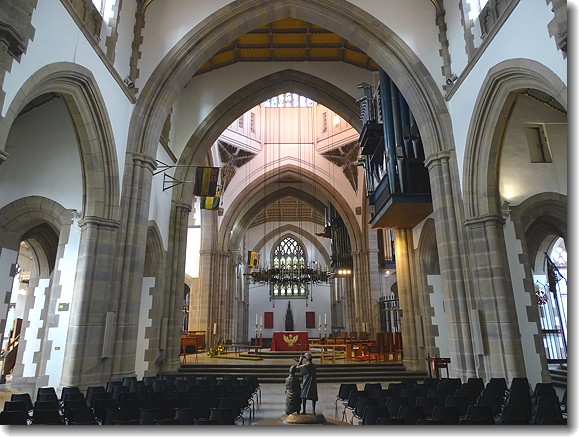 Although there has been a church on the site for hundreds of years, Blackburn Cathedral is fairly modern and has been extensively renovated recently. Unusually, the altar is situated at the crossing and it is four-sided so that it can be seen from any direction. 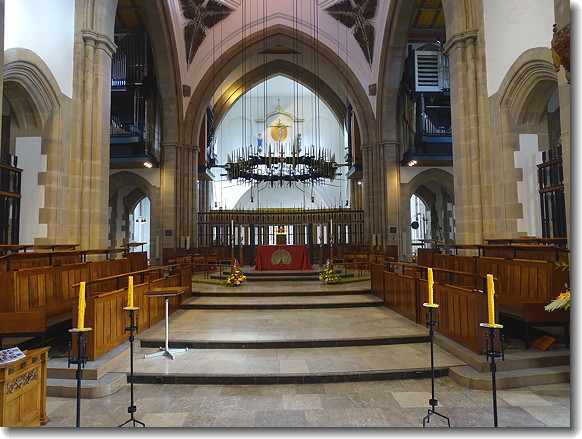 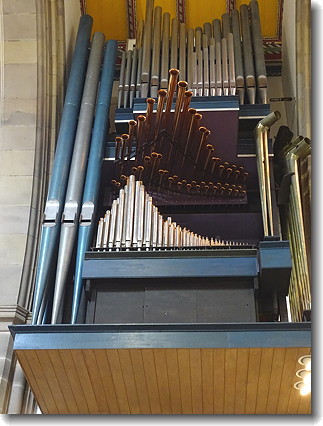 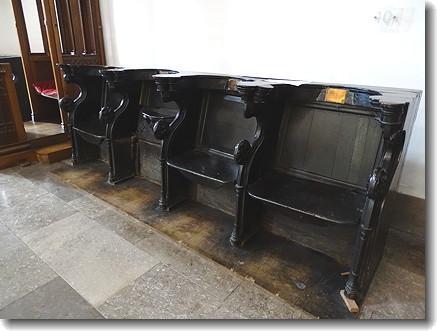 15th century misericords. In medieval times, the monks were expected to stand for long periods of time during services. These seats were designed so that even if the seat was folded up, there was a little ledge for the monk to lean on. They were often carved in with some detail, as below. 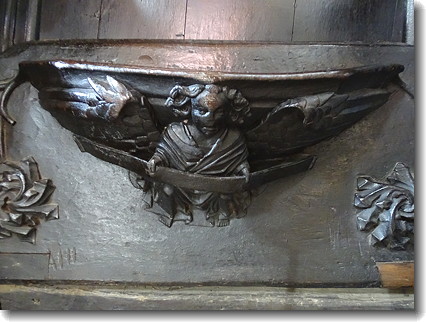 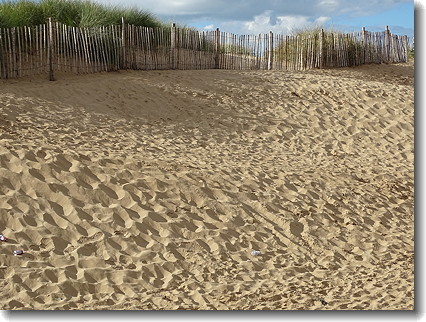 Some people (Jenny), don't think that there is sand on English beaches. Hopefully, this photo and one a little further down will dispel this rumour! 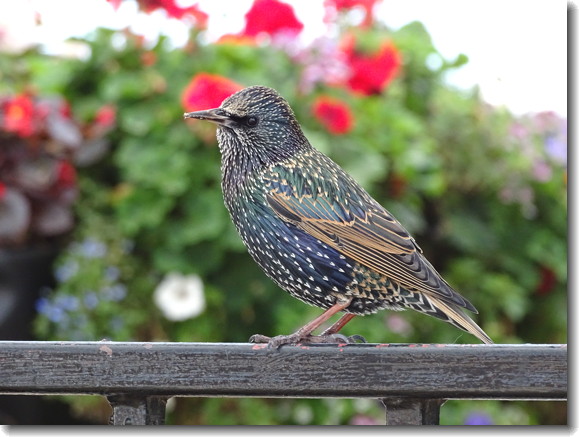 I think this is a starling? I was pleased with the photo anyway! 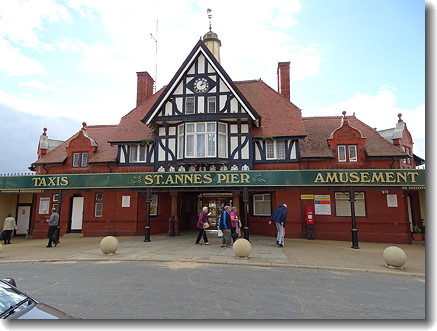 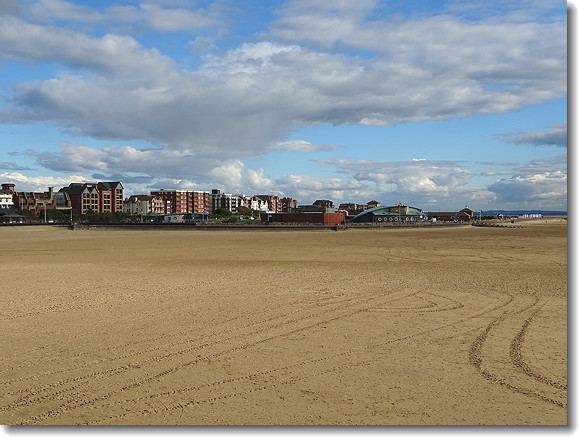 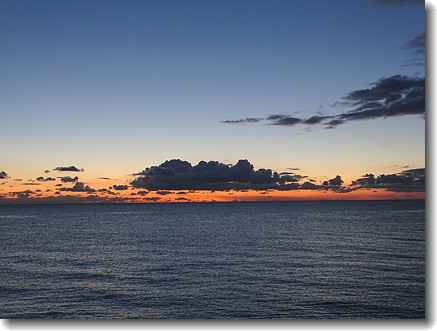 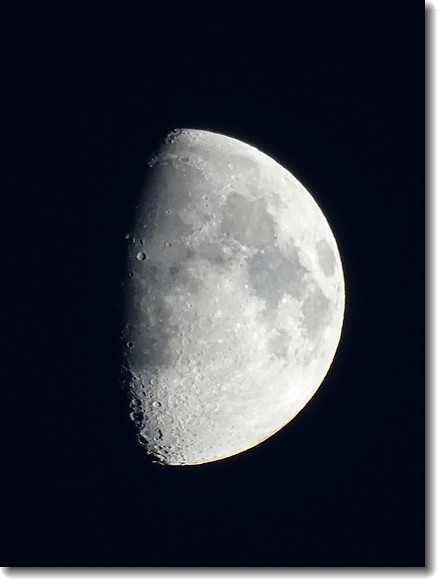 I took this photo of the moon at Blackpool, just before we boarded the tram below. 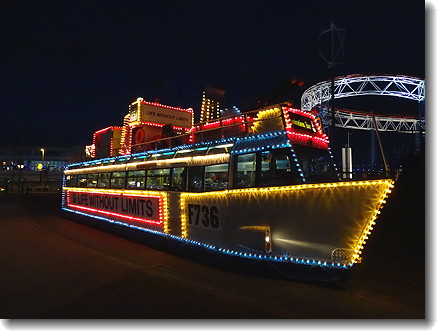 One of the famous things about Blackpool is the Blackpool Illuminations. This annual festival takes place along 10kms of the promenade and is really quite spectacular. We were again blessed with perfect weather and thoroughly enjoyed our trip on the specially-lit tram above. It was frustrating in that it was very difficult to take photos along the way because the tram was moving quite fast, the windows steamed up and the glass caused reflections!

This is one of the photos I took from the tram. It is difficult to make out but you may be able to see Dr.Who's Tardis on the ground with four Daleks hovering menacingly above.

The rest of the lights can speak for themselves. Some of them are hung above the roadway and some set up along the footpath running along by the sea. Some were static, others showed a story by changing the lit bulbs. 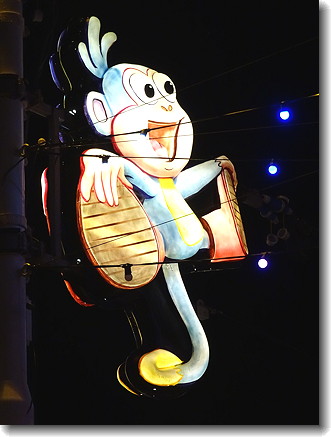 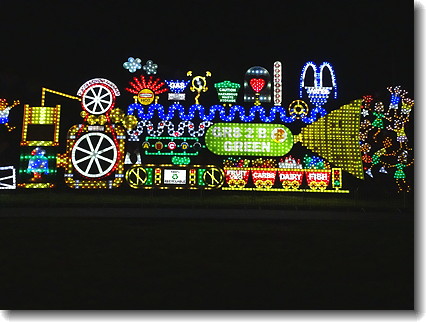 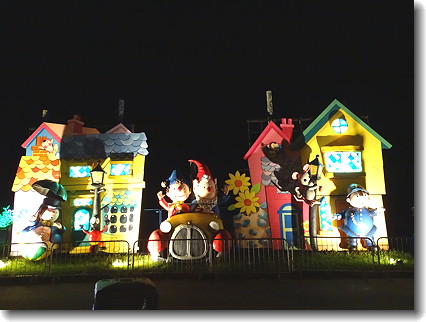 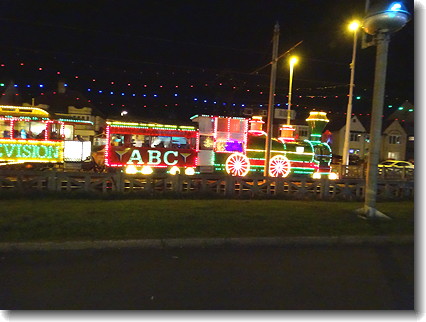 This is the other specially decorated tram. 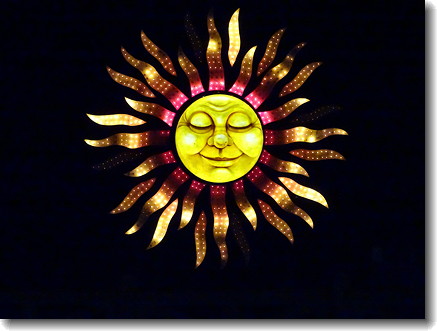 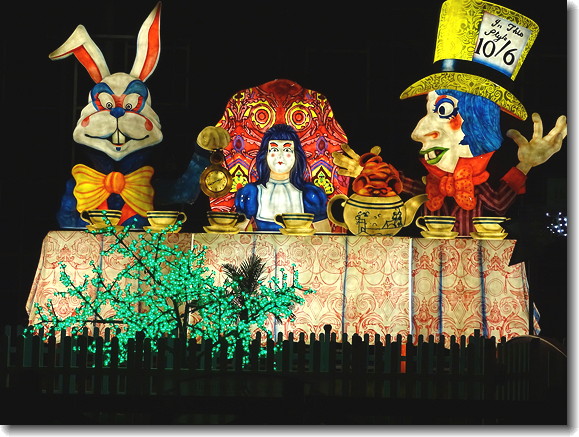 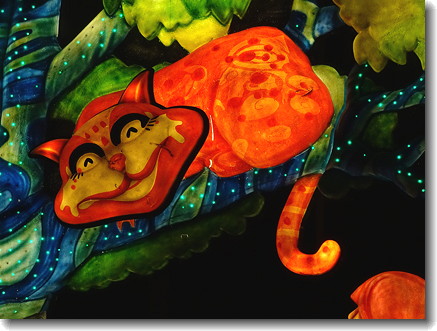 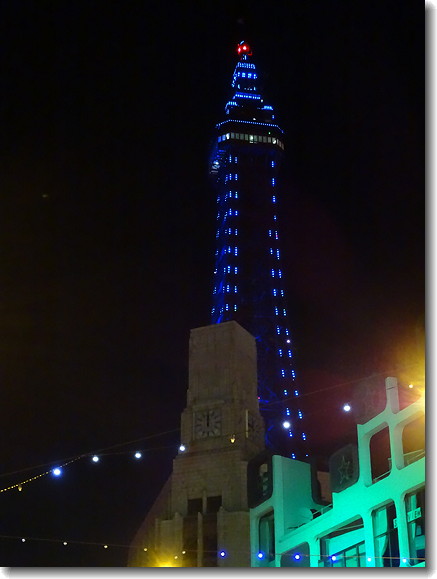 This is the famous Blackpool Tower

After walking a long way to look at the Illuminations, I was ready for bed!