We awoke this morning to a very misty day. The plan was to visit Bressingham Steam and Gardens and we decided to take a slight detour to St.Edmundsbury Cathedral for the 10:00am Service. This was a celebration of for All Saints' Day. We stopped at a "Little Chef" for breakfast and by the time we got to Bury St.Edmunds it was quite close to 10:00am and, as usual, it was difficult to find a place to park. We arrived at the cathedral a little after 10:00am. It was pleasing to see a lot of people there and we were given a warm welcome. The resident choir was present (I think we are over half-term holiday now). The setting was Victoria Missa O Quam Gloriosum and the motet during communion was O Quam Gloriosum by the same composer. The choir was very good.

There has been a church here since 1065. It was largely rebuilt, starting in 1503, by John Wastell , a master mason who also worked on King's College, Cambridge. Further alterations to the building were undertaken in the 18th and 19th centuries, notably a new chancel and a hammerbeam roof by George Gilbert Scott (yes, him yet again!). When the Diocese of St Edmundsbury and Ipswich was created in 1914, St James Church was made the cathedral. From 1959 onwards there was renewed building work designed to transform the former parish church into a cathedral building. The oak ceiling was not finished until only very recently. 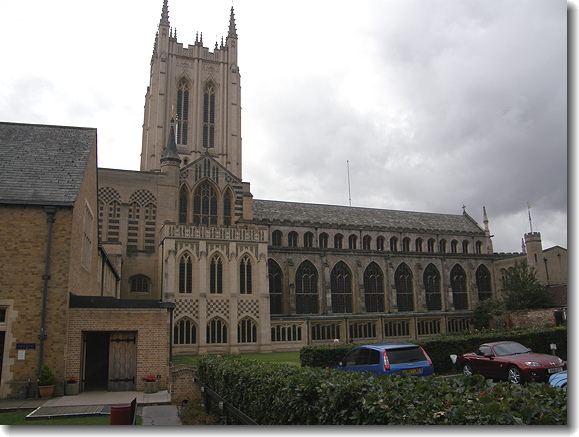 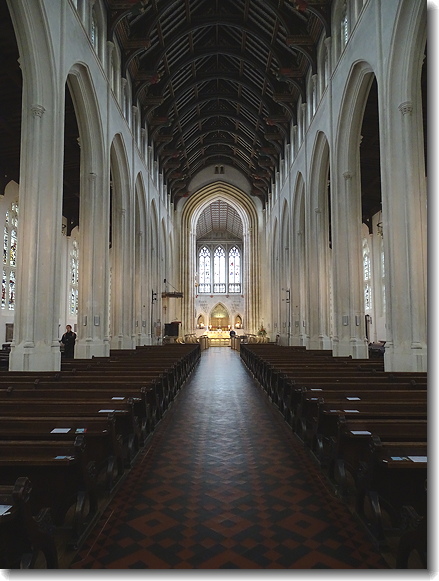 The Nave from the West Door 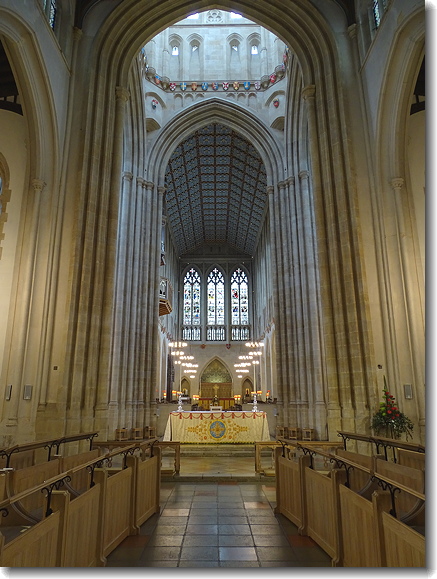 The Nave Choir Stalls and Altar 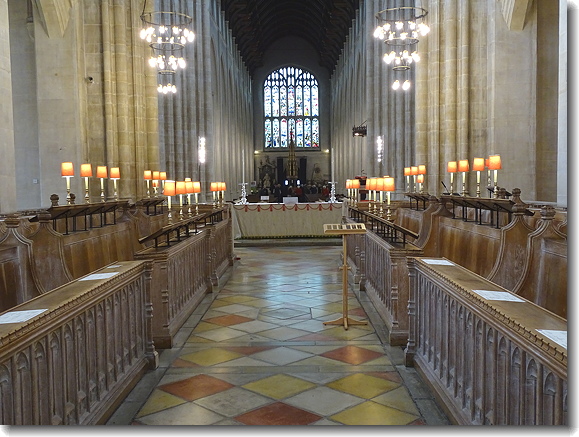 Looking towards the Nave from the Quire 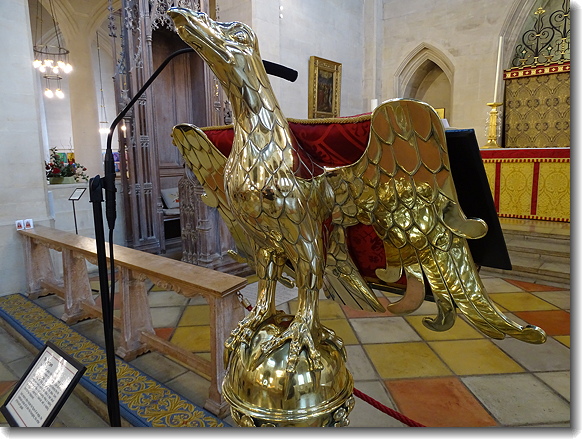 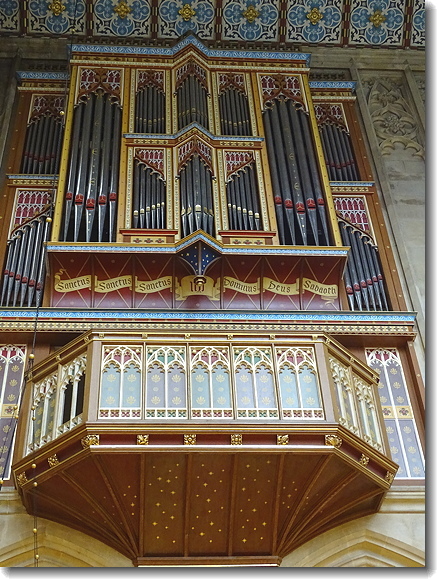 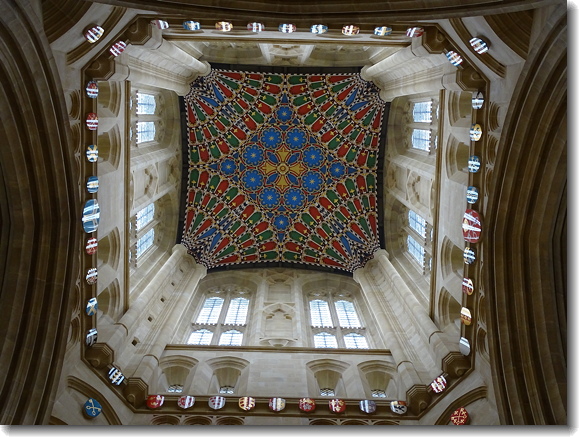 Looking up into the Tower 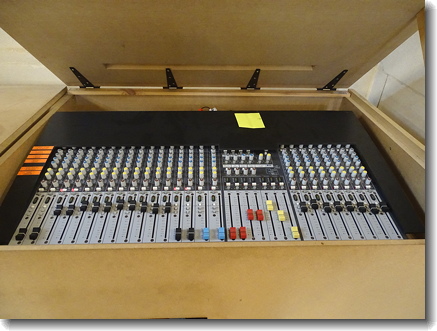 There are a huge number of windows in the Cathedral. I only had time to really look at a few. Below is a selection of some I particularly liked. They are labelled if I know who or what they depict. 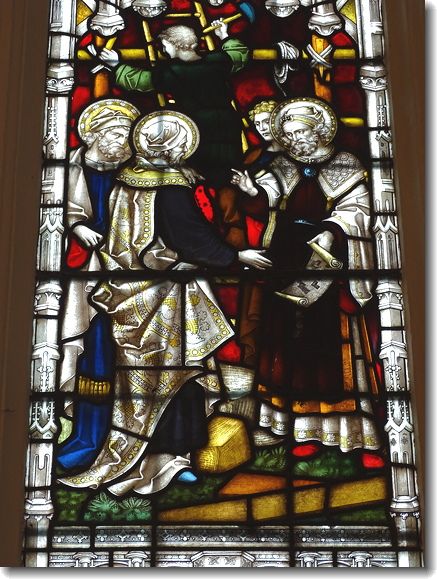 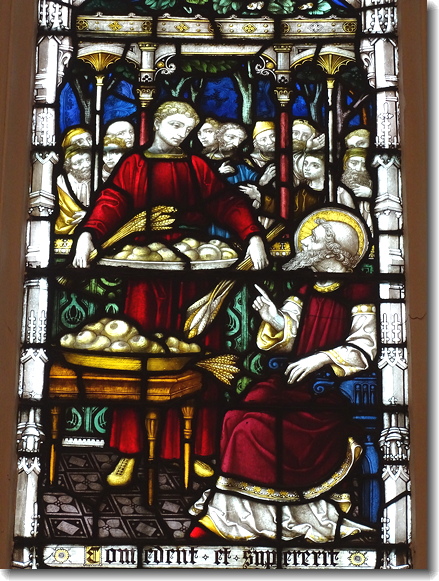 Samson, his hair having grown back, pulls down the pillars in the Temple. 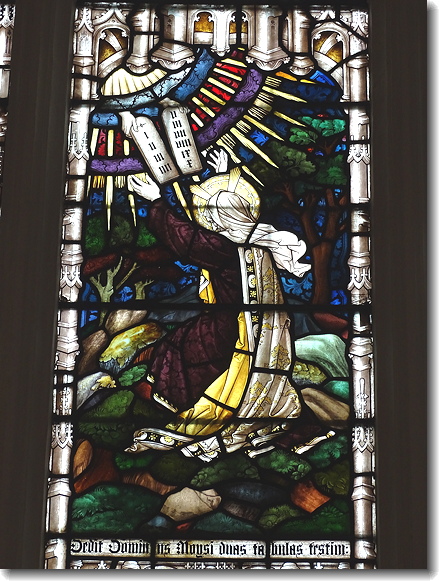 Moses is given the Ten Commandments 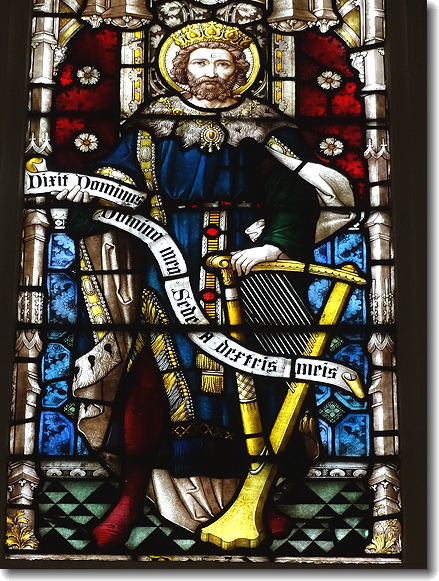 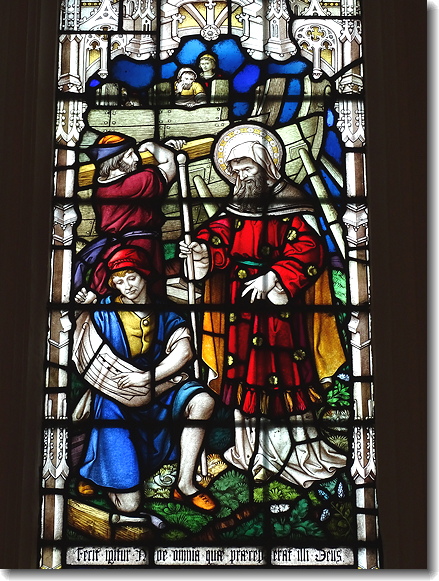 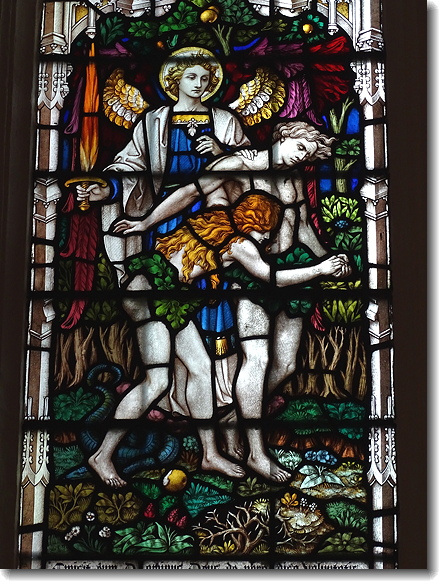 Adam and Eve are banished from the Garden of Eden and their return is blocked by an angel with a flaming sword. 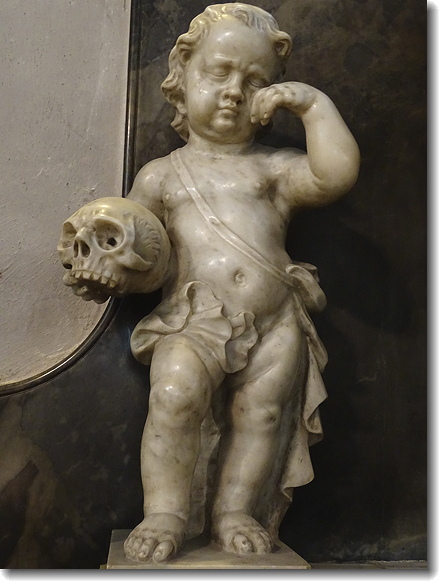 This little cherub is probably crying because someone told him his legs are fat. 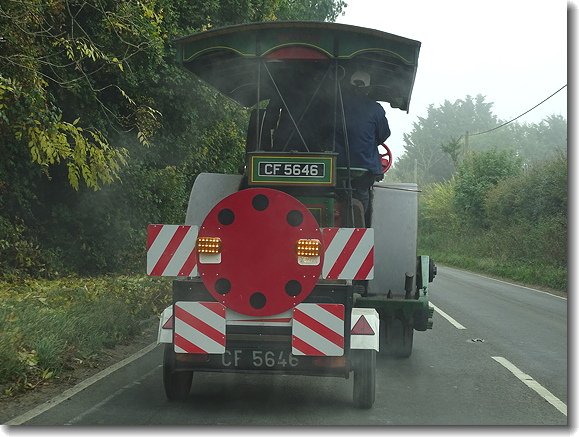 I have been stuck behind many different sorts of vehicles on the road but never a steam traction engine trundling along at 10kmh before! 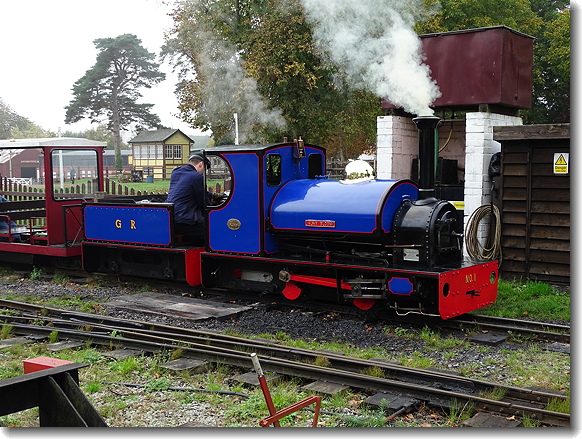 At Bressingham there are three different narrow gauge railways to ride. 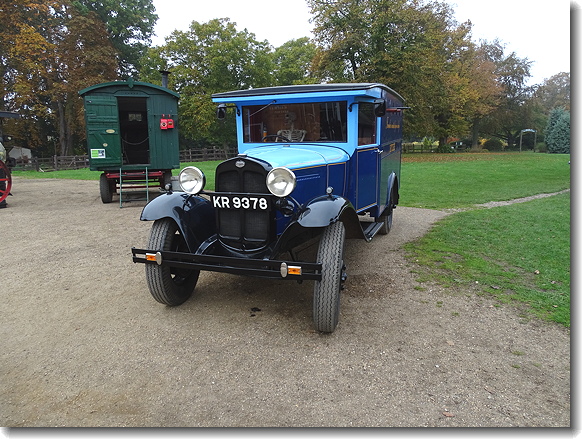 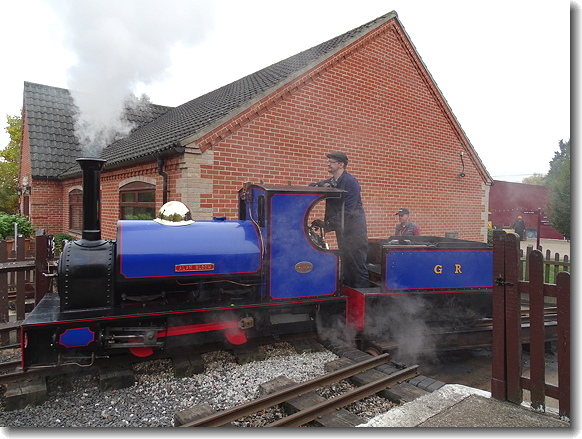 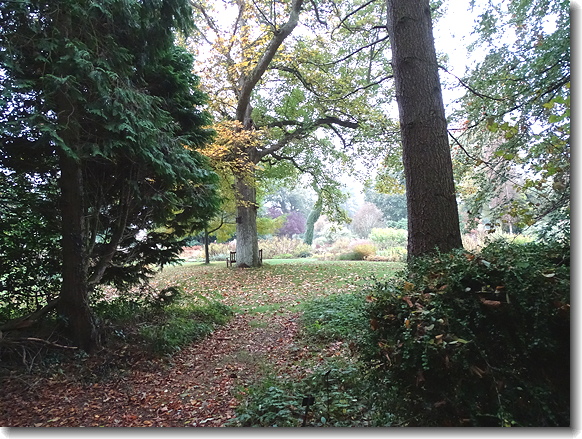 One of the trains was called the garden railway. Not sure why. 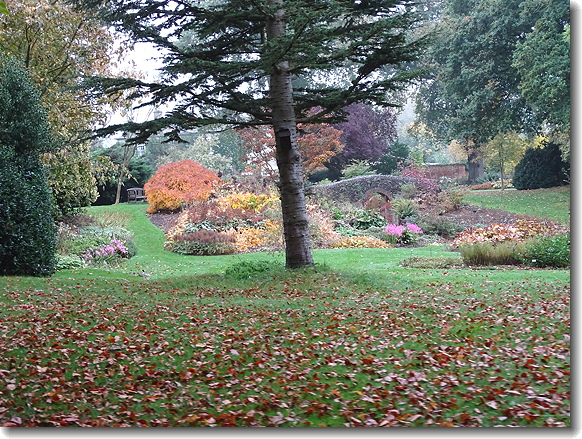 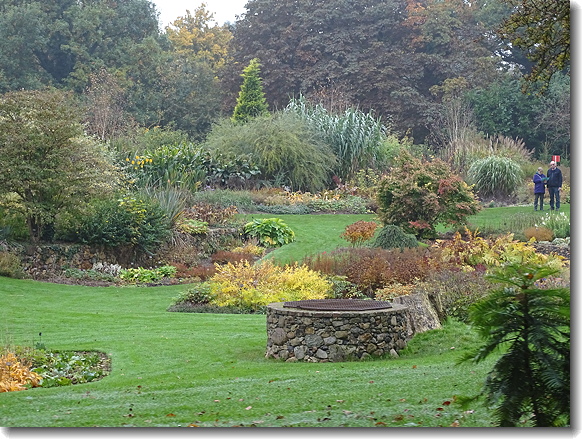 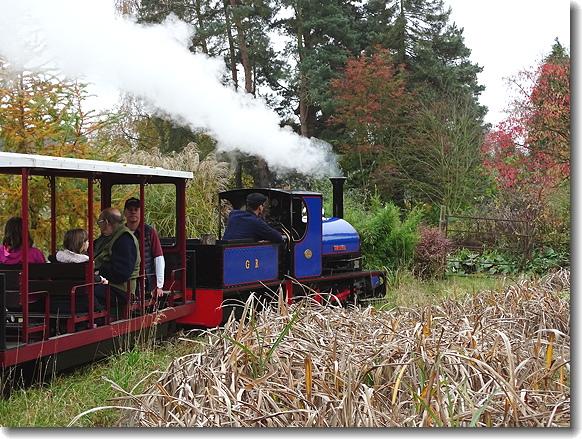 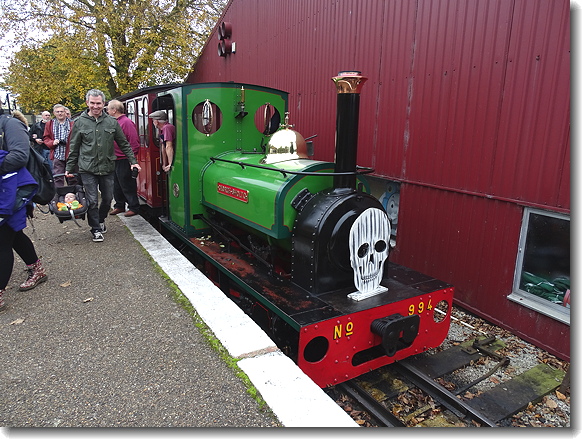 In England, Halloween is a much bigger tradition than it it in Australia. At Bressingham, this engine is ready for a special Halloween night (October 31st). 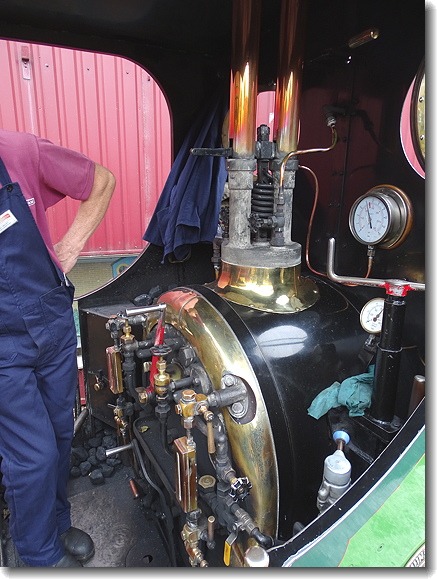 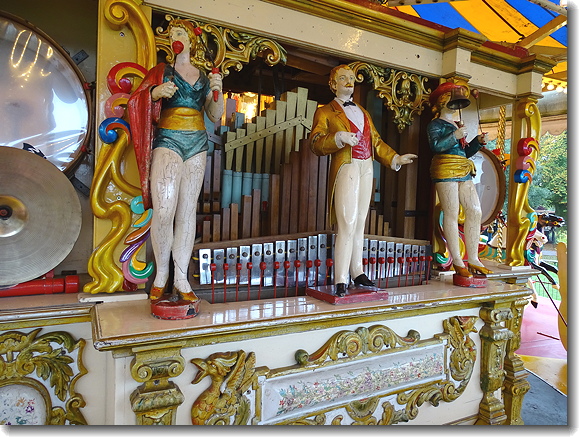 The carousel is usually steam-driven but the engine is in for repair. The organ was still working. 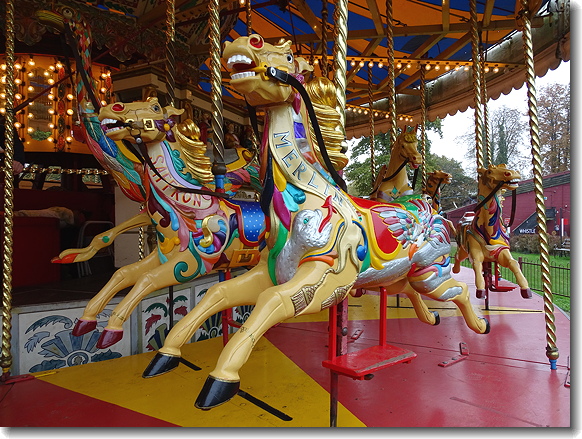 I rode "Merlin" and Satoshi was on "Saffron". The horses move up and down as the carousel turns and they are known as "Gallopers". 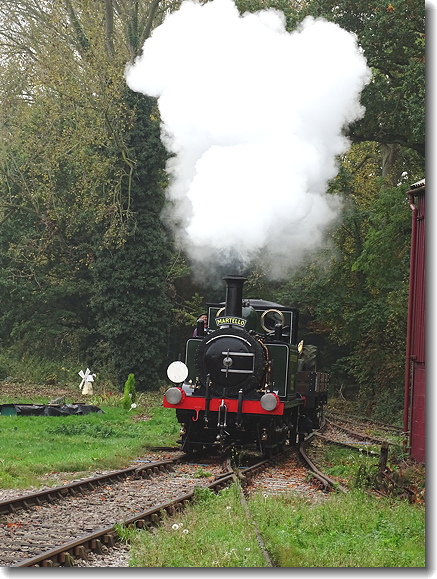 There is a small section of standard gauge track (only a few hundred metres). This loco has just been returned into service after an extensive (and expensive) overhaul. They were running it up and down the track for final testing and adjusting. 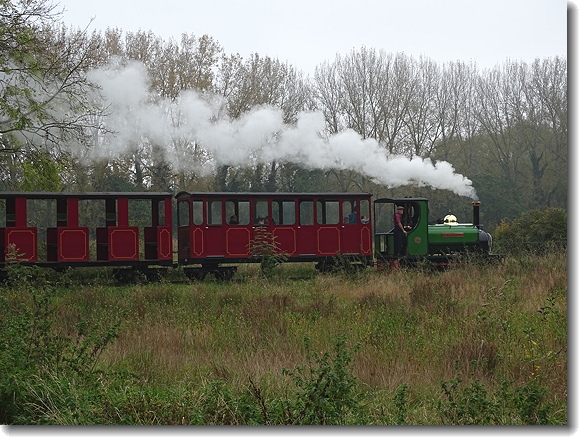 Daylight saving time ended in England last night and it was getting dark and quite cold by 4:30pm! We returned to Cambridge to attend Evensong at King's College at 5:30pm. We only just made it!....

And then discovered that we were actually two hours late - I had the time wrong!! So, after a quick bite at McDonald's, we went to the 6:30pm Evensong at St.John's College. Again the choir was faultless. The music included the Responses by Rose, the canticles were Watson in E and the anthem was Haydn's Awake the harp (from The Creation).