Today was a much quieter day for me. My leg is still giving me quiet a lot of trouble so I decided to stay in our accommodation this morning. It is within a large 19th century warehouse that has been converted into apartments. We have two bedrooms and plenty of room. "Sky" TV is included here so I was able to watch several very interesting documentaries about railways.

Satoshi went off to explore some of Liverpool and we met at the Cathedral in time for lunch and then Evensong at 3:00pm. I know that I have said that the music has been wonderful at many of the Services but this time it was superlative! It consisted of the introit O Be Joyful (Jubilate in C) by Benjamin Britten, the Responses by Smith of Durham, the St.Paul's Service by Herbert Howells and a new anthem O Give Thanks Unto the Lord by James Macmillan. This anthem was commissioned by the Friends of Cathedral Music who were present at the Cathedral as part of their 60th Anniversary celebrations. (This group has recently given a very large donation to our own St.Paul's Cathedral in Melbourne to help establish a girls' choir there.) The Choir was joined by the Roman Catholic Cathedral Choir. There were a total of 73 girls and boys and 23 men! The reverberation time in the Cathedral is 8 seconds. (This means that, for example, if you play a chord on the organ, you can still hear it echoing around for 8 seconds after you stop playing it - a VERY long time). This makes it extremely difficult to keep a choir in time with the organ, especially so with a choir of 100. We were very impressed that everything was managed so well. The sound of the music, layer on layer on layer, was almost indescribably beautiful.

After Evensong, we visited Liverpool Metropolitan Cathedral, the Roman Catholic cathedral. Like its Anglican sister, it is a modern building (completed in 1962) but is far more modernistic in style. 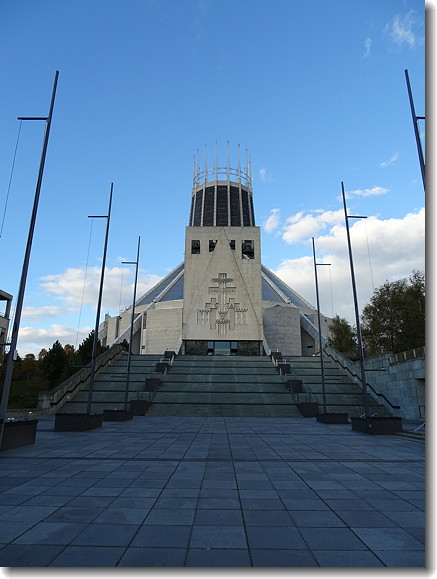 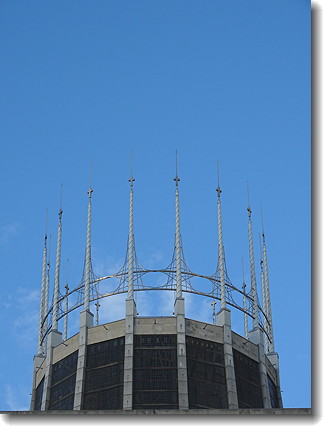 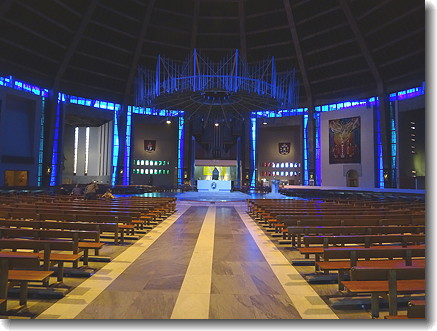 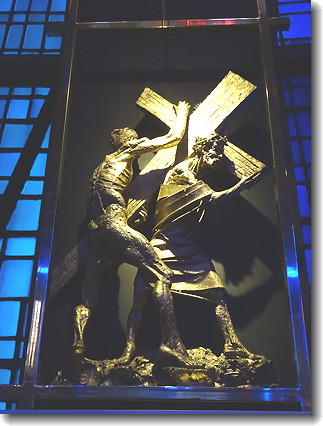 I found the modern depiction of the Stations of the Cross quite moving.

After a quick dinner at the nearby McDonald's, we headed "home" for journal writing and bed.