We were greeted by a magnificent sunny day today - not a cloud in the sky. 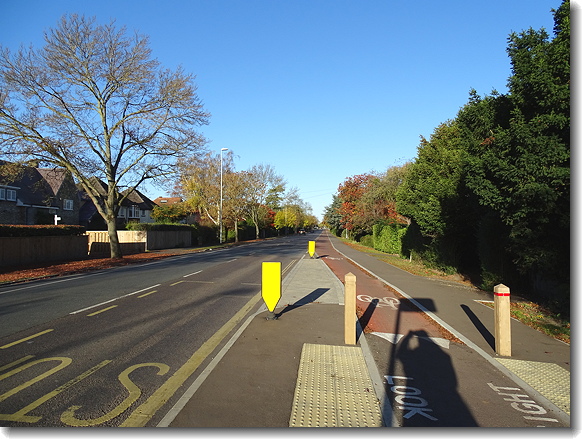 Not a car in sight! 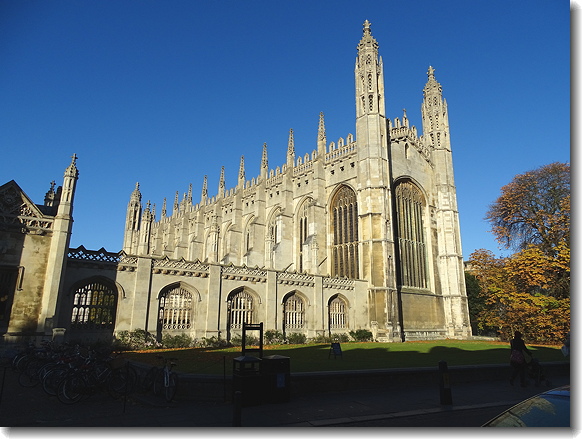 Not a cloud in sight!

As it was Sunday, there were many opportunities for worship and music. Firstly, we heard the bells of Great St.Mary's. There are 12 bells in the tower and campanologists (proper word for bell ringers!) were change-ringing them. You can see and hear the bells here and here.

We went to the 10:30am Sung Eucharist at St.John's which included the fine Mass in G minor setting by Ralph Vaughan Williams. You can hear a very good recording of it here. It was sung beautifully.

After the Service we walked to the Museum of Archeology and Anthropology. There were thousands of objects displayed over three floors. Here are some that caught my attention: 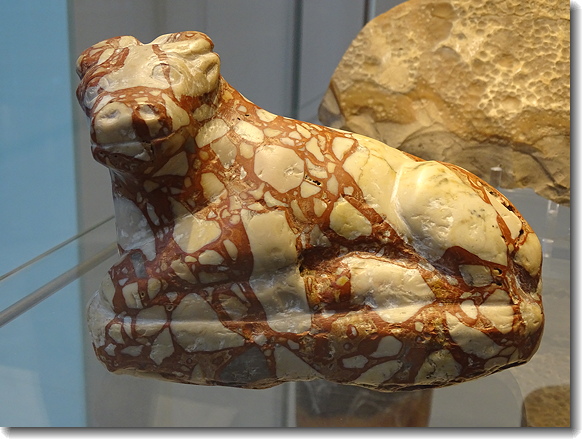 It was a thing of great wonder to be looking at this bull which someone in Egypt made at least 5000 years ago, before the time of the pharaohs. It was only about 12cms long. 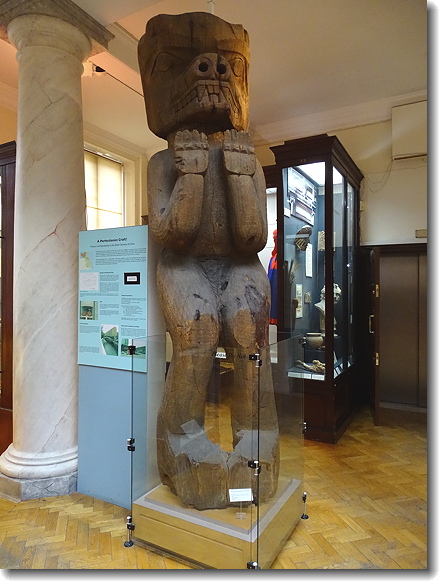 This house pole in the shape of a grizzly bear was collected in 1926 from British Columbia.

A head hunter's sword - the handle is ivory and the hair is human. 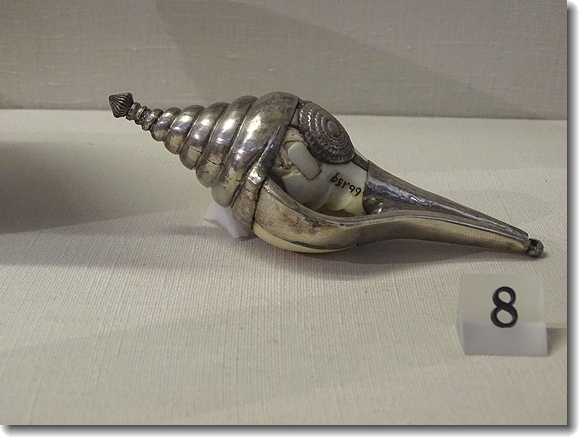 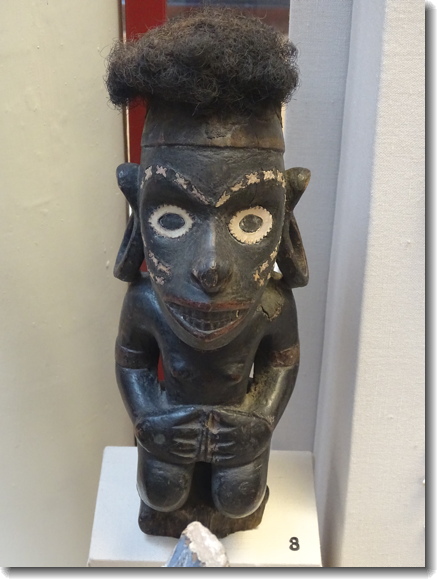 When I saw this male figure from the Solomon Islands, I thought of Bart Simpson! 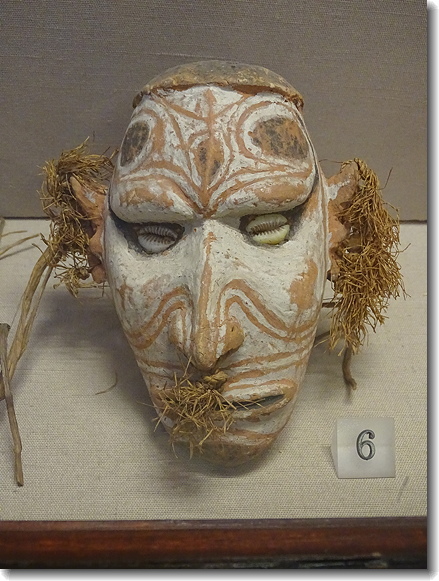 This miniature head, meant to be worn as an ornament came from New Guinea and was made somewhere between 1900 - 1930. 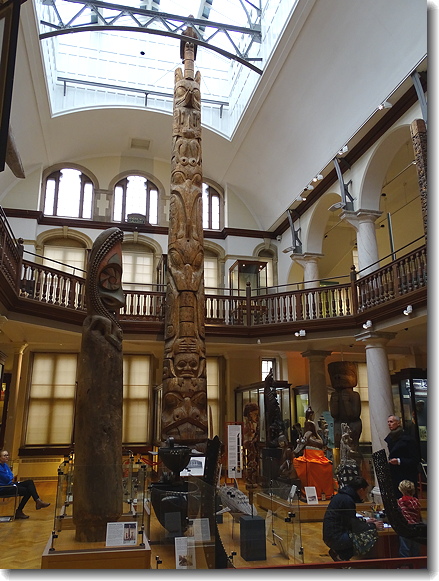 The enormous totem pole came from British Columbia and was carved about 1860. 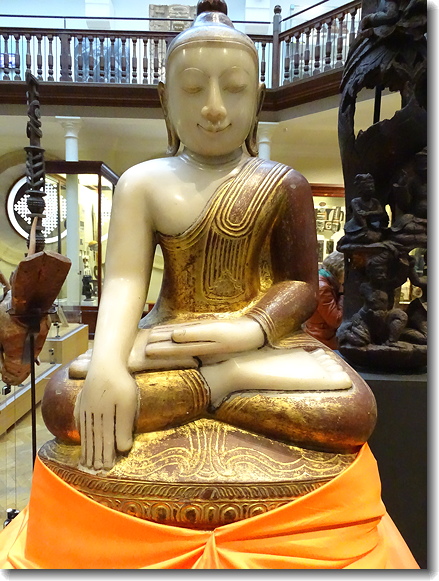 This Buddha was carved from alabaster some time in the 18th century in Burma. 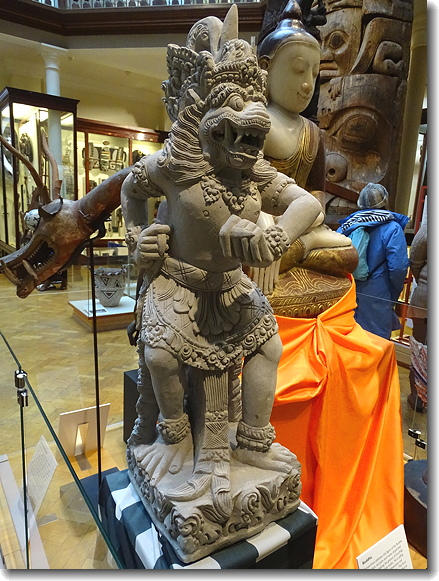 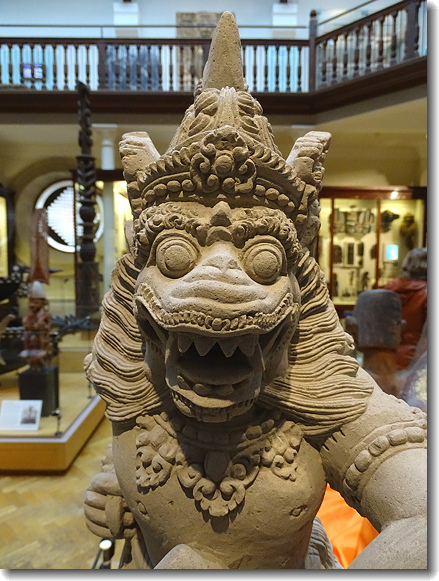 This is Hanuman, a Hindu monkey god. It came from Bali and was made sometime in the 20th century. 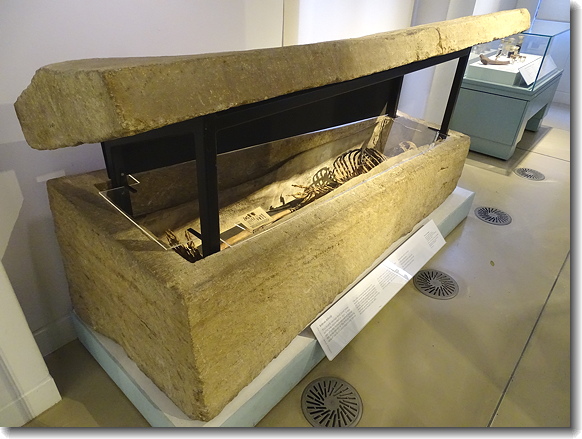 This 4th century Roman coffin was found near Cambridge at the site of a housing development in 1952. There were the bones of a mouse and a shrew inside as well. The skeleton's left ankle had gnaw marks suggesting that the rodents somehow got into the coffin before it was buried. Poor things! 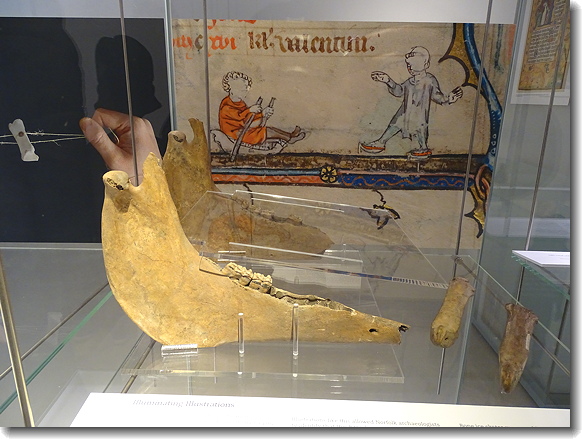 This was a most interesting exhibit. It showed how ancient illuminated manuscripts can help decipher what certain artefacts were used for. There is a child depicted riding a sledge made from a horse's jaw. This horse's jaw bone showed wear consistent with being used in this manner. The same applies with the horse-bone skates. Apparently skates were still being made from horse bones into the 20th century!

These clay whistles were found in Cambridge and date from the 15th-17th century. If water was put into the bird-shaped whistles, it caused the sound to warble, making it more like a bird. 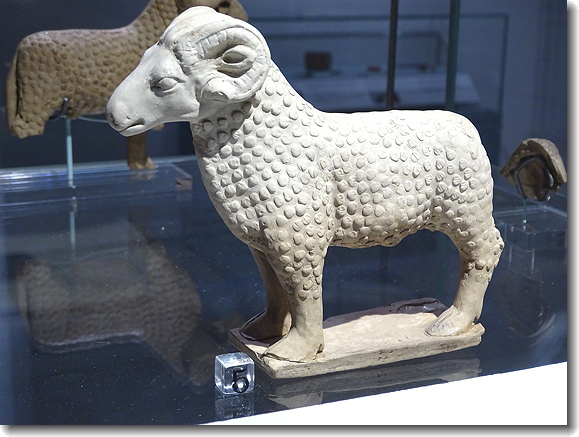 The sheep was found near Cambridge. It is Roman and dates from between 140AD and 160AD.

When we emerged from the museum, we thought we must be back in Melbourne because... the beautiful sunny day had been replaced by cloud and rain!

Evensong at King's takes place at 3:30pm on Sundays. We arrived in good time. It appeared that the rain and the cold had kept some people away as the line was quite short. We had an excellent position to listen to the choir. The music was the responses by Radcliffe, the Sumsion in G canticles, and the anthem was Berkeley's The Lord is My Shepherd. The organ voluntary was Pièce héroïque by Cesar Franck. It's a great piece - you can listen to it here. This was the best we have had from King's so far. The Sumsion in G canticles are wonderful too. Have a listen!

We had an an hour and a half to wait before going to St.John's for a 6:00pm organ recital so we sheltered from the cold and the rain in Caffé Nero (the two "f"s are correct). Satoshi says they have the best coffee in England!

Evensong at St.John's included the responses by Ayleward, the canticles, also by Herbert Sumsion, but this time his setting in A, and the anthem Lord, Thou Hast Been our Refuge by Ralph Vaughan Williams. This anthem incorporates the well-known tune St.Anne which is sung to the words O God our help in ages past. It also has a part for a trumpet. Again, it was all superbly sung and played. The organ voluntary was Hymne d’Actions de grâces ‘Te Deum’ by Langlais - a thrilling end to the service!