We awoke to a dull drizzly day which made it a little easier to leave! Our hosts were very kind, even doing loads of washing (and drying) for us! We packed, loaded the car and headed off from Huntingdon Rd, Cambridge, about 10:30am. 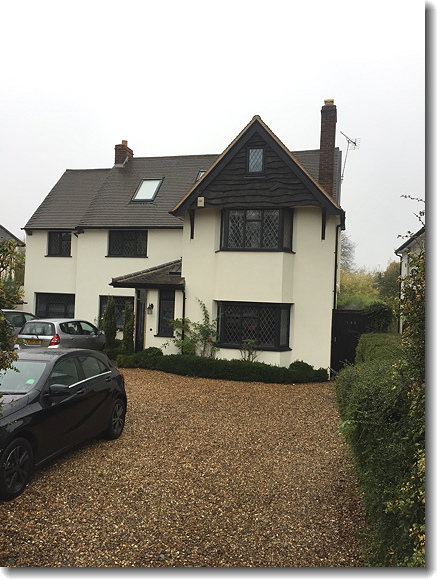 The front of the house taken today just before we left. 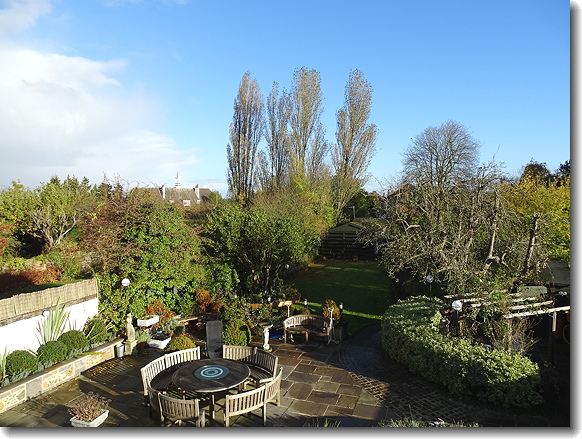 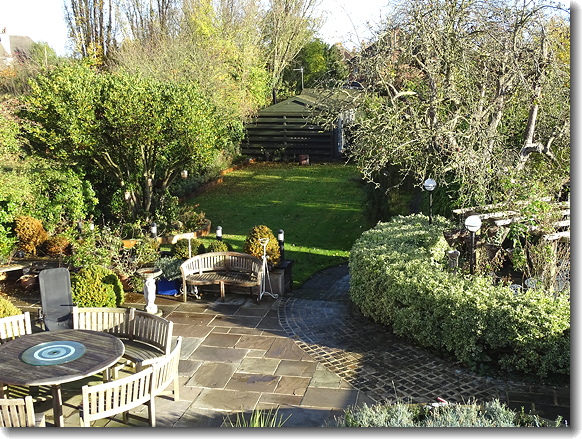 The view from our bedroom window, taken on the morning of the 7th November.

We stopped at an Ed's Easy Diner for a leisurely breakfast and left abut an hour later. As we were heading towards our destination, Oxford, it became clear that we were going to go very near Northampton on the way, we decided to try St.Matthew's Church again. You may remember that we could not go inside on the first try because they were auditioning for a new Director of Music. This time we were lucky! 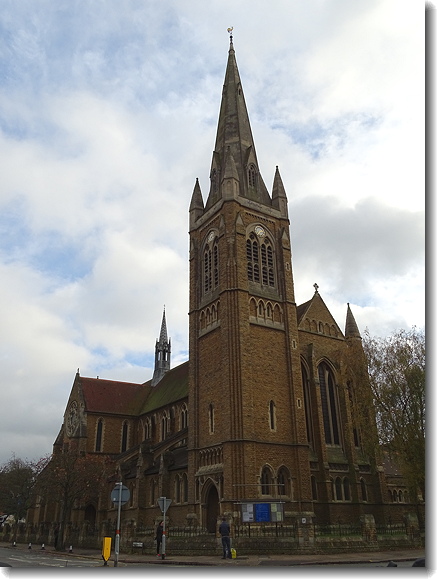 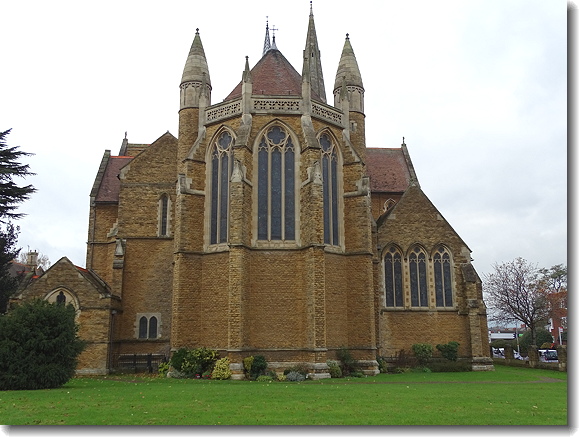 I was particularly interested to see this church because the second vicar, Reverend Canon Walter Hussey, commissioned many works of art, and musical pieces which were first performed here. Chief among these, from my point of view, is Benjamin Britten's cantata Rejoice in the Lamb which includes the treble solo For I will Consider my Cat Jeoffrey. The poetry of Christopher Smart together with Britten's music gives a lovely picture of a cat. You can listen to the first part of the cantata here (performed by the Choir of King's College). The solo starts at 3:57. 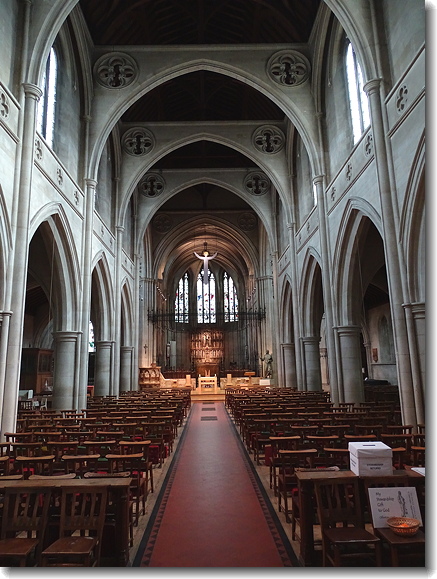 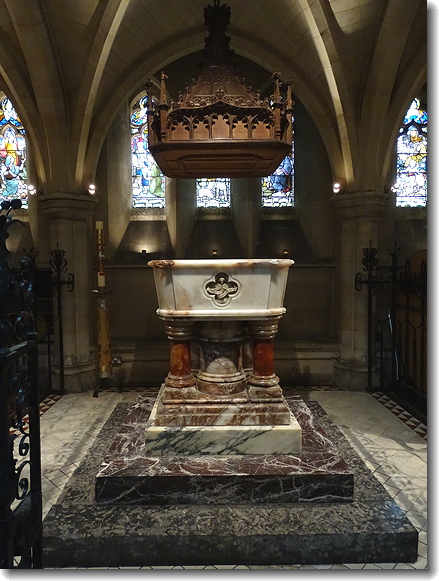 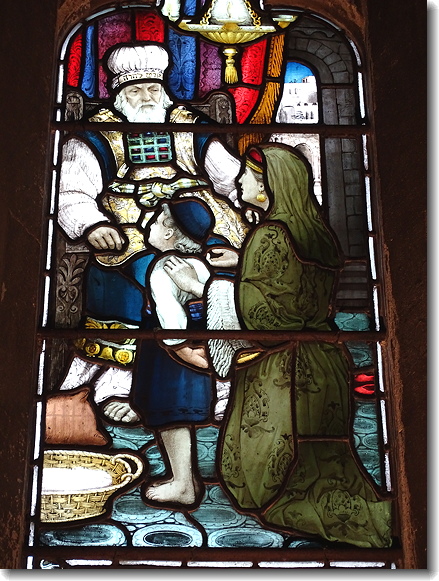 Hannah was so grateful to God for the birth of her son, Samuel, that she dedicated him to the Temple. 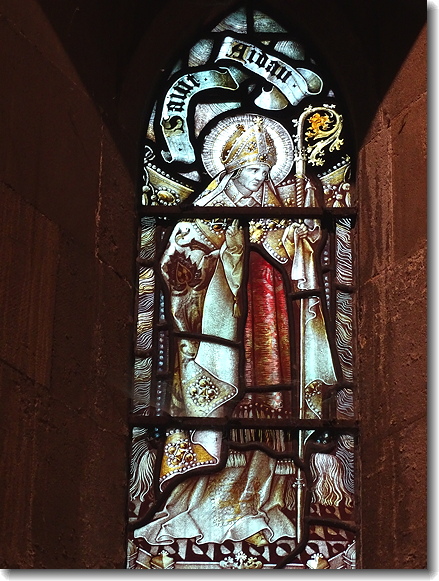 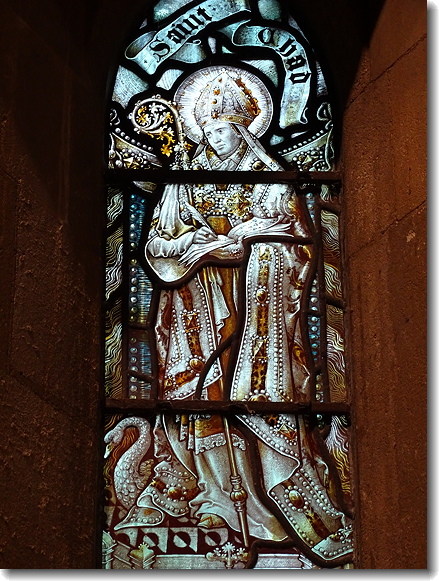 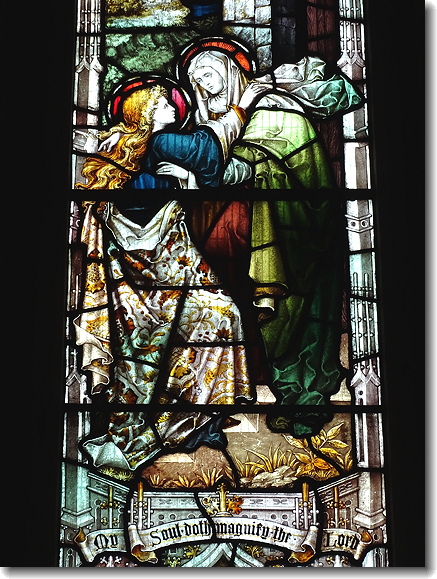 This is a depiction of Mary visiting her cousin Elizabeth when Mary was pregnant with Jesus and Elizabeth was expecting John the Baptist. Mary sang a song of praise to God which is now known as the Magnificat which is sung at Evensong. The first line is in the window. 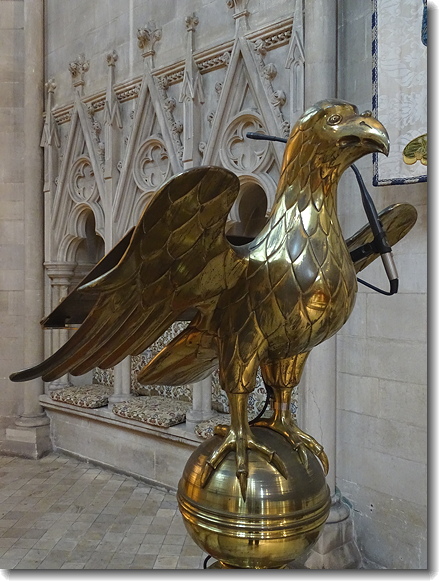 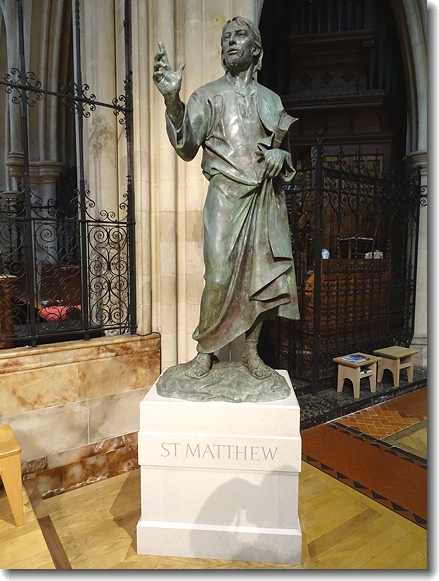 St.Matthew's has continued its patronage of the arts. This statue was installed in 2009. 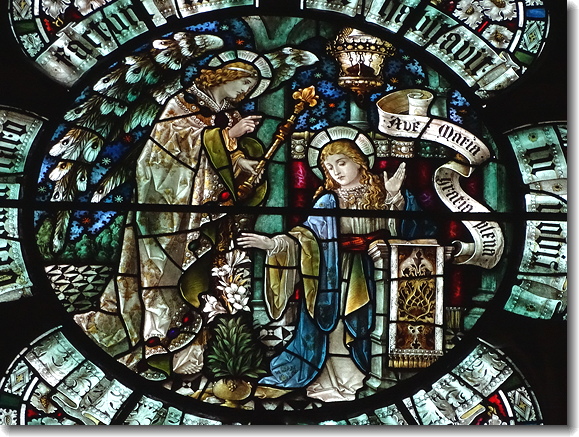 This beautiful depiction of the Annunciation is part of a large rose window high up on the wall of the north transept. 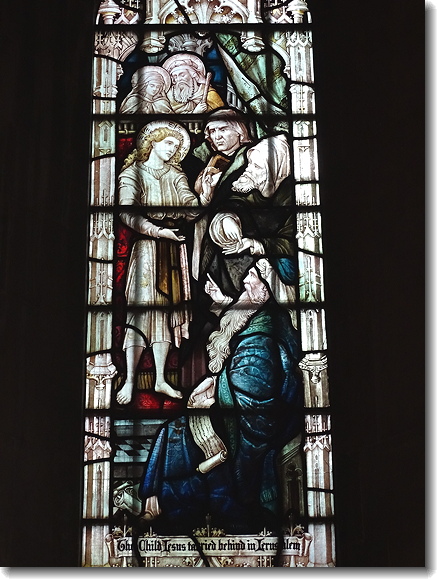 The child Jesus in the Temple, discussing theology with the priests. 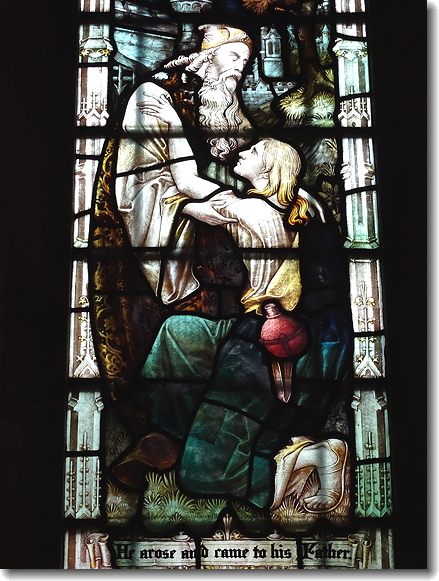 The Prodigal Son returns to his father after wasting all his money. 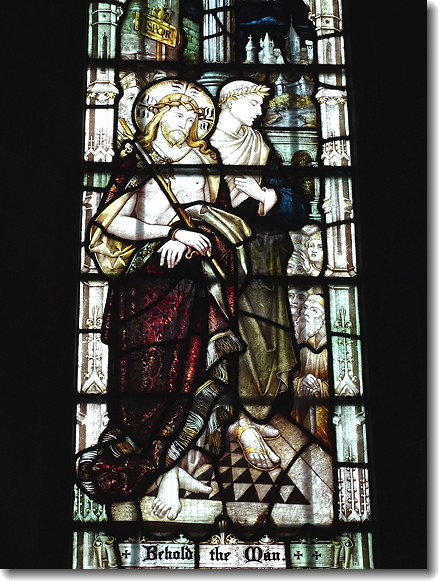 Pontius Pilate parades Jesus in front of the people during the trial. 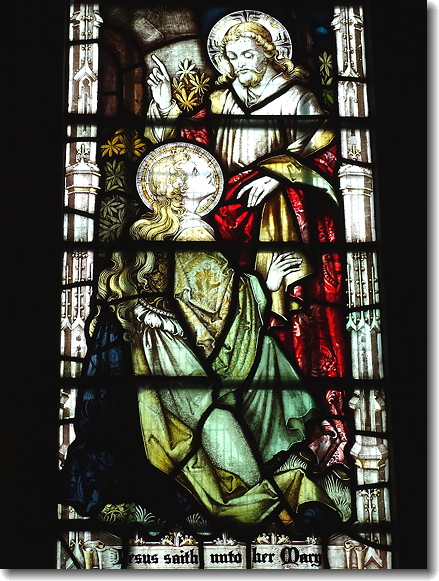 On Easter morning, Mary Magdalen mistook Jesus for a gardener until he spoke her name. 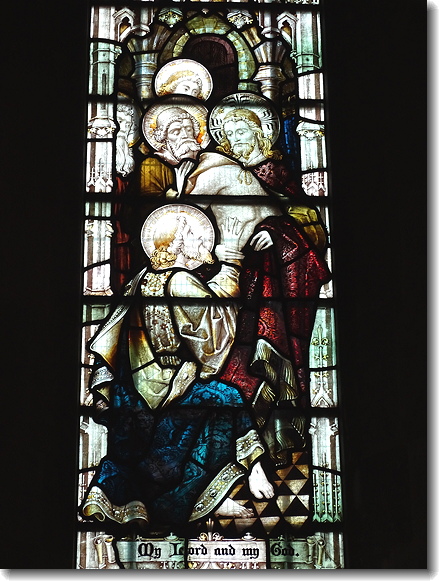 St.Thomas comes face to face with Jesus after the resurrection. 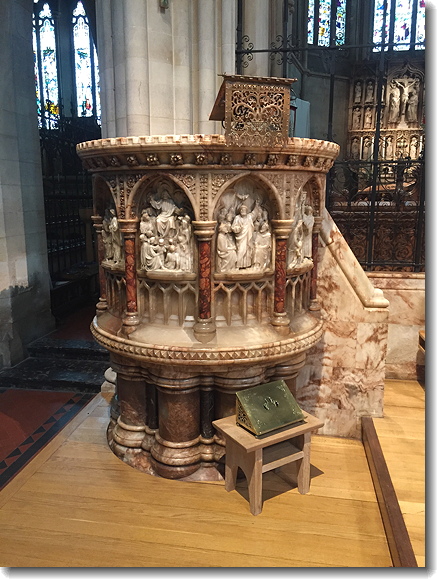 The pulpit is a spectacular sculpture carved from alabaster. 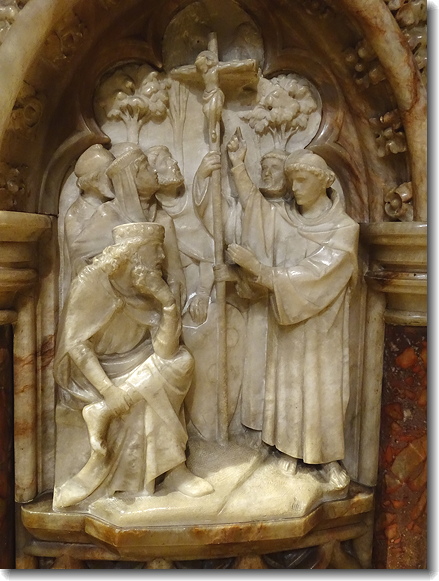 One of the panels on the pulpit

We arrived at our accommodation in Oxford about 4:00pm. After settling in, we caught the bus into the city to go to Evensong at Christ Church Cathedral. This was sung by the men of the choir and included responses by Tallis, an elaborate and very long setting of the Magnificat by Nicholas Gombert and the anthem Absalon, fili mi by Josquin des Prez. The music was sung beautifully but I didn't really enjoy it very much as, for me, a little music from this time period (early 16th century) goes a long way! Just a matter of taste.