In the morning, we attended the 9:45am Sung Matins at the Cathedral. On the way into the cathedral, we heard the bells being rung "half-muffled" because it was Remembrance Sunday. The music included the Ayleward responses and the Te Deum in G by Vaughan Williams. The Venite was set to Anglican chant and everyone was invited to join in. The sermon included the history of the Unknown Warrior buried at Westminster Abbey and a moving account of his body being returned to England from France and interment at the Abbey. Apparently, more people filled the streets that day than on any occasion ever.

We stayed for the Sung Requiem which followed. During the service we heard Faure's Requiem for the third time this trip! It was beautifully sung (although we both agreed that the Choir was not quite up to the standard of St.John's College in Cambridge).

We met up with Edward and Sarah Miller for lunch. It was great to spend some time with them. Although I have known Edward for many years, it was the first time I met Sarah, his wife. She is from New Zealand and is a primary teacher. She has taught one year in New Zealand, one year in Adelaide and is now in her first year of teaching at Oxford. There was much "shop" talk!

After lunch we went to Waddesdon Manor, a few miles from Oxford. This National Trust property had been billed as a "must see". When we arrived, the house was so far from the car park that they had a shuttle bus to take everyone there! I knew that there was a "Christmas" event at the manor but I did not realise that this meant that most of the house was not open and that the rooms that were available for viewing were all set up for Christmas. This meant that we saw hardly any of the "treasures" held in the house. It was quite disappointing really, especially when we purchased a guide book and realised what we had missed out on. On the positive side, we did not have to pay admission (£18 each) as we are members of the National Trust. By the time we left, it was dark and we saw that the whole front of the house and many of the trees in the garden were floodlit with ever-changing colour. This combined with strains of Bach's "Christmas Oratorio" from some very powerful speakers, produced a quite stunning effect and I was somewhat mollified. 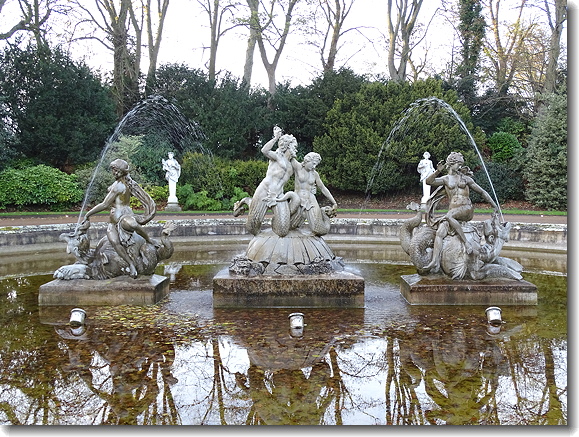 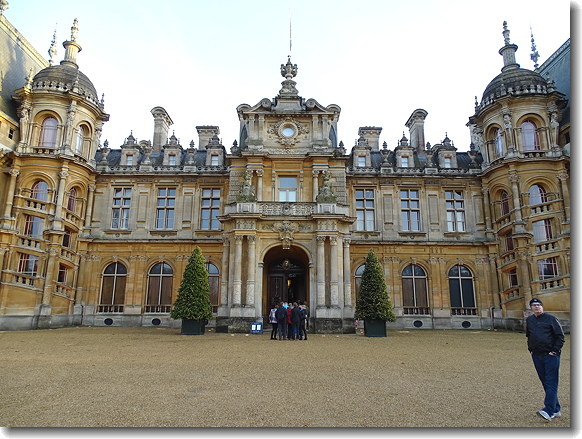 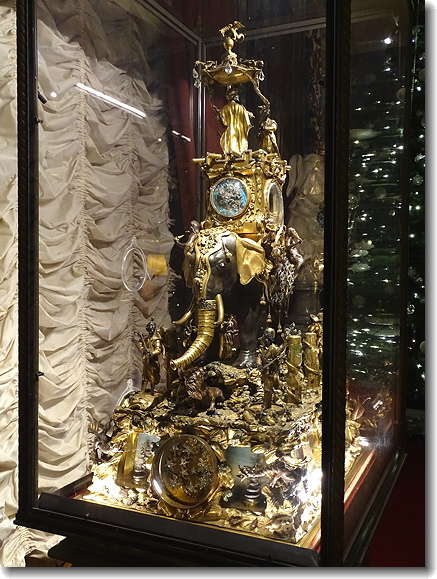 This musical automaton was made in 1774. It plays four different tunes and the trunk, ears and tail of the elephant move, the flowers spin and the characters move across the stages below. 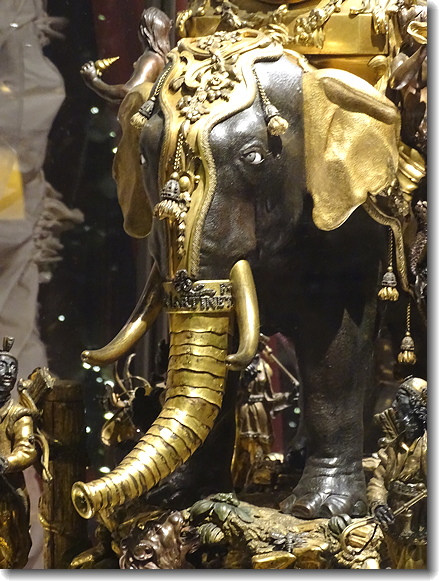 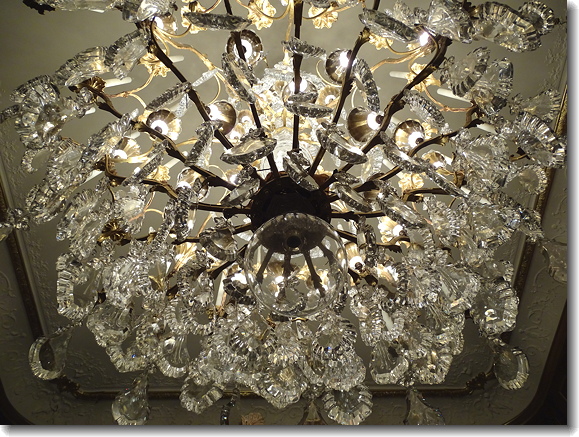 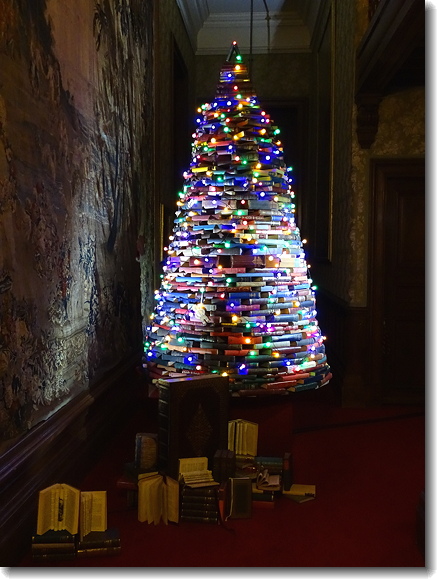 This Christmas Tree was made from books! 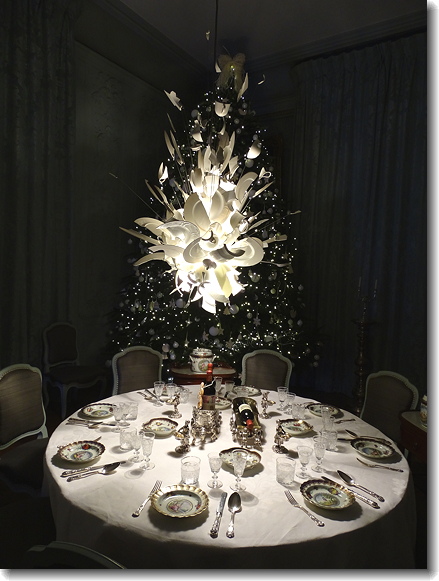 A very nice Christmas setting but not enough places for Christmas at 35 Arthur St! 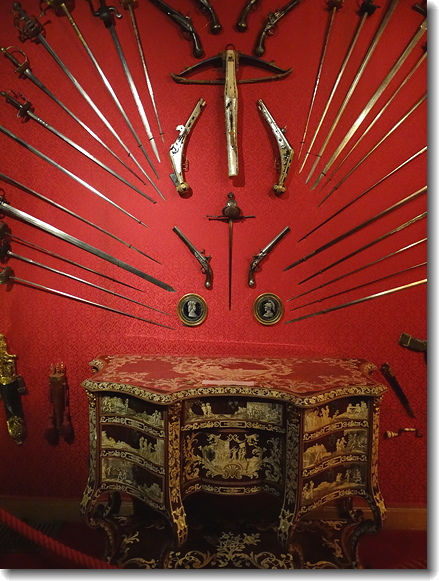 The display of weapons was created in 1898. 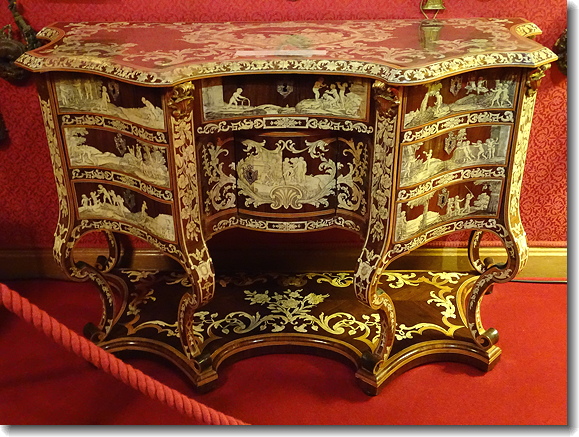 This chest of drawers was made in about 1730. It includes engraved ivory depicting children playing. 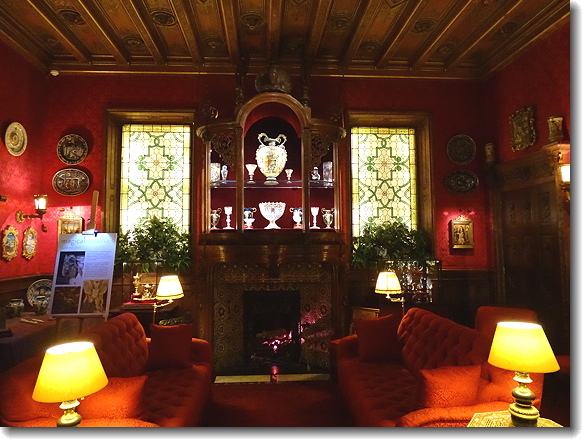 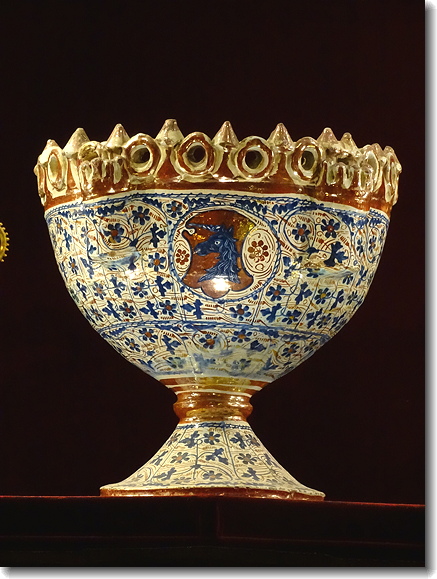 This basil pot was made in Valencia between 1440 and 1470. Basil was grown to rid rooms of unpleasant odours. 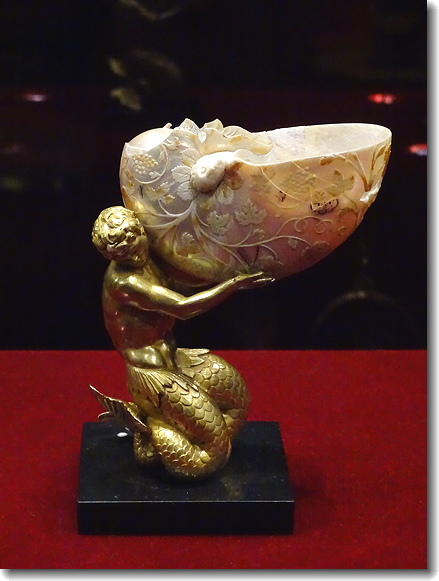 This mounted nautilus shell was made in the 18th century. 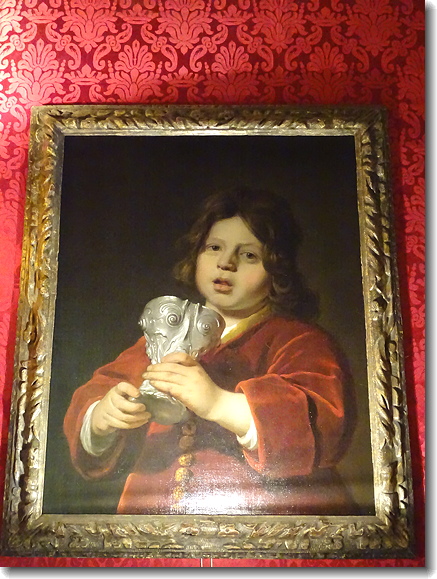 This portrait was painted Bartolomaeus van der Helst in 1657. 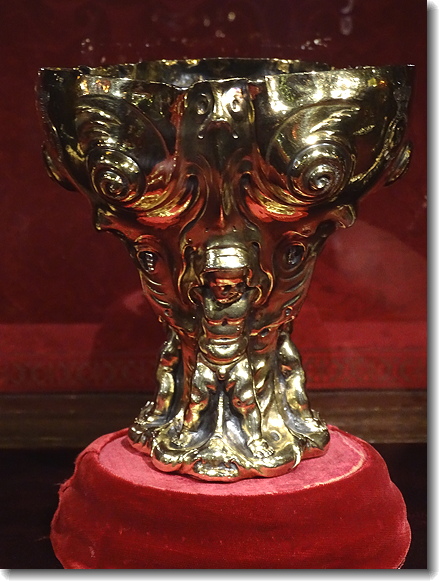 This is the cup in the above painting. (The gilding was added in the 19th century.) 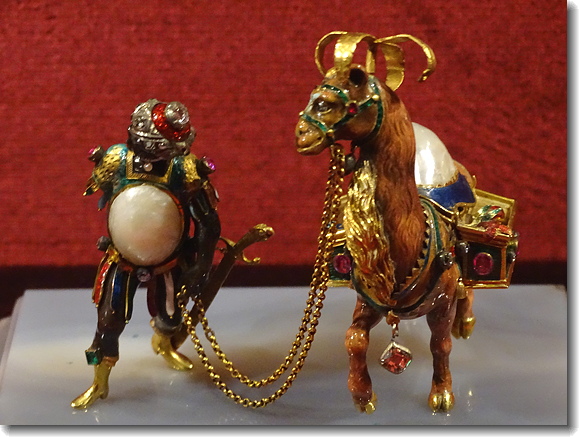 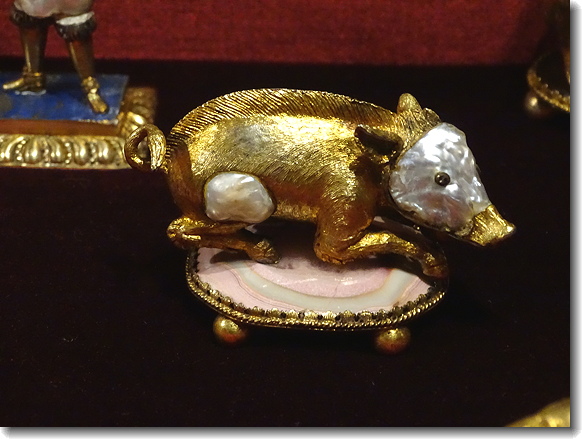 The two artworks above were created from misshapen pearls that were not suitable for necklaces. 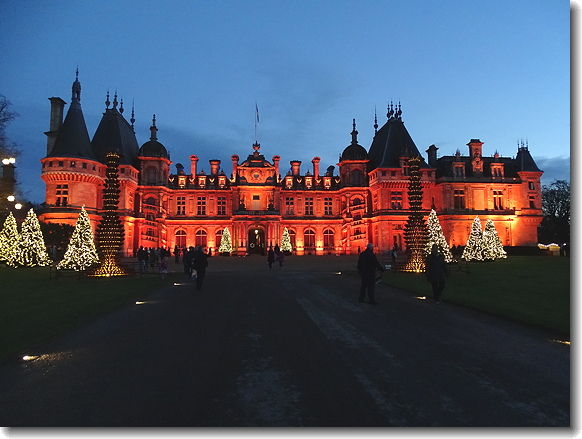 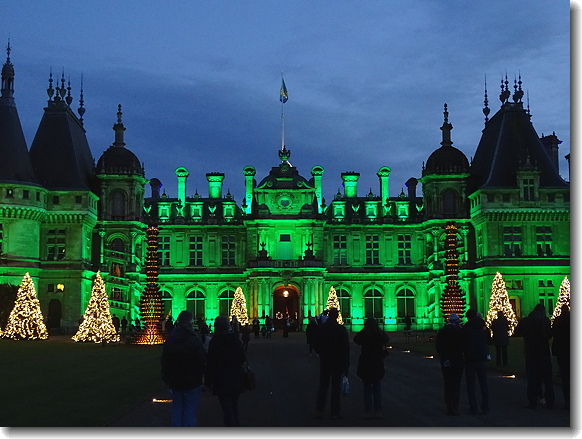 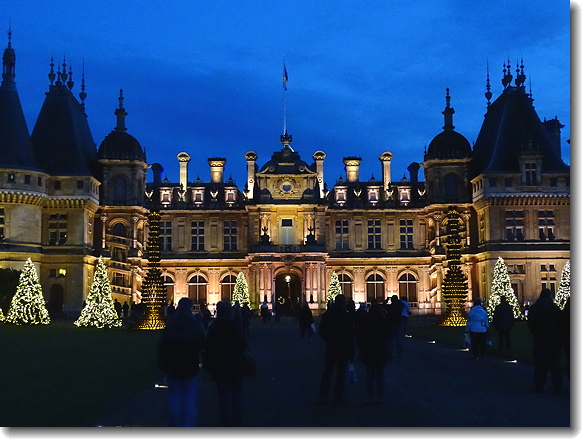 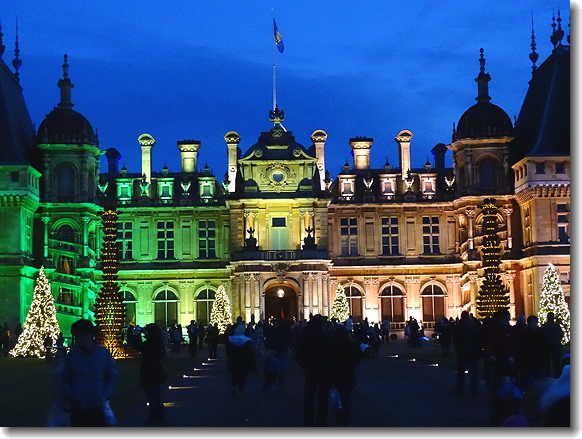 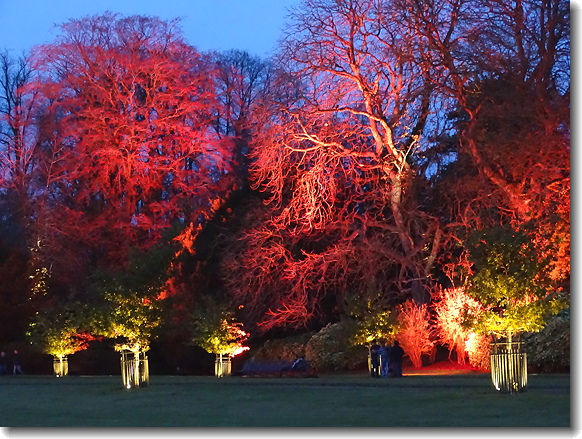 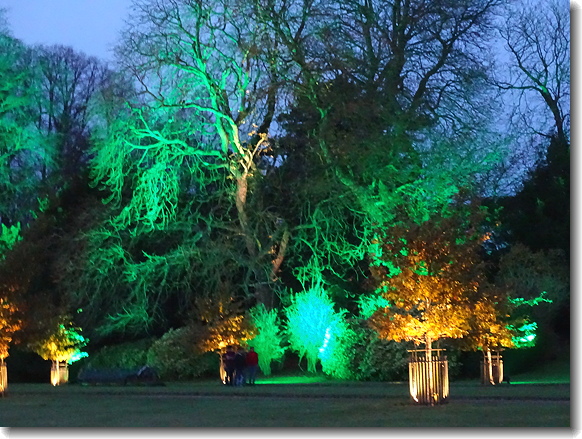 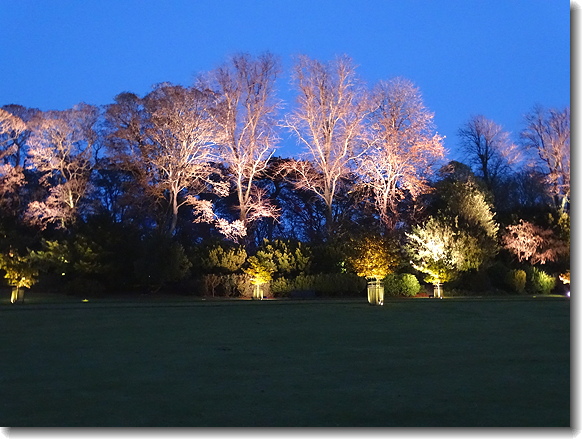 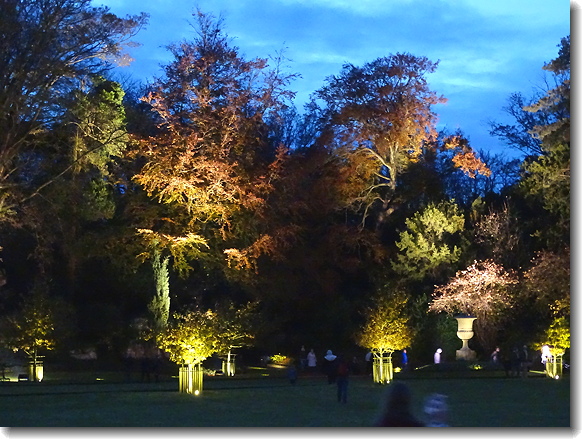 Our last Evensong at Oxford was again at the Cathedral. The music was the responses by Ayleward (again.. luckily they are beautiful!), the canticles in A flat by Rubbra and the anthem Valiant for Truth by Vaughan Williams. The singing was of a very high standard once again.