As it was still raining when we walked out of the Cathedral, we looked for inside things to do. We passed the Guildhall so we decided to go inside. 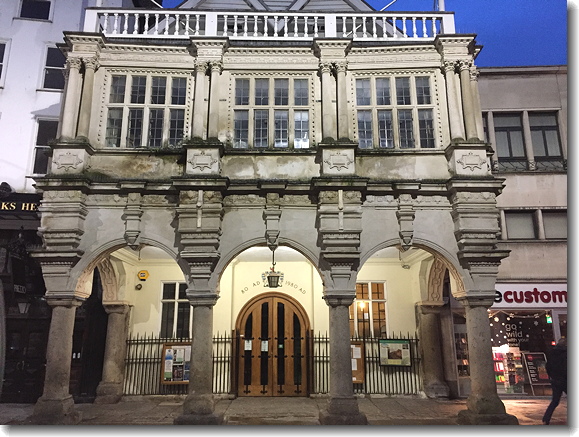 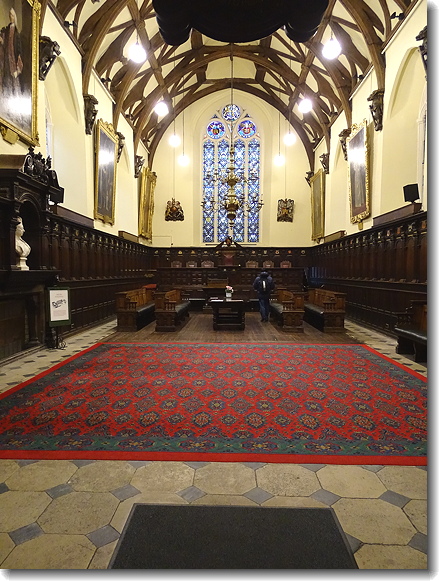 Interior of Guildhall. It is known that the current building has been located here since the 14th century and it may be even older. 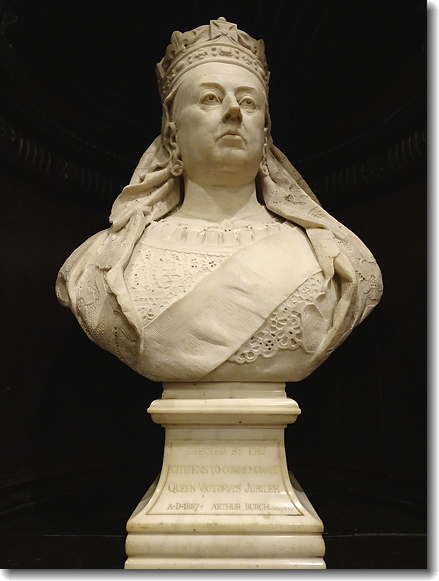 Queen Victoria pops up all over the place. 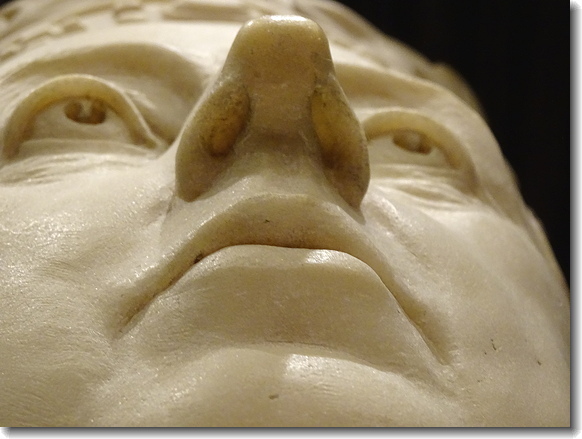 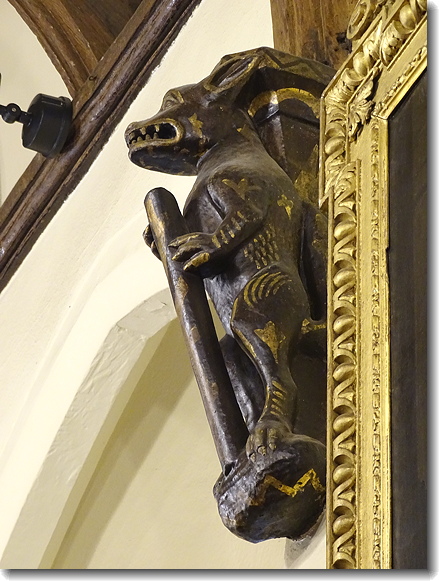 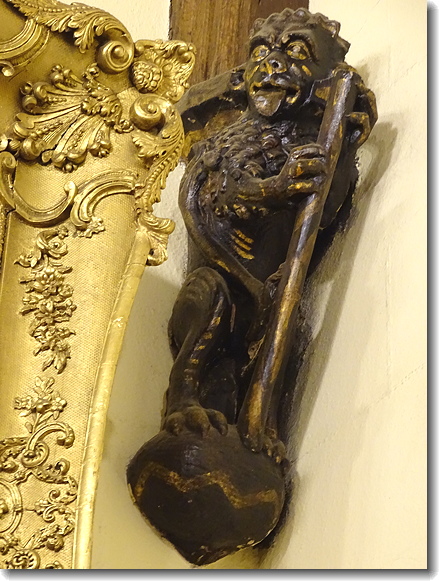 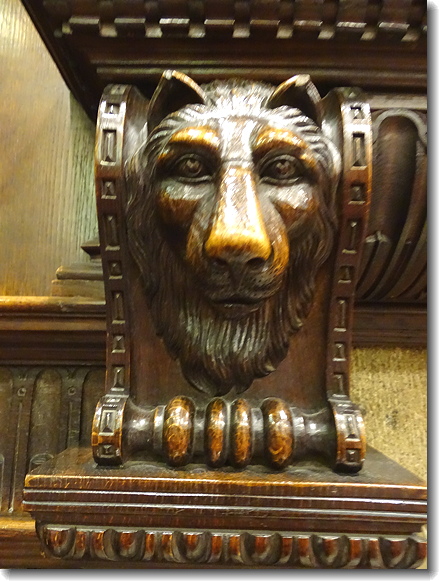 Detail of the Fireplace

Our next place of refuge from the rain was the Royal Albert Memorial Museum. 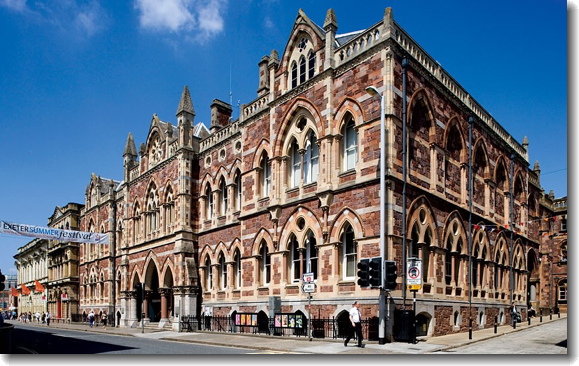 If it had been a sunny day, I would have taken a photo like this (which I found on the Internet) of the outside of the museum. 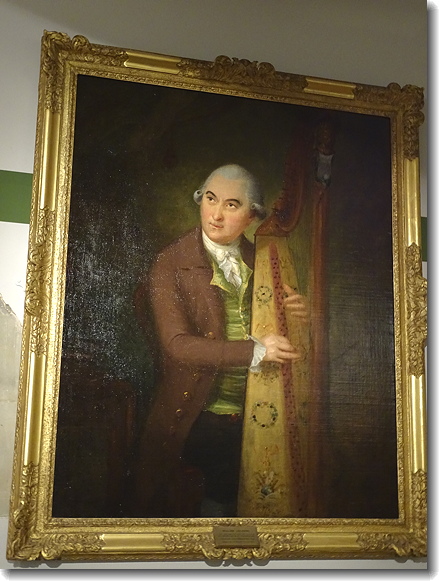 William Jackson was an organist and composer. He wrote a setting of the Te Deum which is very simple to sing. I have an old 78 record of 10,000 Methodists singing it in the Royal Albert Hall and have used it with choirs a couple of times myself. I never thought to meet him in the form of a portrait painted by no less than Gainsborough! 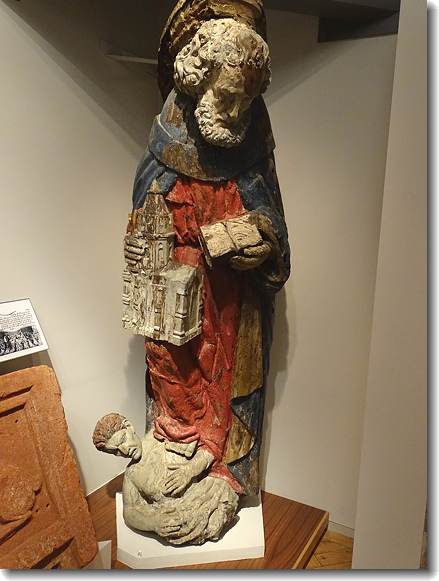 This statue of St.Peter trampling on the devil graced a house in Exeter beginning from about 1500. 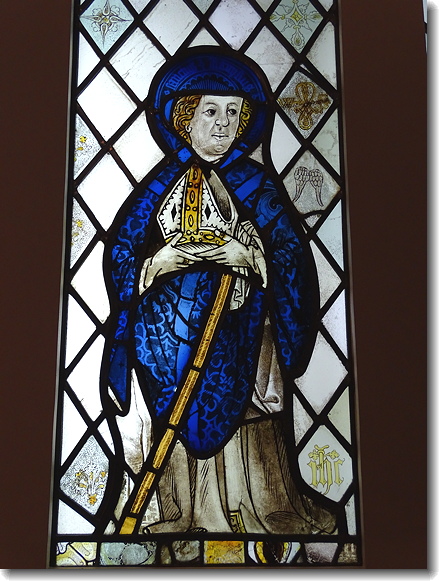 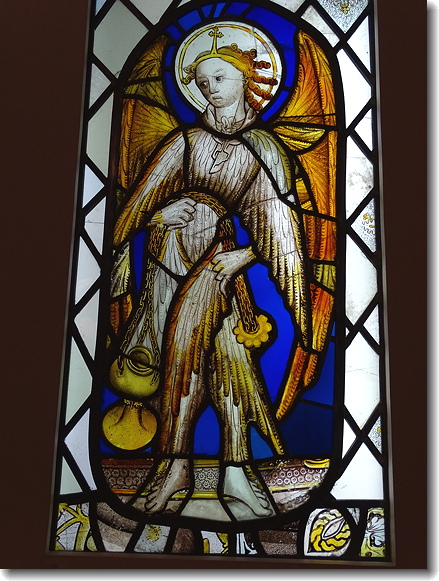 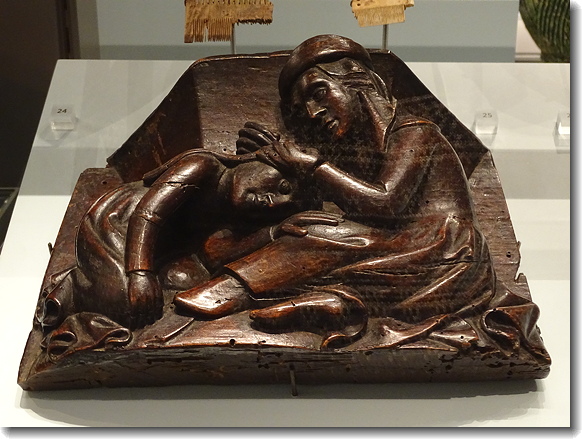 This 15th century misericord depicts a lady searching for nits in her companion's hair! 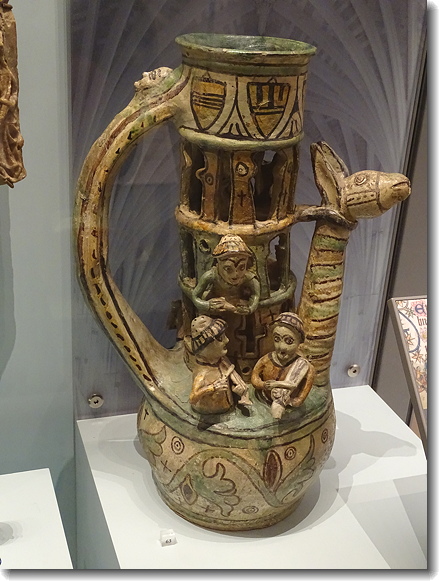 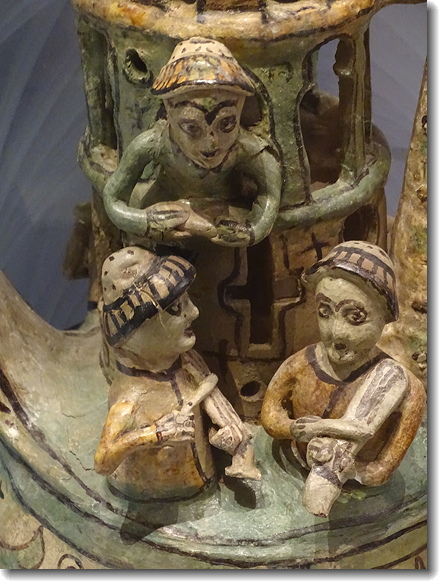 The "Exeter Puzzle Jug" was made in the south of France in about 1300. 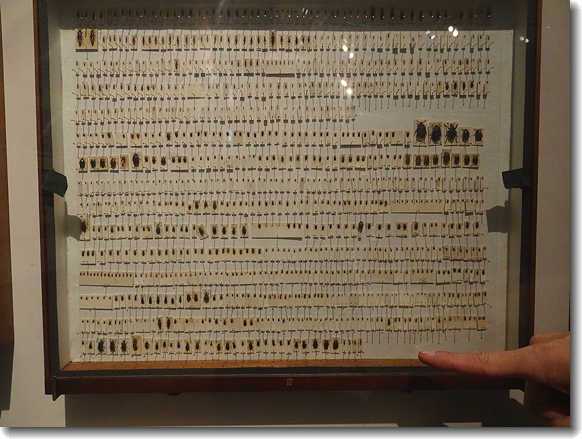 Imagine having the patience to catalogue and mount these tiny beetles! 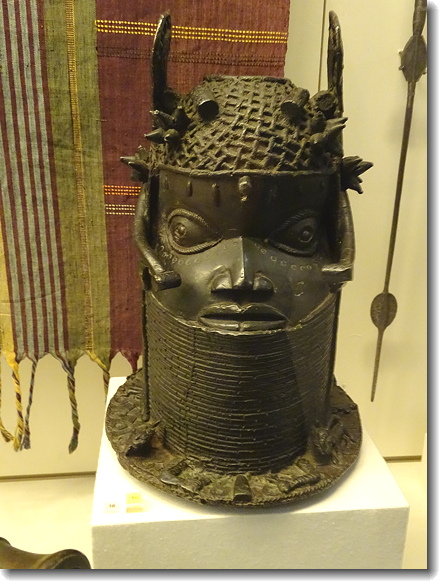 This figure of a head was carved in southern Nigeria sometime before 1922. 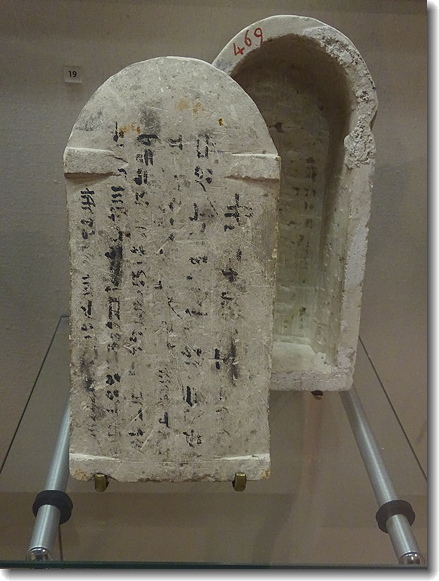 A limestone sarcophagus for a baby ibis bird. It was made in Egypt somewhere between 2,000 and 2,500 years ago and was probably an offering to the god Thoth. 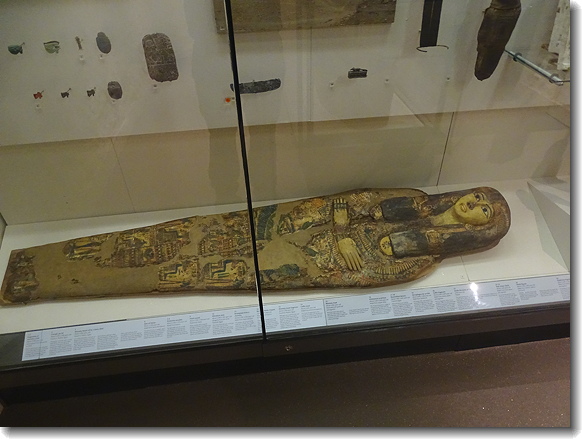 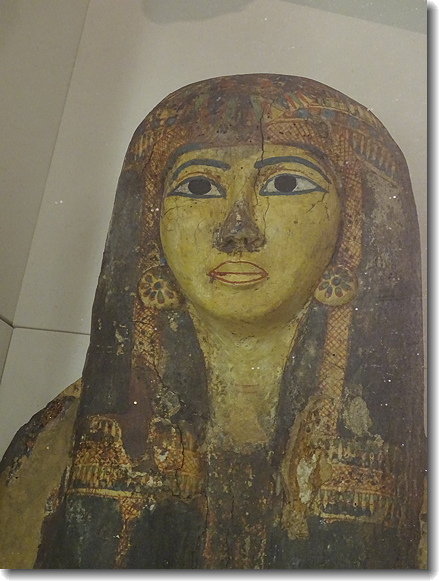 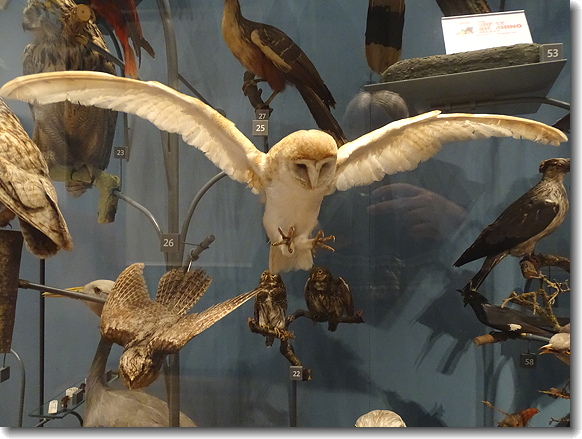 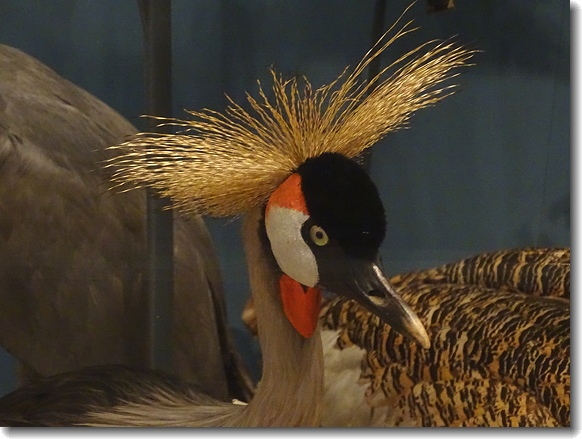 Unfortunately, the museum closed before we had quite finished viewing its eclectic range of exhibits. We headed back to the Cathedral for Evensong. The music was the responses by Millington, the Darke in F setting of the canticles and Herbert Howells' anthem Hymn for St.Cecilia. The boys and men of the Choir sang very well. I was disappointed that this was the only opportunity to hear the choir but it couldn't be helped!

As we had booked to go to a movie, we went to McDonald's for dinner. We got a big surprise when we heard some lovely classical music as soon as we stepped inside! It really lifted the feel of the restaurant.

We went to the Vue Cinemas to see the new J.K.Rowling film Fantastic Beasts and Where to Find Them. It was a bit slow at the start but, once it going going, it was quite good (although not up to the standard of the Harry Potter movies in my opinion).