Today we revisited Hereford Cathedral in order to finish looking around and to visit the shop. We also had breakfast at the café. It's good to support the cathedrals where possible - they cost so much to keep standing! 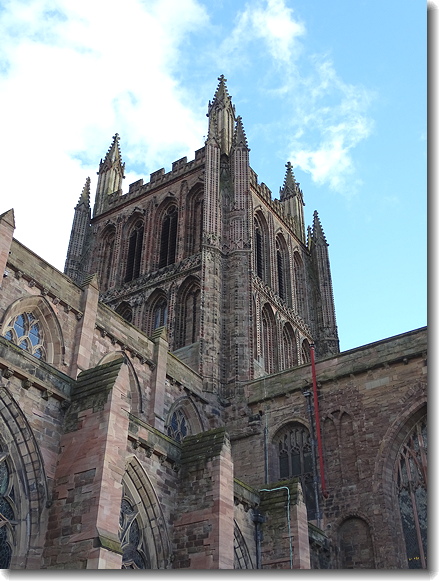 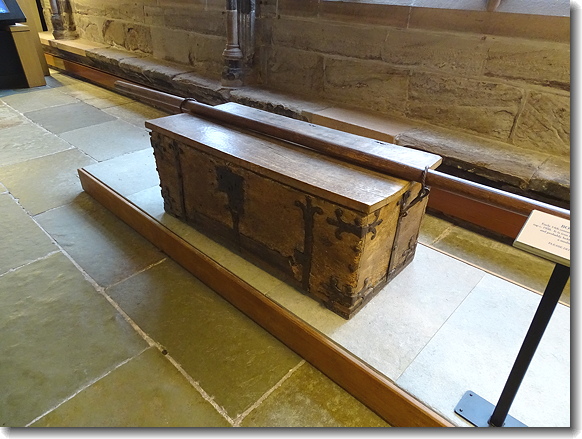 This book chest (complete with pole for carrying it) was made in the 14th century. The top was replaced in 1930. It was most likely used by a medieval bishop to transport his books. 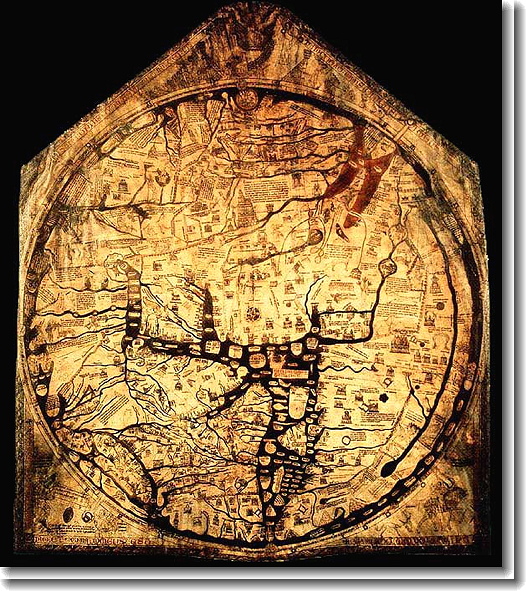 This is Hereford's 13th century map of the world. It combines anthropology, theology and geography and is considered to be one of the most remarkable and important medieval works of art in existence. It is known as the "Mappa Mundi". This excellent website has much information about it and allows you to explore many of its intriguing detail. 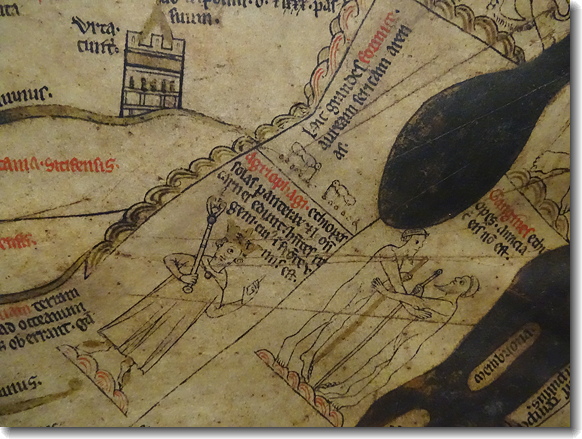 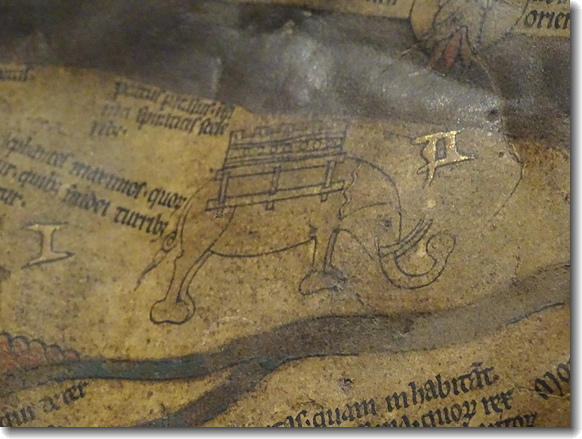 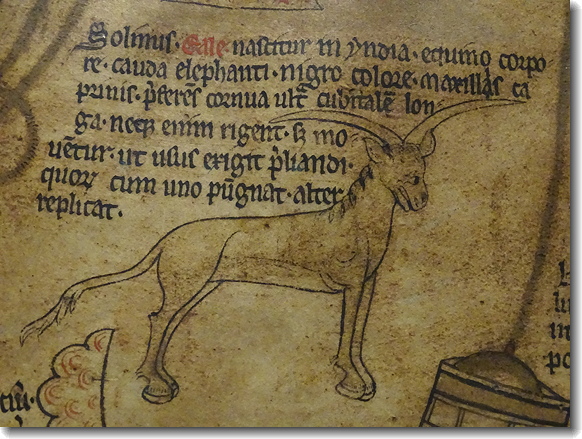 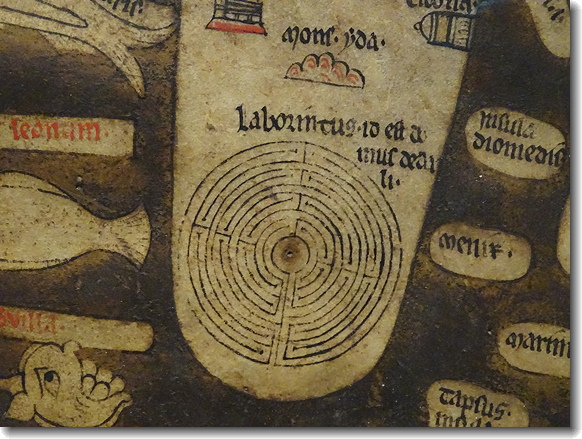 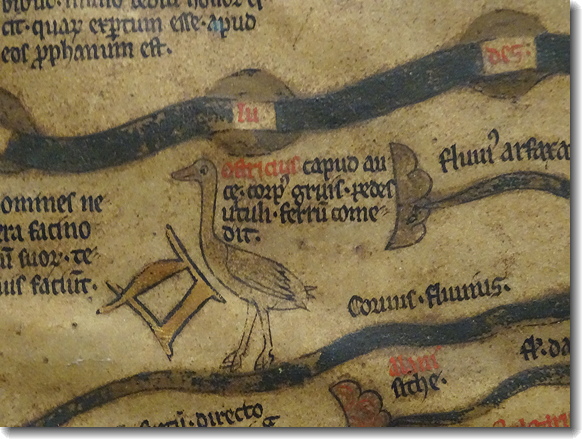 The five photos above are sections of the map that took my interest. 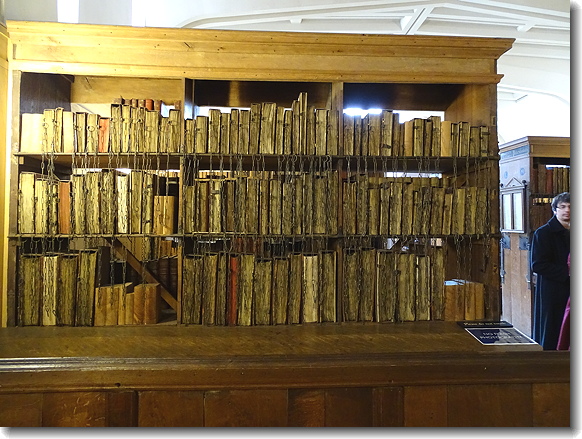 Another great treasure housed at the Cathedral is its chained library dating from 1611. The oldest book in the library is the "Hereford Gospels", an 8th century illuminated manuscript of the four gospels in the Latin of the "Vulgate" version of the Bible. 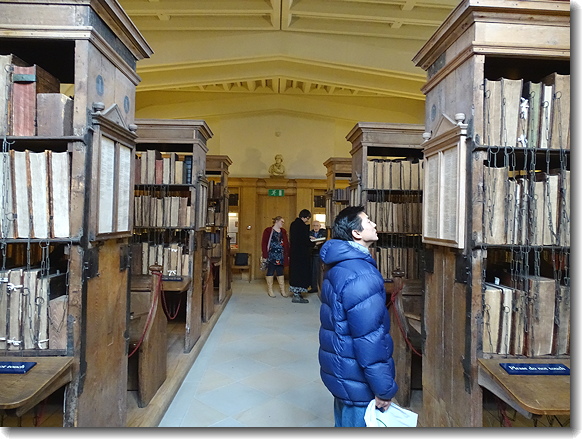 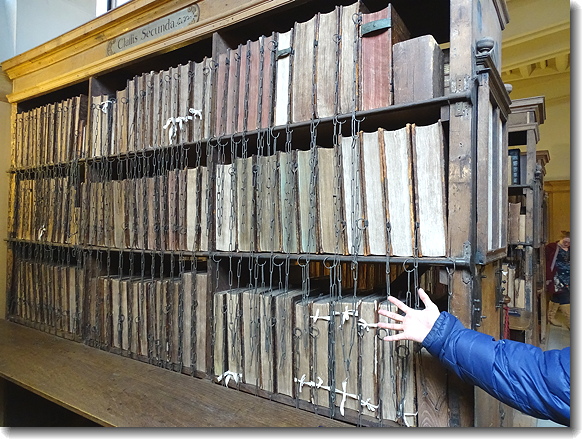 Some of the books are quite large! 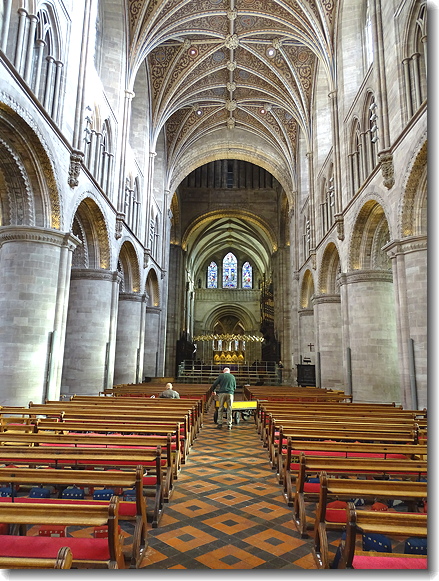 The Nave - Note the size of the Norman pillars. 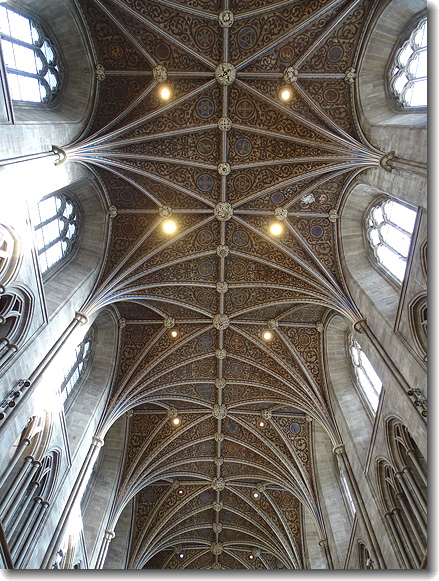 The ceiling of the Nave 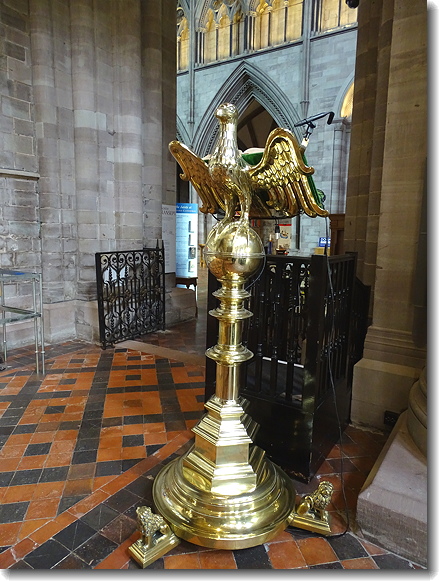 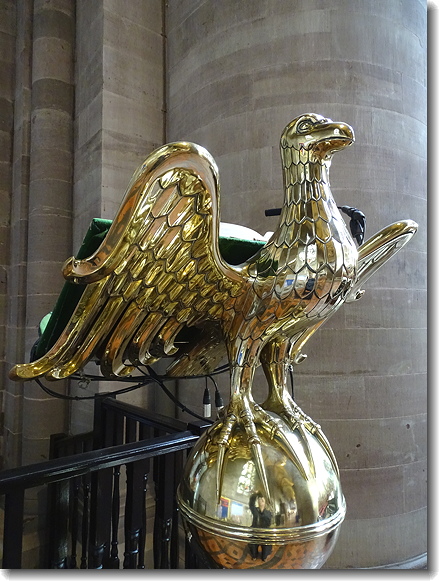 Detail of the Lectern - so shiny you can see me taking the photo! 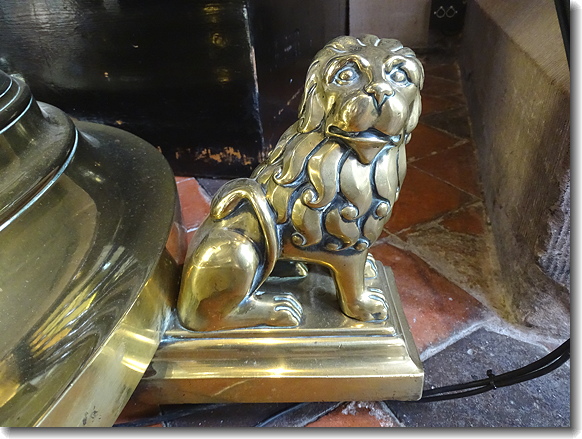 Well-behaved lion at the base 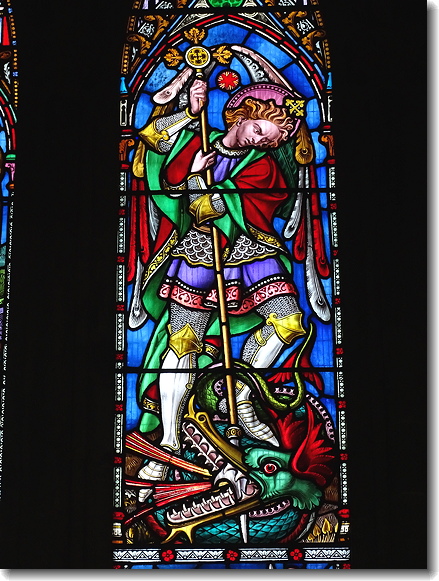 St.Michael and the Devil (The devil is the one with the spear through his head.) 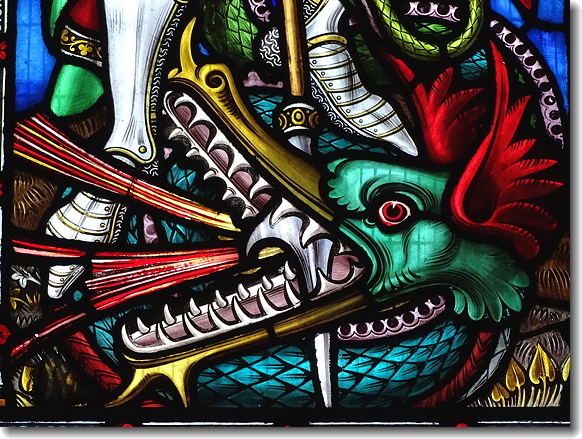 Detail from above window 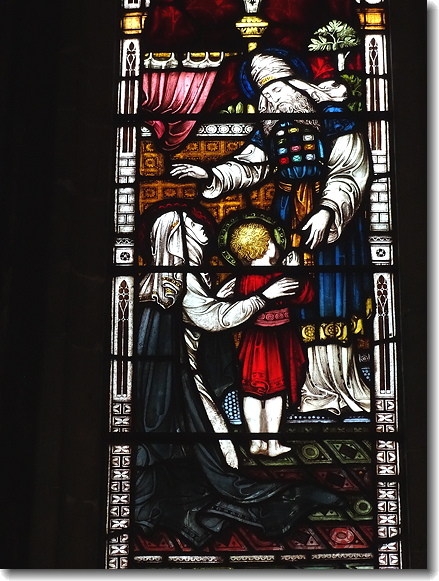 Hannah presents her son, Samuel, to Eli the High Priest 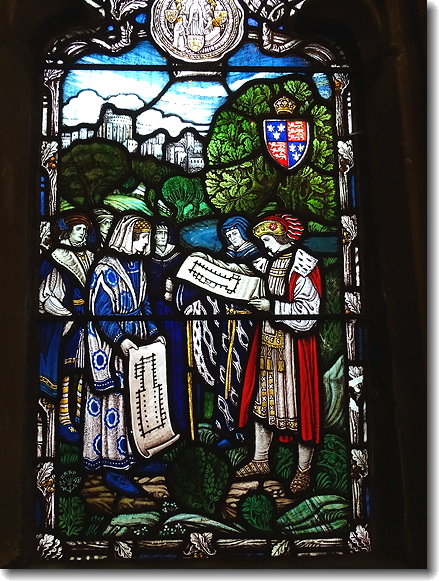 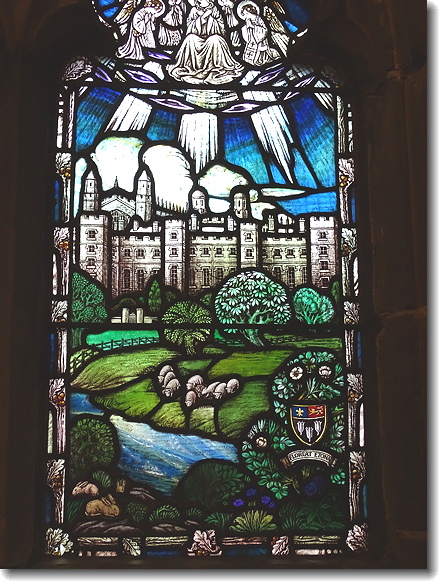 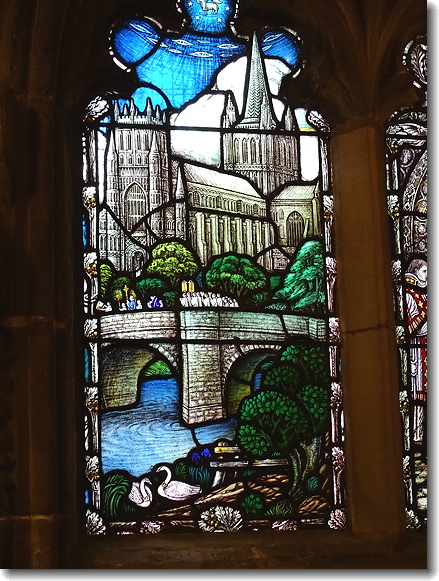 Bishop John Stanbury arriving at Hereford Cathedral to be enthroned as Bishop on April 25th, 1453. 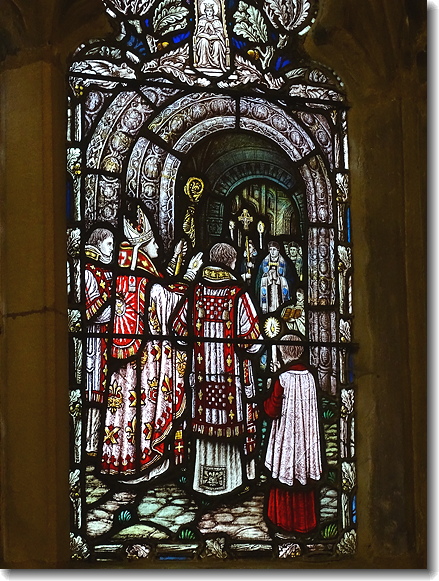 The Bishop at the door of the Cathedral. These four windows were installed in 1923. 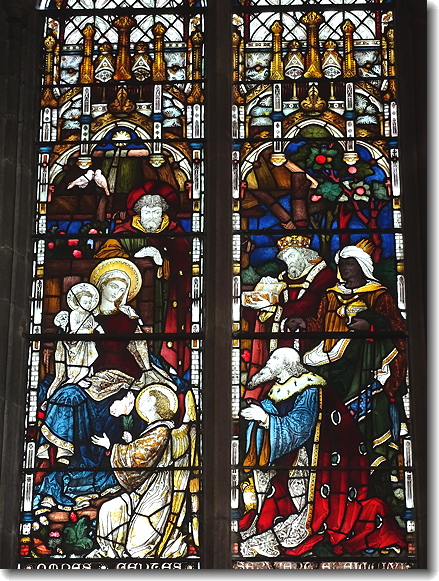 The Three Kings arrive in Bethlehem. This event is celebrated on January 6th and is called The Epiphany. 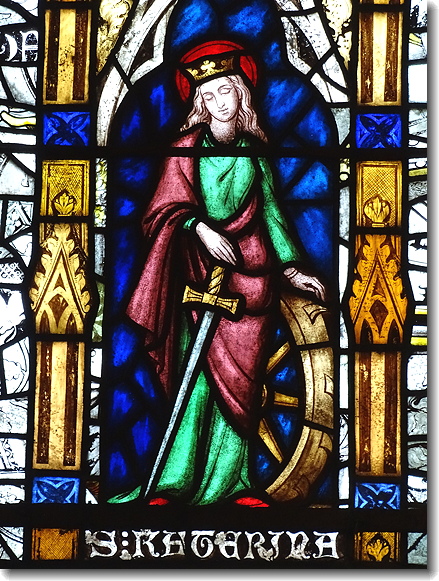 St.Catherine (with the wheel on which she was martyred) 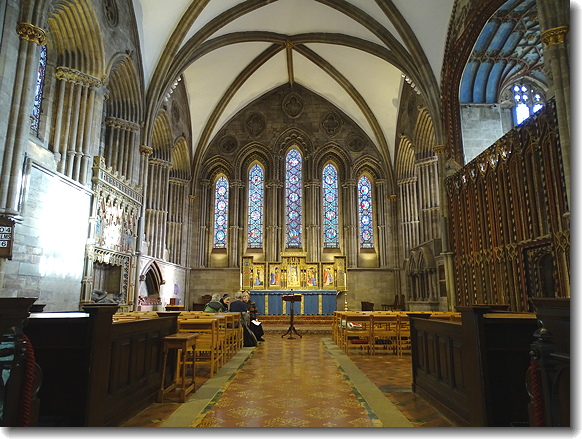 The Lady Chapel - Note the thickness of the walls!

This window, depicting the city of Hereford, was created by Tom Denny and installed in 2007. It's difficult to appreciate its beauty and intricacy from this small photo but it definitely has both those attributes.

From Hereford Cathedral, we travelled to Eywas Harold in Herefordshire to try our hand at Llama Trekking. This was a great experience during which we groomed our individual llamas and then took them for a walk in much the same way you might take a dog out. We walked though the town and up to the "common". The two hours went very quickly and the whole thing was most interesting and enjoyable. We will be looking to see if there are any llamas available for "trekking" back in Australia. 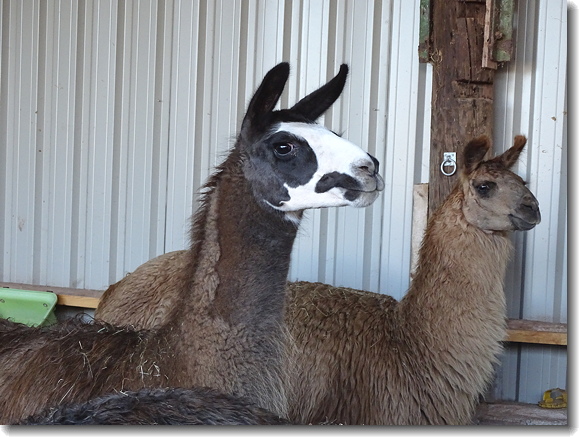 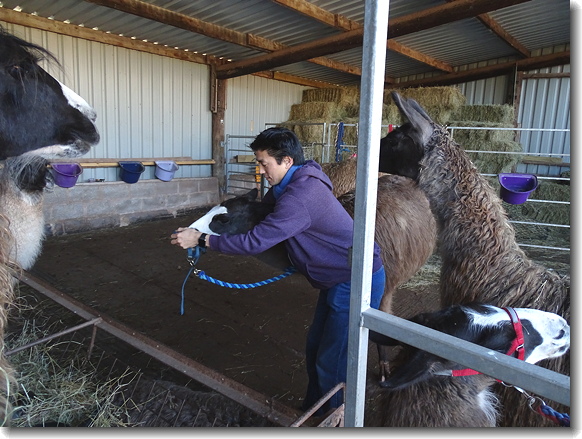 Satoshi fitting a halter to his llama "Rollright". 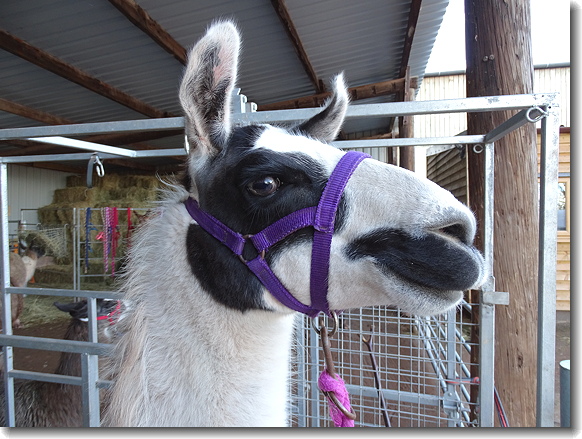 My llama was "Moai" 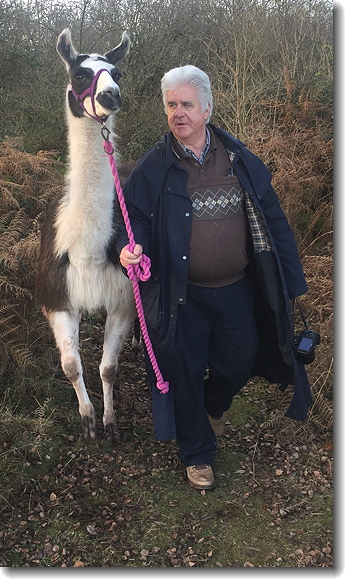 It is not easy to take photos while in control of a llama but Satoshi managed this one.