Our first visit today was to Southwark Cathedral. 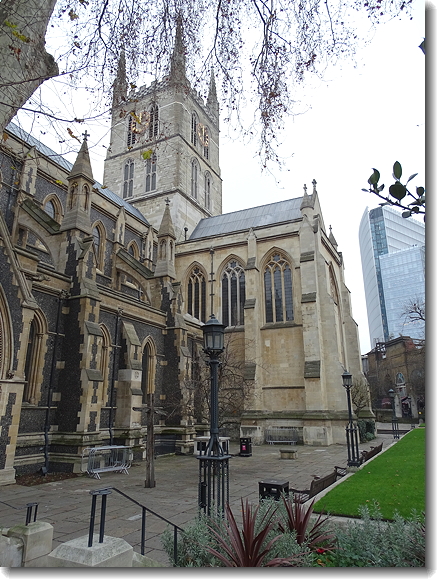 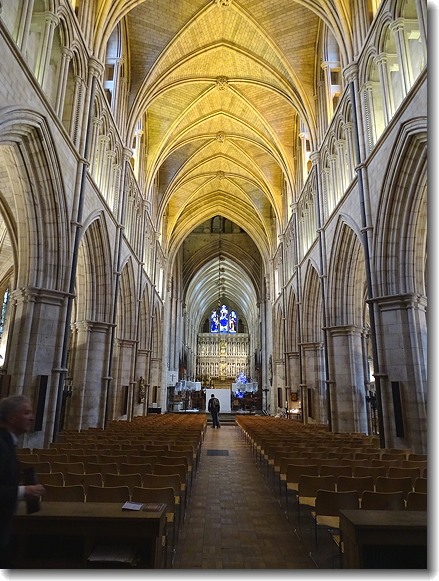 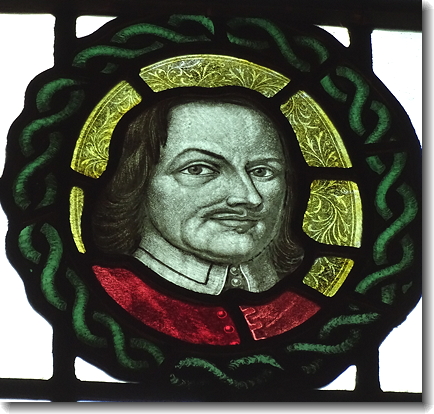 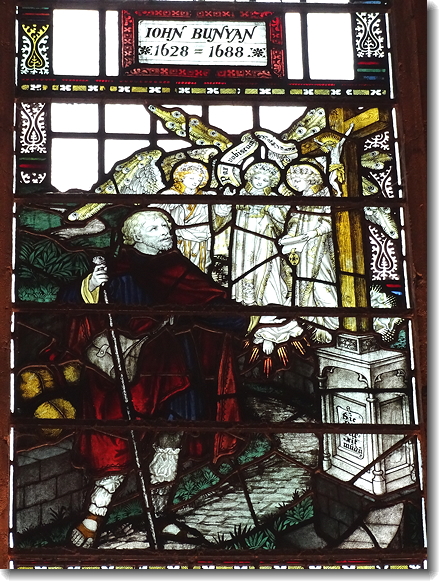 A scene from John Bunyan's "The Pilgrim's Progress" 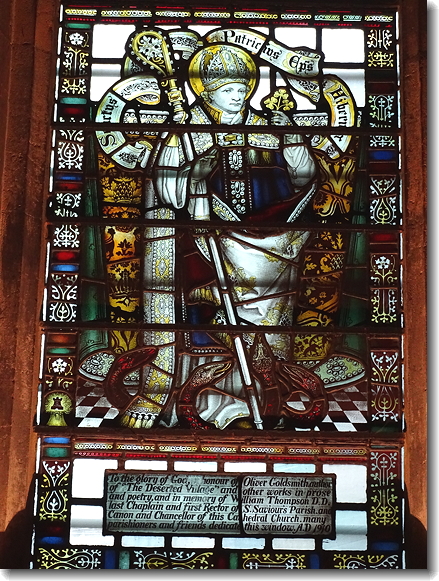 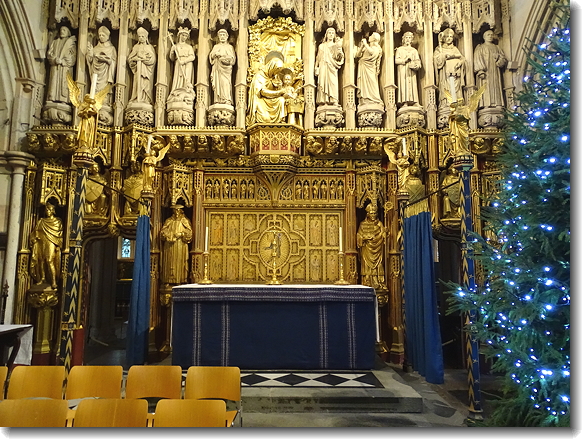 The Altar and Reredos 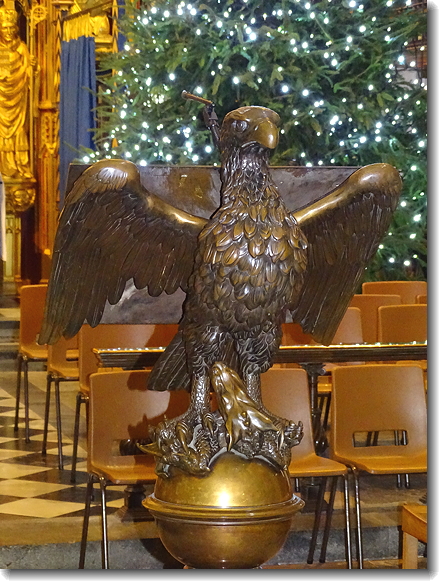 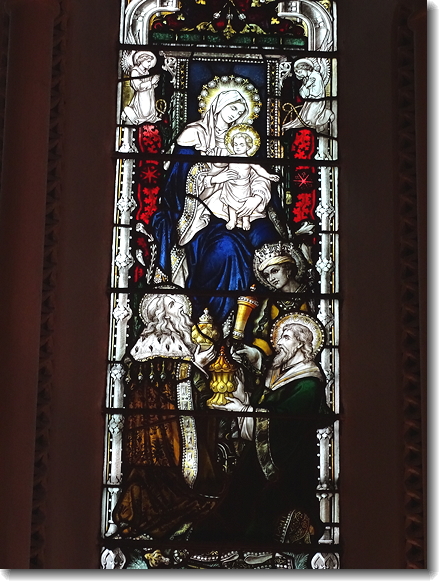 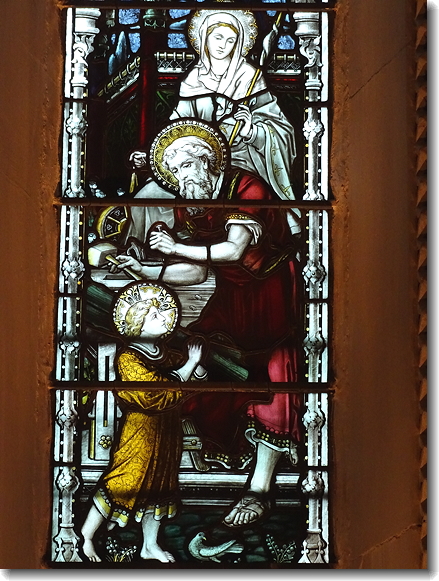 Mary, Joseph and Jesus in the carpentry shop 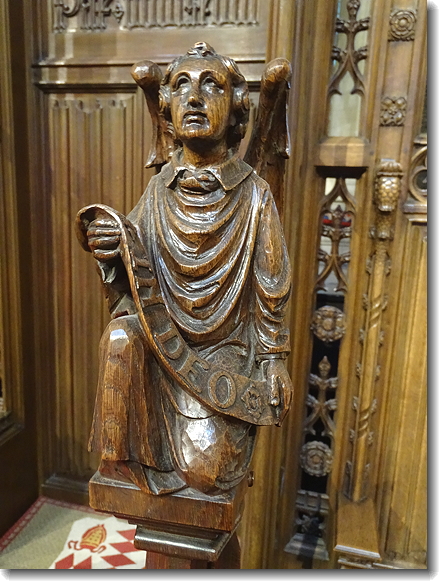 A carving in the quire 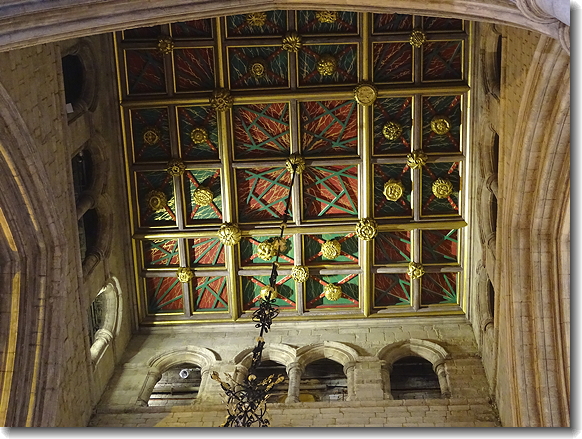 Looking up into the tower at the crossing 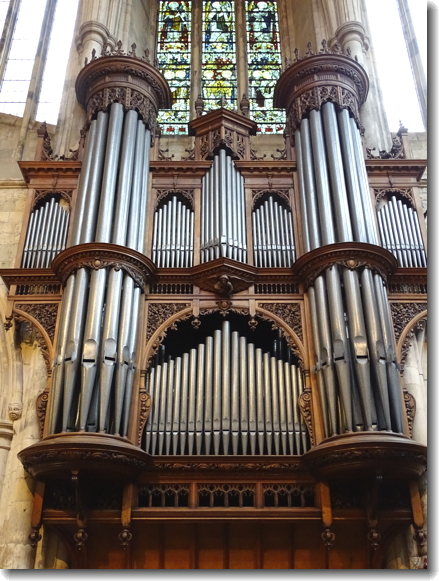 The Organ was built by T.C.Lewis in 1897. The organ in St.Paul's Cathedral, Melbourne, was also built by Lewis (1891). You can see a short documentary about it here. 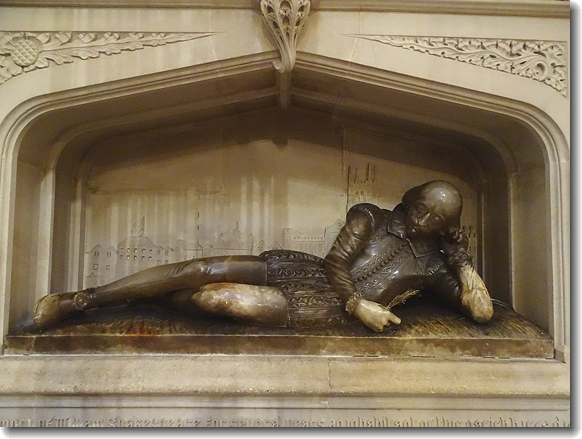 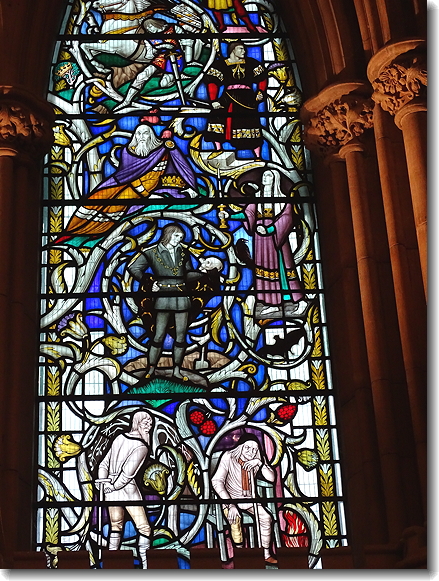 The Shakespeare Window. You can see Hamlet (& what's left of Yorick) in the centre. 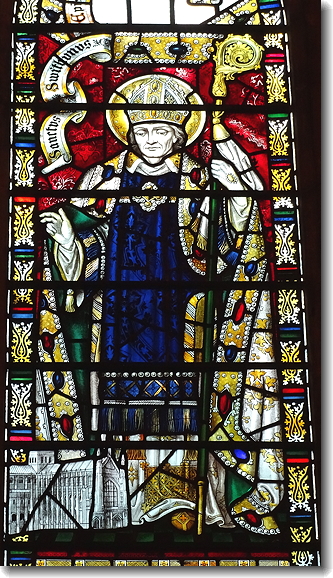 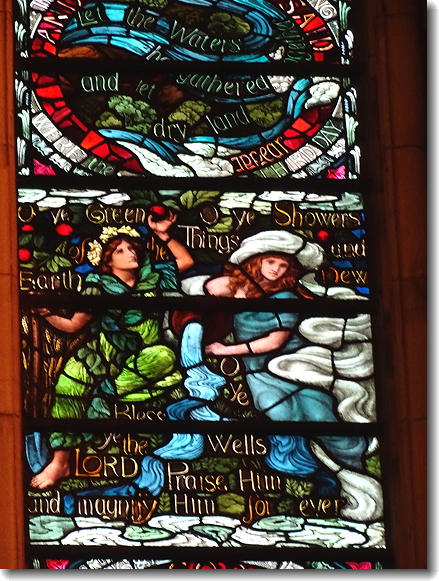 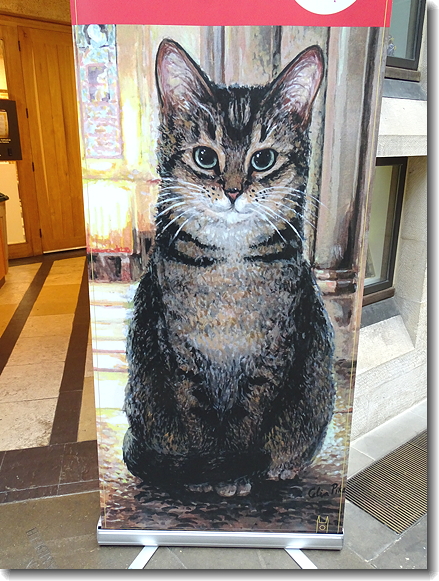 The cathedral was adopted by a cat. This painting is used on a number of pieces of merchandise which, no doubt, more than covers its food and vet bills. Although we didn't see the cat (named Doorkins Magnificat!), we were assured that it is still around and much-loved. 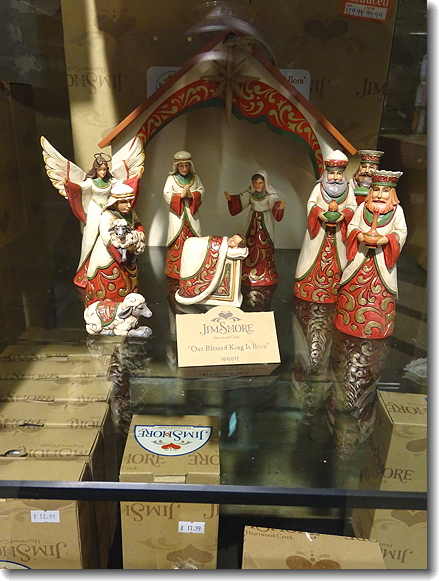 The cathedral shop had a great many nativity sets for sale. Many were very good but this and the one in the photo below were my favourites. 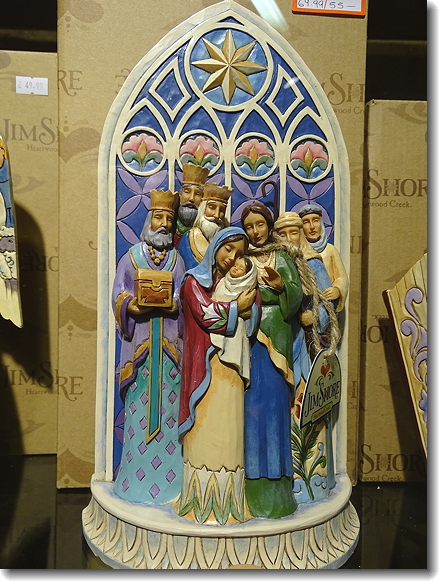 On the way to our next scheduled visit, we passed The London Bridge Experience. We had purchased "London Pass" before we left and, since this venue was included, we decided to give it a go. During first part of the experience, we were led by a guide through several different rooms in which we learned some of the history (much of it quite gory) about the bridge. The second part of the experience saw us walking through another succession of rooms designed to be scary. There were a number of actors who jumped out at us. I didn't find it particularly scary but some of it was very claustrophobic!

The London Transport Museum was our next "official" stop. This museum is well-set-out and contains many interesting exhibits. It was, however, a bit frustrating in that many of the exhibits were not clearly labelled. 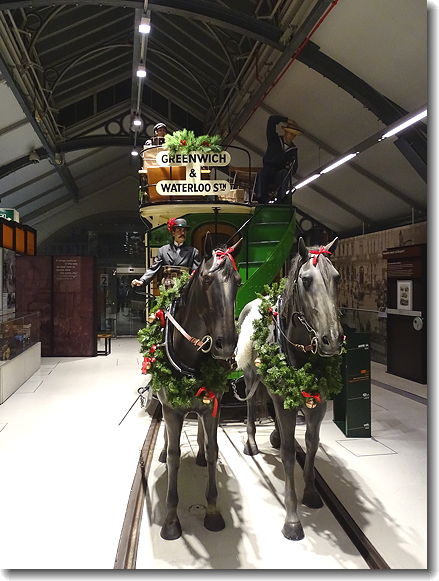 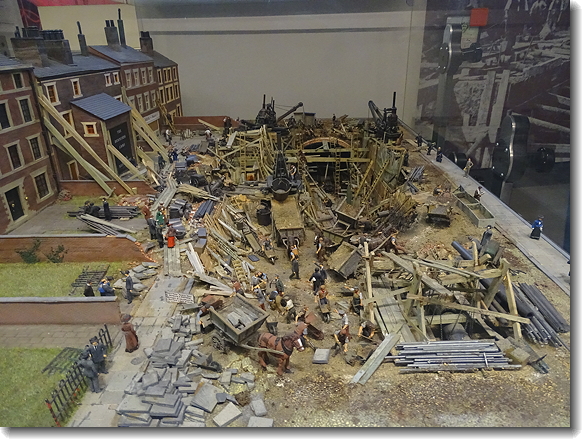 Model showing how the first underground line was installed (basically, dug a big hole, laid the tracks and covered them up!) 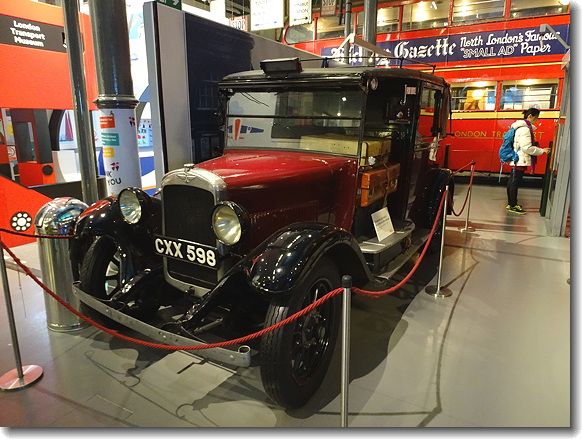 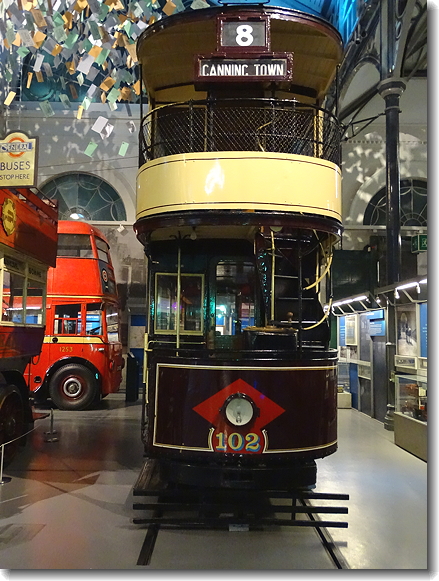 A double-decker tram. I know that my father drove trams during the second world war - perhaps his was one of them! 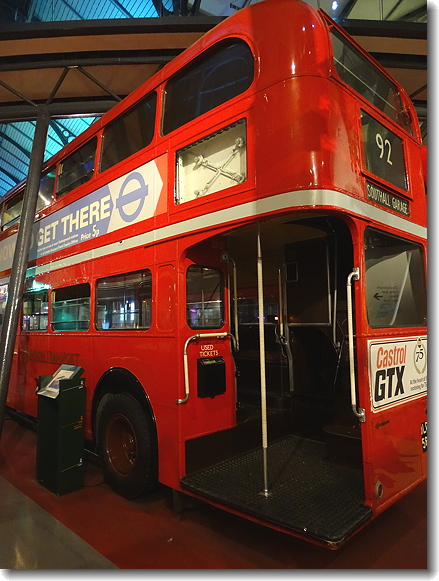 Our theatre experience tonight was The Play that Goes Wrong. The best way to describe it is probably from the show's website. "The play introduces ‘The Cornley Polytechnic Drama Society’ who are attempting to put on a 1920s murder mystery, but as the title suggests, everything that can go wrong…does, as the accident-prone thespians battle on against all the odds to get to their final curtain call. The Play That Goes Wrong is a highly physical comedy packed with finely-tuned farce and slapstick delivered with split-second timing and ambitious daring." It was the funniest play that I have seen in decades. We were laughing for almost the entire show! The play is coming to Melbourne in February - Satoshi and I are going to see it again on Sunday 5th March at 1:00pm! You must GO! The photos below were found on internet. I hope they will give you a bit of an idea about the play! 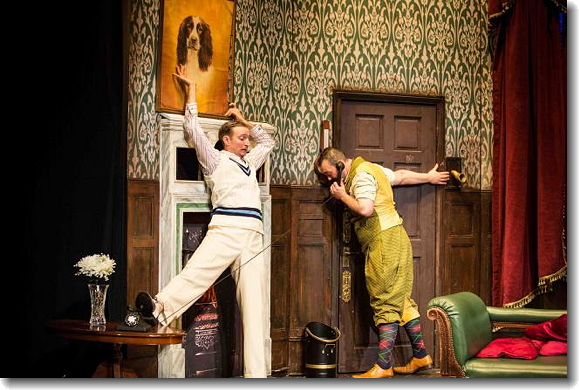 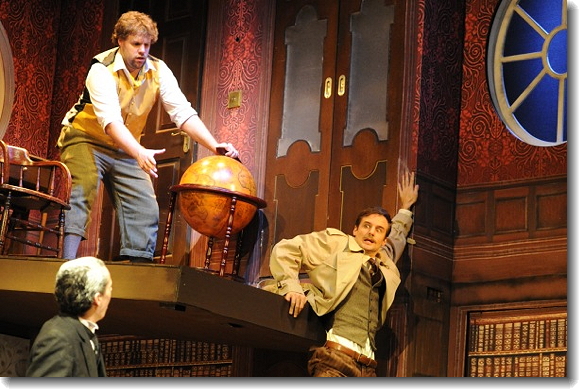 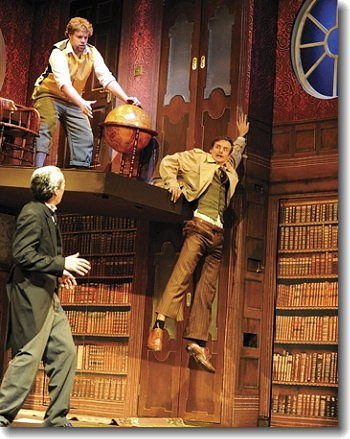 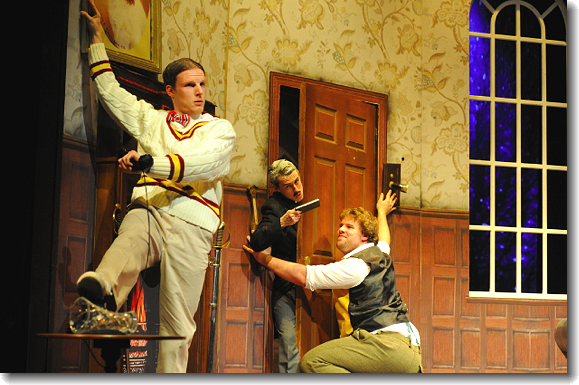 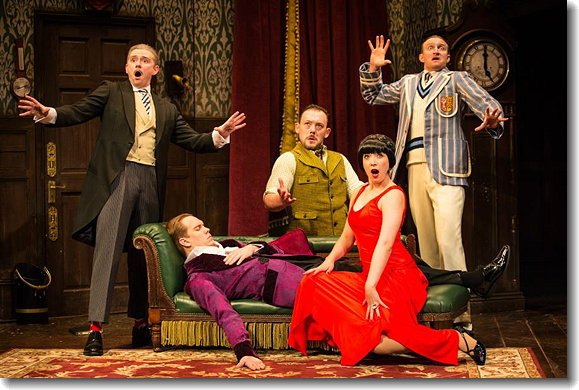