Today we visited the British Wildlife Centre. As the name suggests, this is a collection of about forty species of animals native to Britain. The animal cages are designed for the comfort of the animals, not necessarily for the viewing of them. As a result, there were some species that we couldn't even find and many that were very difficult to photograph. Squirrels, in particular, dart about like a cat on a hot tin roof! I hope you enjoy what I managed to achieve in the photos below. It was great to see some animals that I have never seen before. 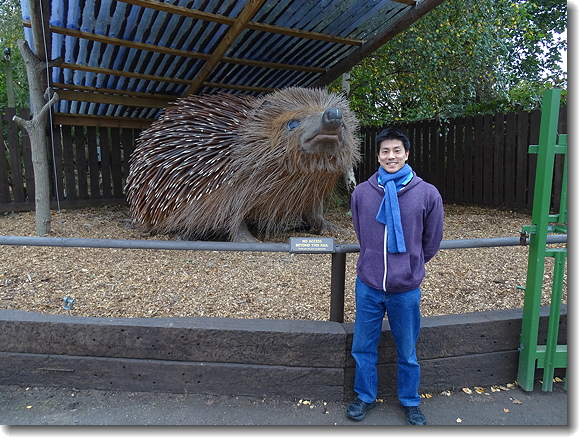 Satoshi with the "big" hedgehog at the entrance to the centre. 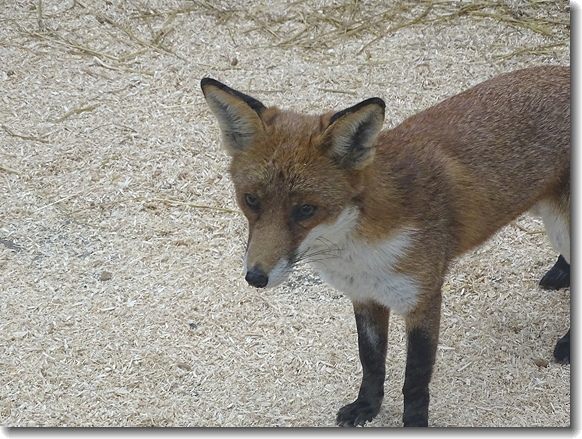 It was interesting to consider the different approach to the fox here. In Australia, they are still considered to be vermin. There are two at the centre which have been "rescued" and visitors were "oohing and ahhing" in the same way we would for a rescued koala! 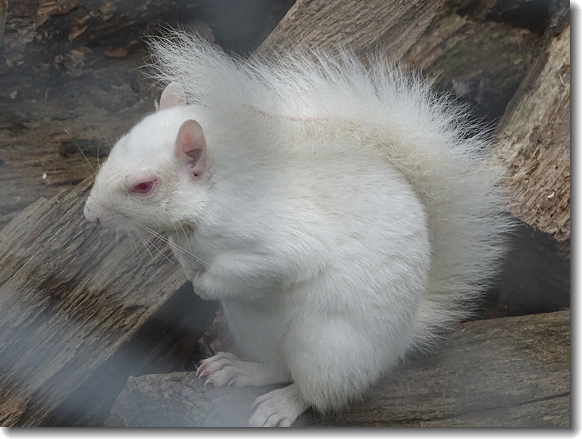 An albino grey squirrel. Grey squirrels (introduced from the USA in the 19th century) number in the millions but there are only 140,00 left in the wild. 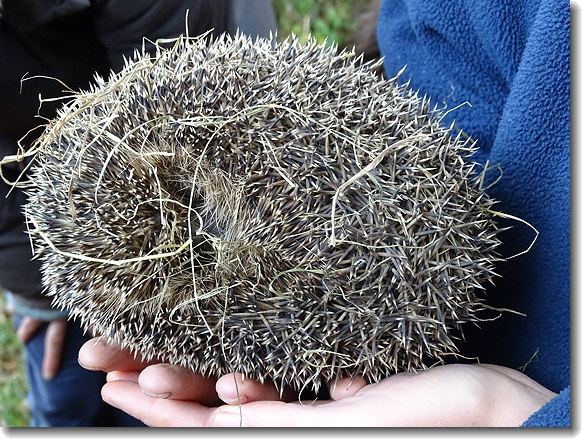 This is a hedgehog! The slight space in the middle left is where its tucking its nose in. We were told it is not completely in hibernation mode yet, just a bit sleepy! It didn't move from this position in all the time the keeper had it out. 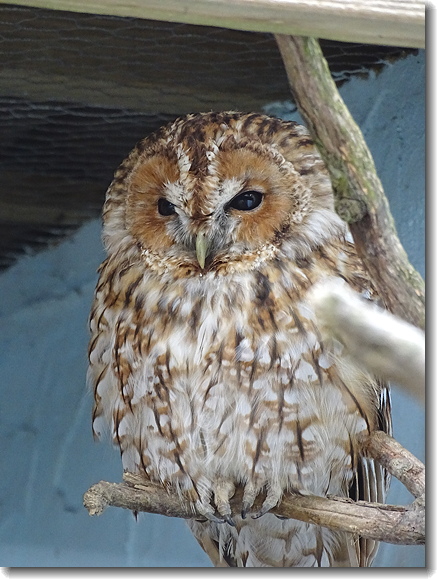 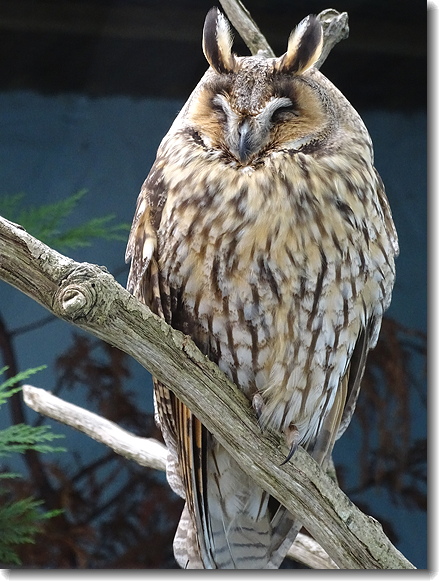 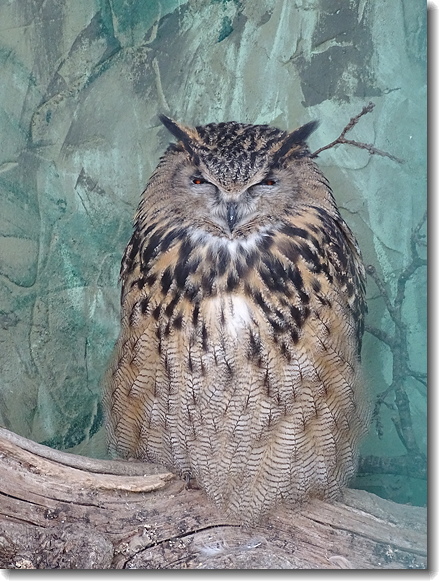 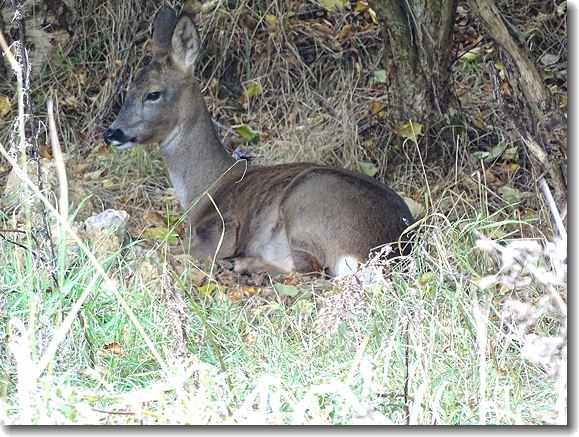 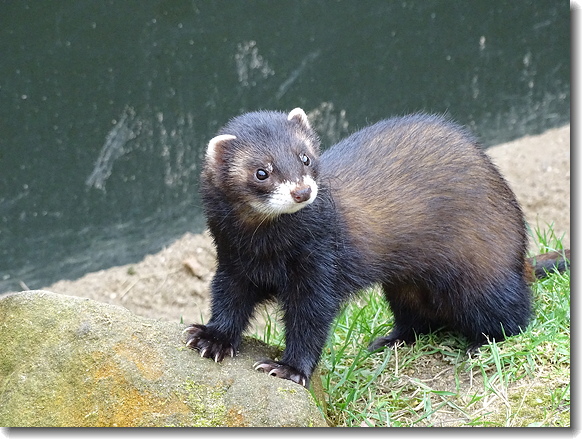 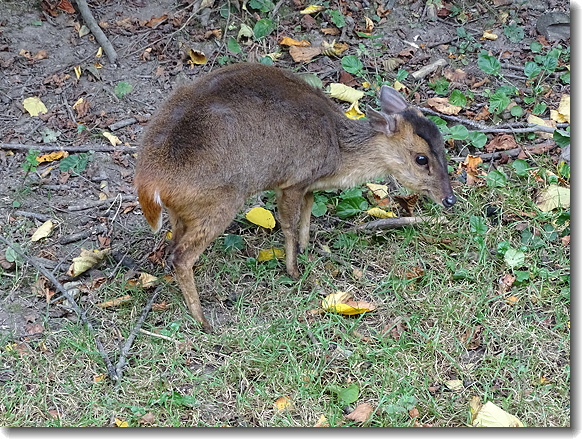 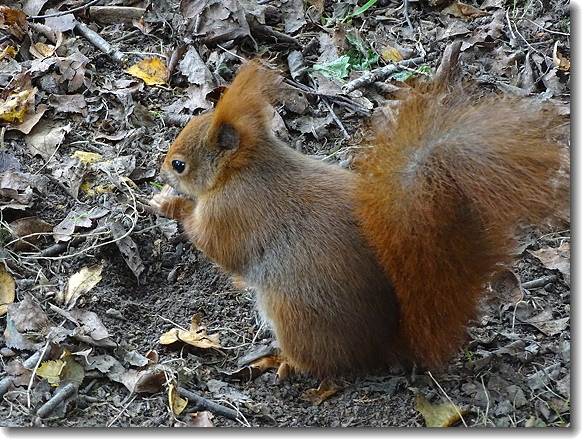 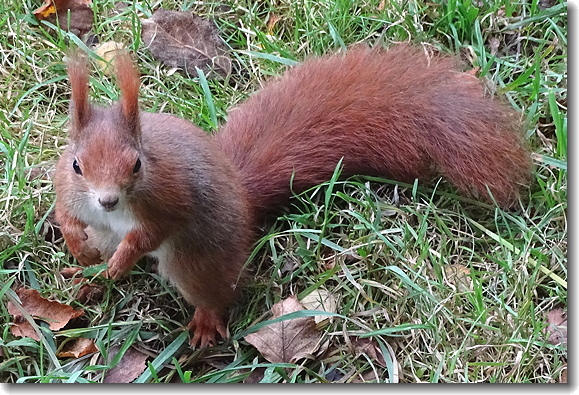 After lunch, we drove to Polesden Lacey, a National Trust property. This house was once a favourite haunt of the rich and famous including Edward VII and six maharajas of India. Although not as old as some of the houses we have seen, it was still most interesting and holds a large collection of ceramics and paintings. 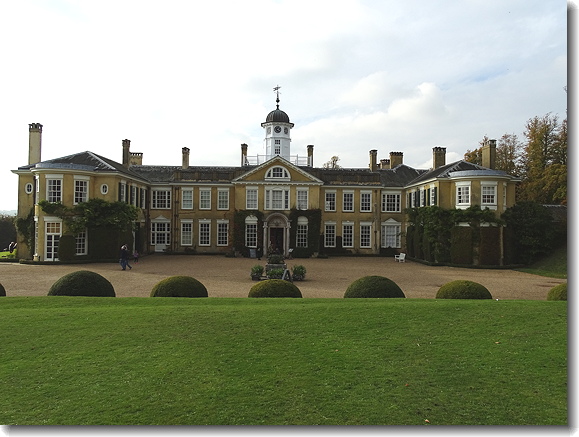 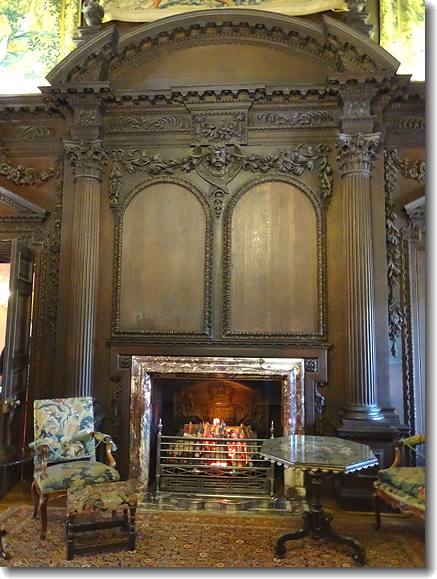 The oak behind the fireplace was originally the reredos behind the altar in a London church designed by Christopher Wren. 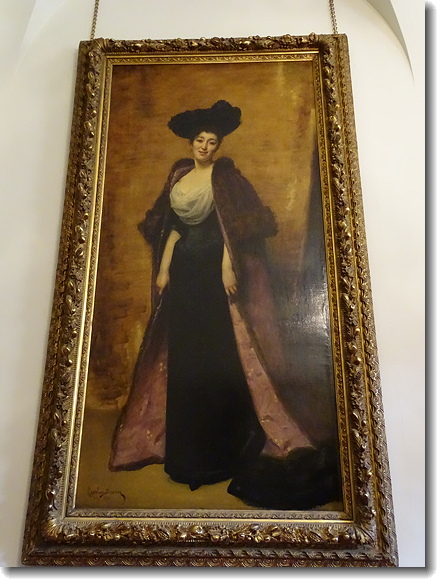 Portrait of Mrs. Greville - the Edwardian socialite who gave the house to the National Trust on her death in 1942. The painter was Emile-Augustus Carolus-Duran (1837-1917). 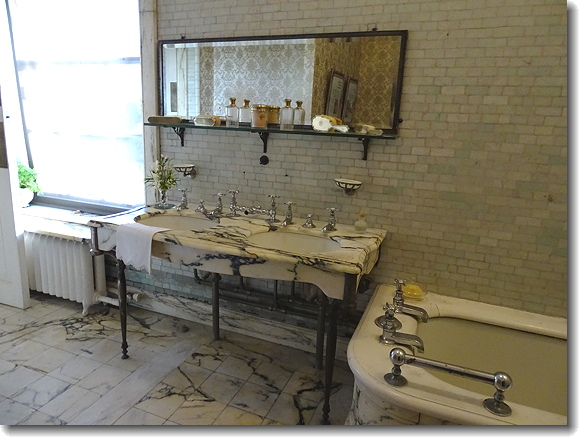 Not a bad bathroom for 1909 - it was the height of luxury to have an ensuite at this time. The house also includes a lift - visitors could enter the lift from outside and be taken directly to Mrs. Greville's bedroom! 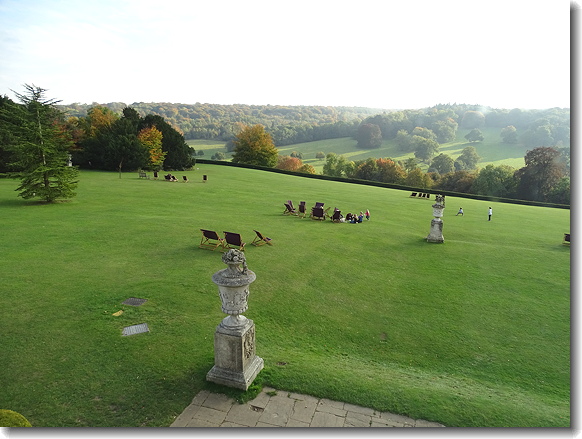 The view from the first floor. Note the deck chairs provided for visitors on the lawn! 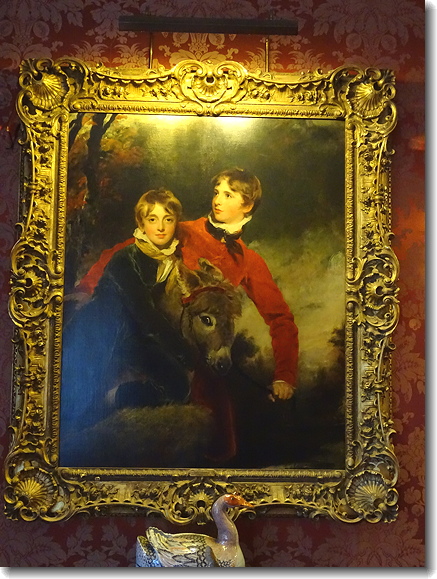 This painting is "The Masters Pattison" by Sir Thomas Lawrence (1769-1828). It took him six years to complete. Both sons became lawyers. William (in red) and his wife Sarah were drowned in the Lac de Gaube in the Pyrenees on their honeymoon in 1832. Jacob had 16 children by the same wife. 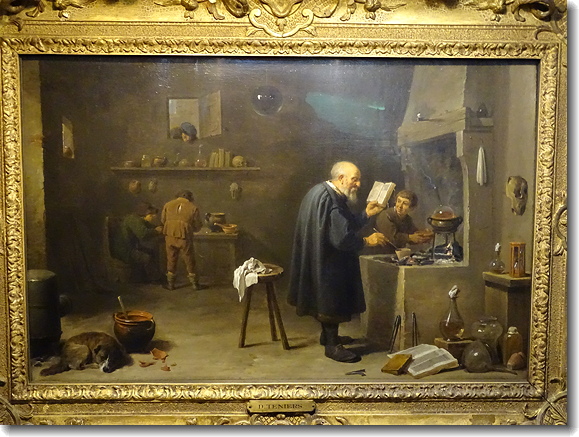 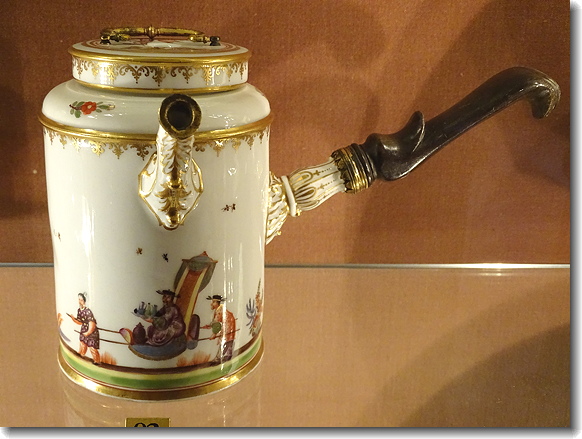 This jug is for chocolate sauce. 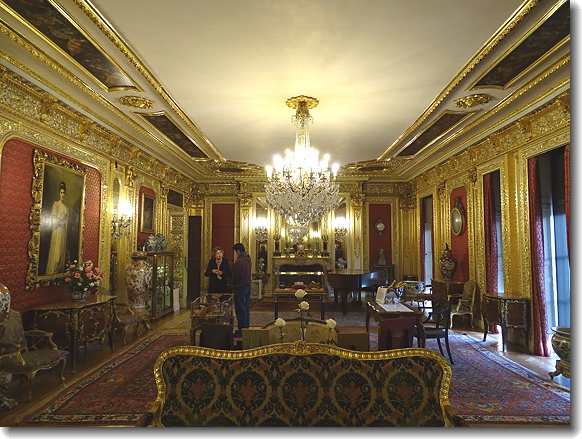 The saloon - the principal room for entertaining in the house. There is gold leaf everywhere! 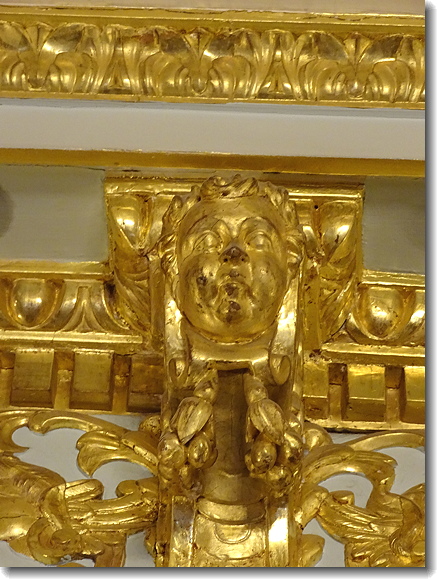 One part of the gold leaf decoration in the saloon. 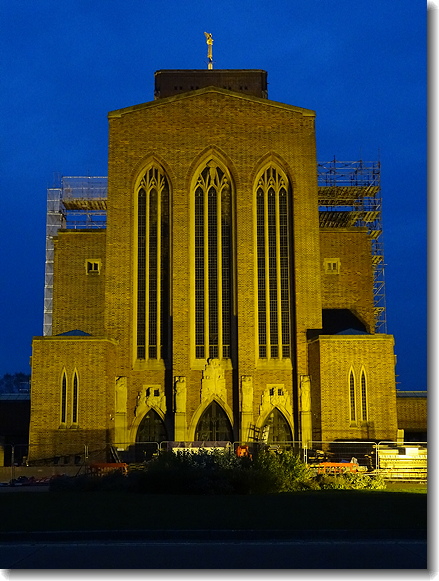 Our day finished with Evensong at Guildford Cathedral. This time it was sung in the Lady Chapel by the men of the choir. The music was the plainsong Responses by Tallis, Magnificat sexti toni by Tomás Luis de Victoria, Psalm 119: 1-3 sung to plainchant and the anthem Lo! that is a marvellous change by Philip Moore. Although there were only six men in the choir for this service, the singing was superb - particularly the psalm. Everything was unaccompanied. 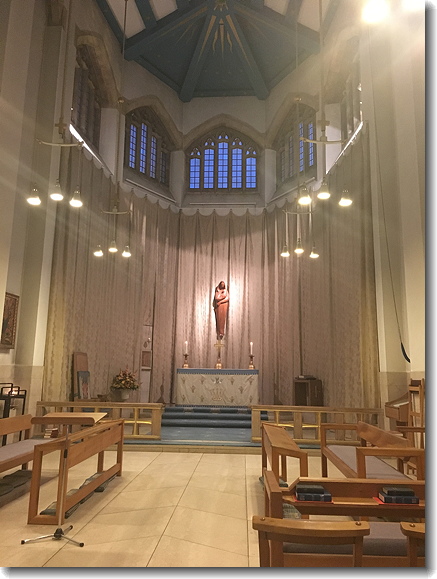 The Lady Chapel of Guildford Cathedral (one of the few areas not currently a building site!)