It was a very crisp 6° this morning. When the sun broke through the clouds it warmed up. Our day was relaxed and peaceful. We turned the boat around in the morning and headed back towards Chirk where we will return the boat on Saturday. I didn't take many photos because we went back over the same territory as yesterday and didn't really see anything new or different.

Satoshi has been doing the bulk of the cooking and chores because my leg is still bothering me quite a bit. I hope that the antibiotic kicks in soon but the triage nurse did say it could take a week. Bother! It's OK unless I knock it or do the same thing for too long (ie standing, sitting, walking, or sitting with it up).

We moored at The Jack Mytton Inn about 3:30pm. There is a bridge just before the inn and we were lucky enough to be there just as a herd of cows crossed over to be milked. We asked if we could watch but the farmer said that the cows were to be checked for TB by vets and it wouldn't be convenient. We could however, see them milked at 6:15am tomorrow. We declined this kind offer. 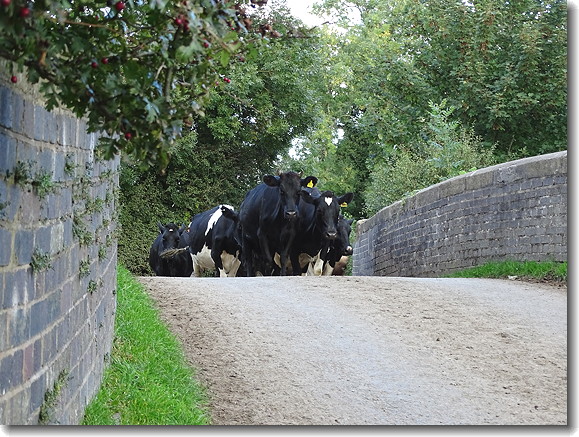 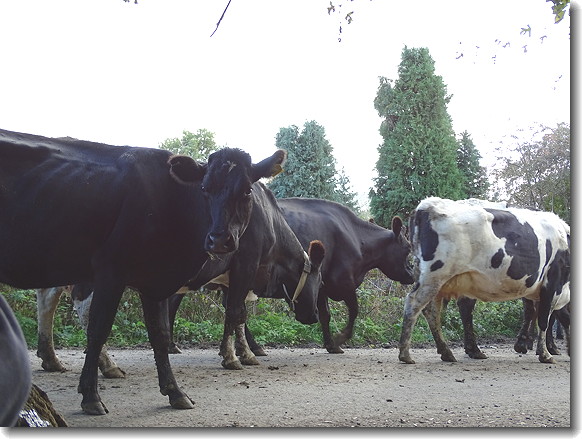 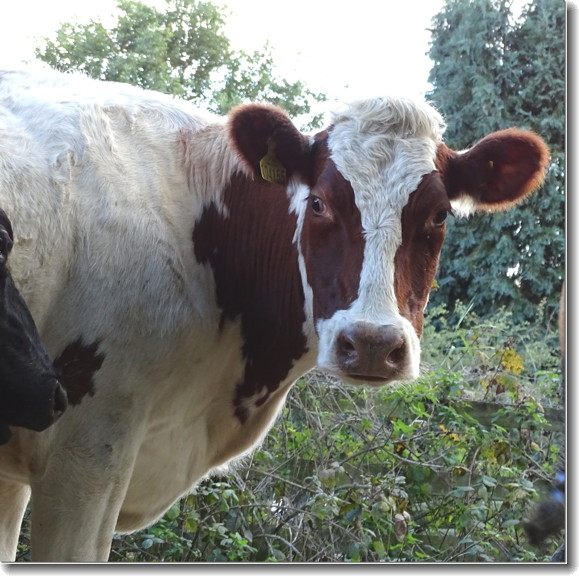 Jack Mytton was an extraordinary real life character who lived from 1796 - 1834. In Australia, he would have been known as a larrikin. In England the words are "eccentric" and "rake". He inherited the family estate as a child and spent it all on drink and adventure. His favourite horse, Baronet, had free range inside Halston Hall and lay in front of the fire with Mytton. He once rode a bear into his drawing-room, in full hunting costume. The bear carried him very quietly for a time; but on being pricked by the spur he bit his rider through the calf of his leg (hence the statue of the bear photographed below). Among many tricks he pulled on his teacher, one was to hide a horse in his bedroom. To learn more of "Mad Jack", click here. 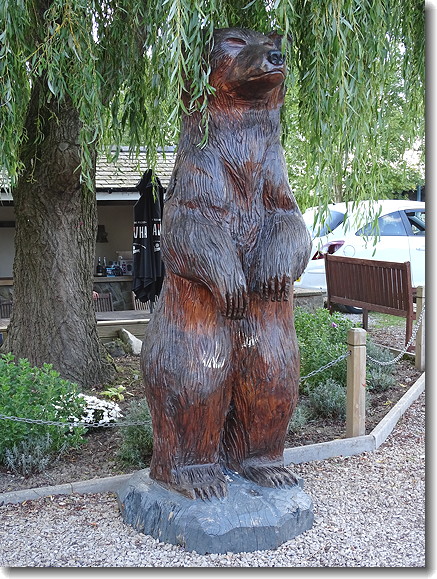 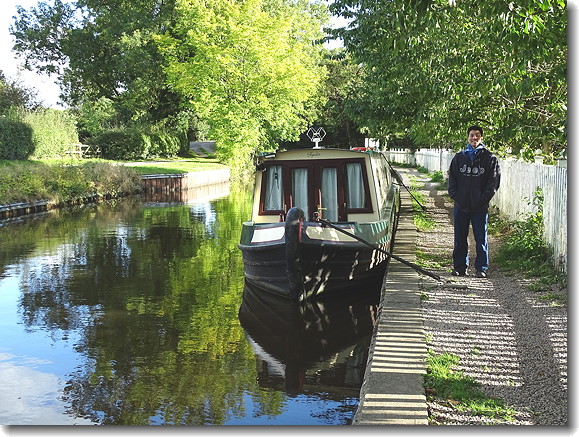 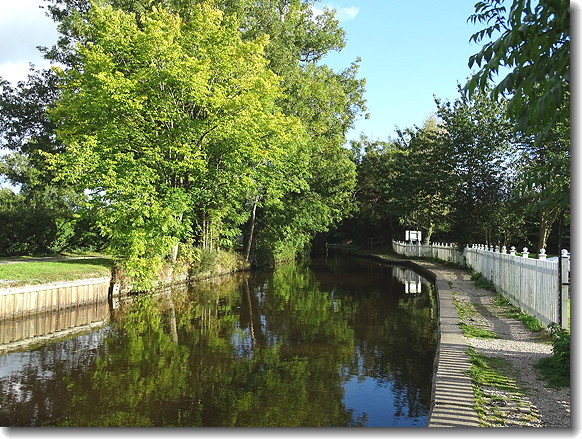 I loved the reflections in the water!

We had a very enjoyable dinner at The Jack Mytton Inn. The rest of the evening was spent relaxing and journal writing.