Today was Satoshi's birthday! We spent the day at Legoland in Windsor. This is a theme park aimed mainly for children up to 12 years old but Satoshi wanted to go anyway! We arrived soon after it opened and there were already hundreds of cars there. I did not take my good camera today as I didn't want to have to worry about it on rides so all the photos on this page were taken with my iPhone. 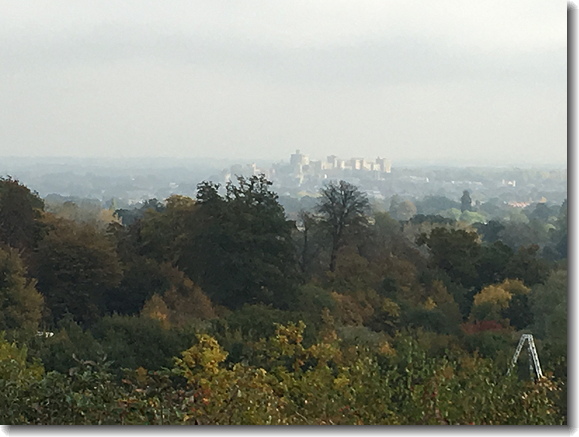 The first thing to see of any note was this view of Windsor Castle!

At first, waiting times for rides was reasonable but soon blew out to 45 minutes or longer. I felt that it was very expensive - they even charge £5 for the privilege of parking there! Of the four rides I went on, the most interesting was "Atlantis" which involves a "submarine" ride. The "submarine" hangs on rails and is partially submerged into a million-litre fish tank. From inside the ride, one looks out the windows and sees various fish and sharks. At the end of the ride, there are a few smaller tanks to view. 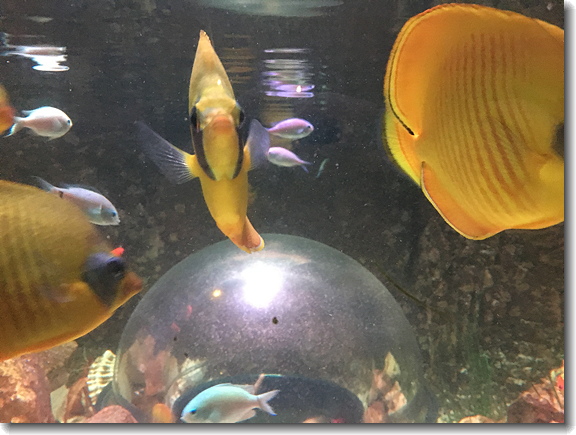 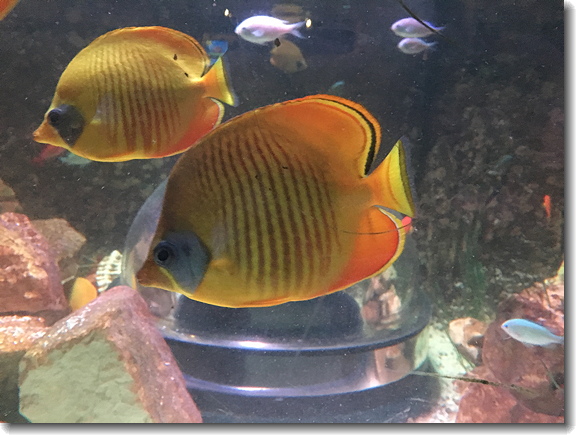 Another interesting part of the day for me was "Miniland" which is a series of miniature copies of scenes or famous buildings in England and elsewhere. Each is made from thousands of Lego bricks. They looked fabulous! 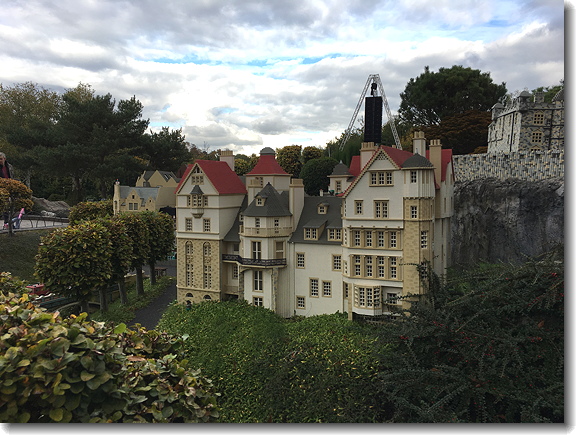 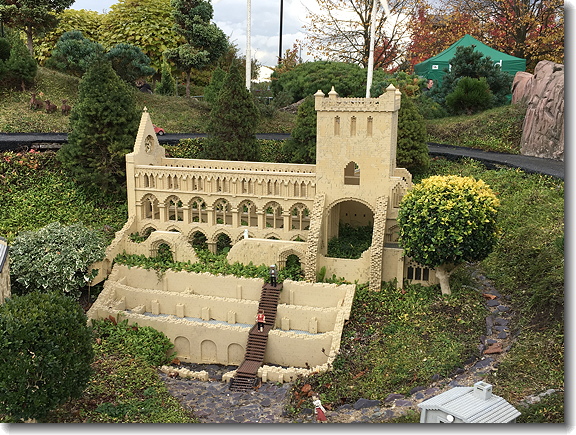 This model of Jedburgh Abbey in Scotland ensured I didn't get any withdrawal symptoms from a lack of churches, cathedrals or abbeys today! 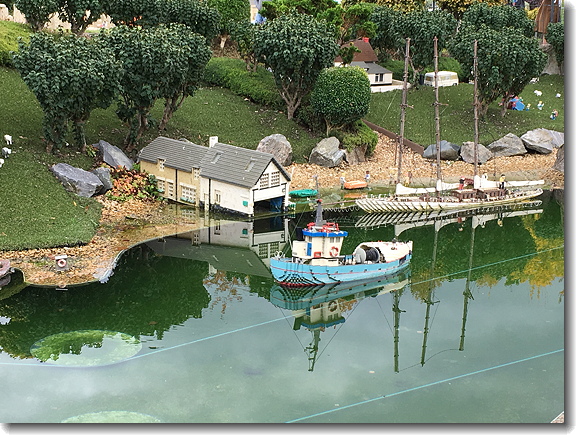 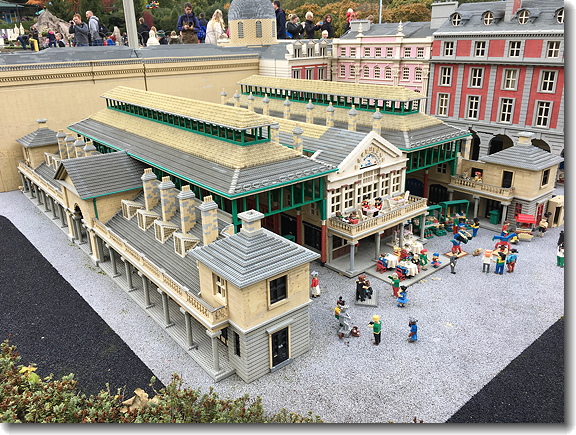 Covent Garden used to be a market but is now a transport museum and opera house. 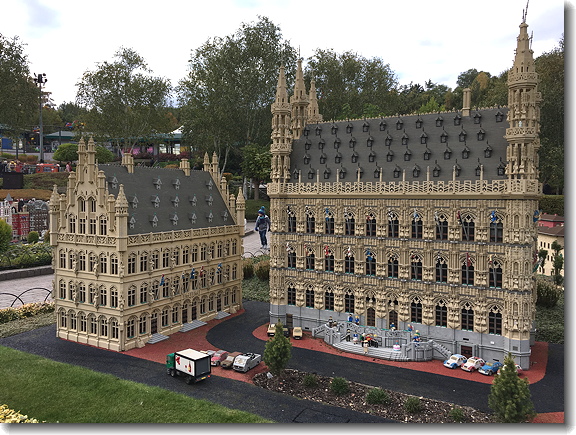 The third great part of the day for me was the fireworks display. It was getting VERY cold by 7:00pm but it was worth the wait. The fireworks were of similar standard to what might be seen at Moomba in Melbourne. 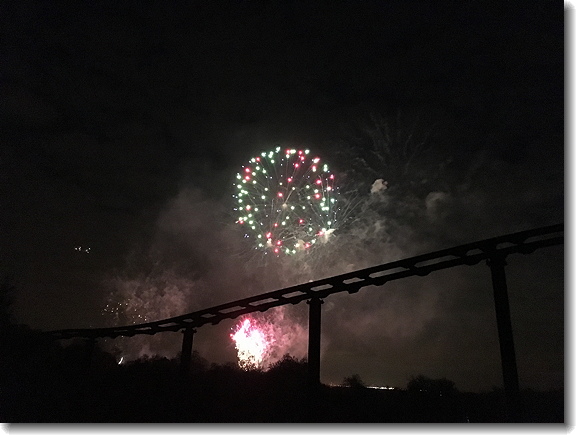 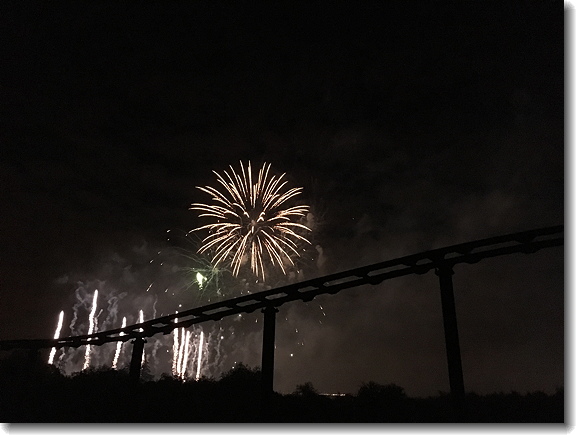 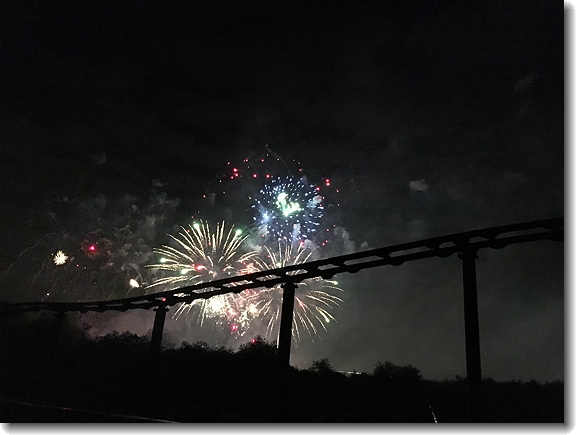 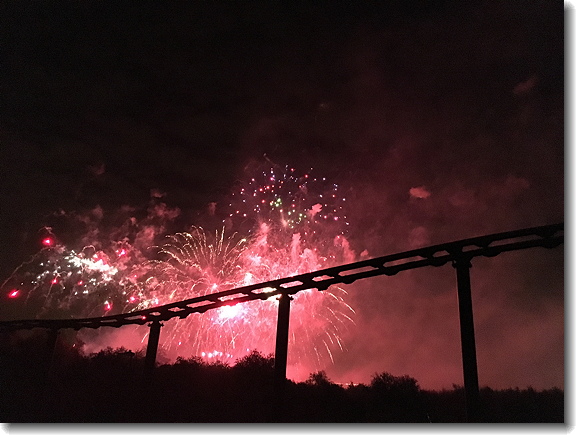 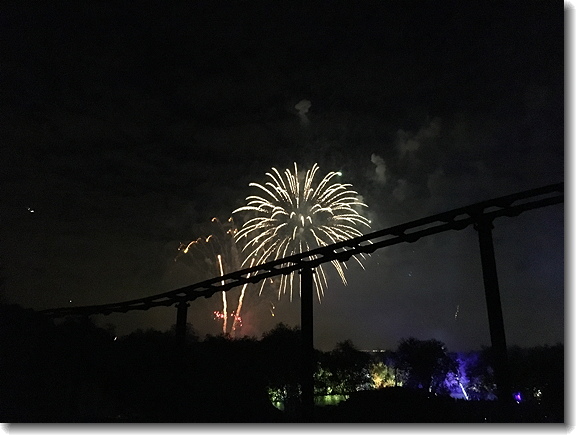 We went to Yo Sushi for dinner to celebrate Satoshi's birthday. The restaurant includes a conveyor belt on which various cold dishes circulate. You simply remove any that take your fancy as they pass by on the conveyor belt. Hot food is ordered in the conventional way. At the end of the meal, the bill is calculated by the number of empty dishes on your table. The cost varies according to the colour of the dish. Satoshi enjoyed it!