Today was a BIG day! One of the main reasons I chose to go to England at the time I did was to be present at the annual Festival of Carols Service at King's College. This is a huge part of Christmas for many people interested in choral music and has been broadcast by the BBC every year (except for 1939) since 1918 to millions of people all over the world (except Australia now - thanks to cuts to the ABC's budget!). The Service was to begin at 3:00pm and we left our accommodation at 6:00am in order to be lined up by 6:30am. 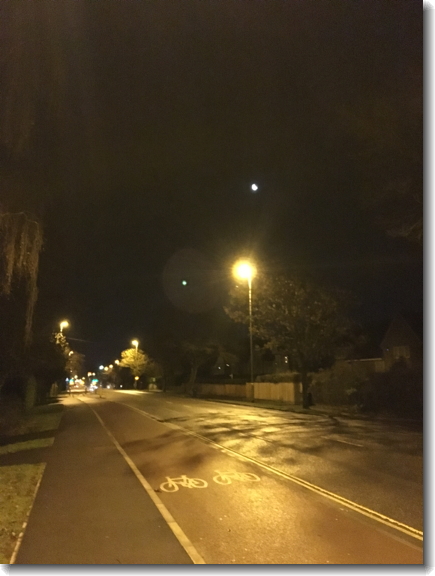 The usually busy road was strangely quiet at 6:00am!

Already there were many people in front of us. Although the temperature was not all that cold (perhaps 6°), there was a very chilly wind making it feel a lot colder. Lois lent us camping chairs so at least we could sit down! At 7:00am, we were allowed into the College grounds. We then had access to a coffee shop which was warm and served hot drinks and some food. So, when we couldn't stand the cold anymore, one of us went to get warm in the coffee shop and then returned, allowing the other to go. 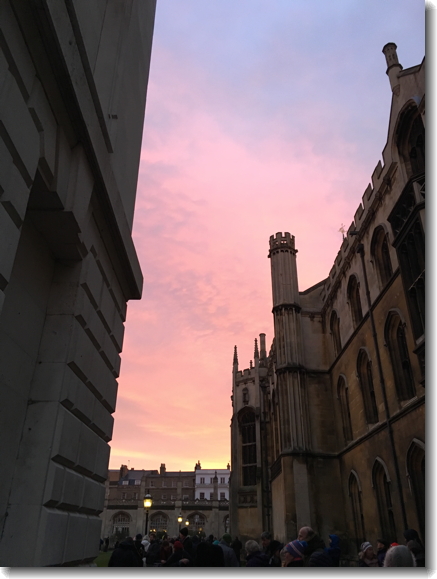 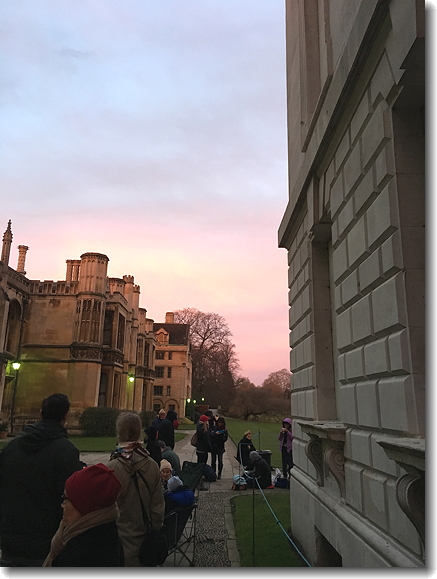 At 1:00pm, we were allowed into the Chapel. Unfortunately, there were too many people ahead of us and we ended up in the ante chapel where we could not really see the choir. We had been saying to each other that maybe it was not really worth all the trouble to attend the service but, once it got started, those thoughts rapidly evaporated. It really was a great privilege to be there. The music was superb and the acoustics of the Chapel are such that we could hear perfectly well. You can listen to the whole service here, and download an Order of Service with all the words. Note that there is no vision as the Service is only broadcast on the radio. There is another Carol Service (called "Carols from Kings") which is broadcast on BBC TV. This service is recorded earlier in December and is not open to the public. You can view most of this Service here. Many of the carols sung are the same at both services.

We had an early dinner at a restaurant near King's College and returned "home" very tired but elated as well.

After a few hours of rest, we ventured out once again, this time to attend the Midnight Eucharist at Great St.Mary's Church. The service was well-attended and the large choir of adult singers did a great job. 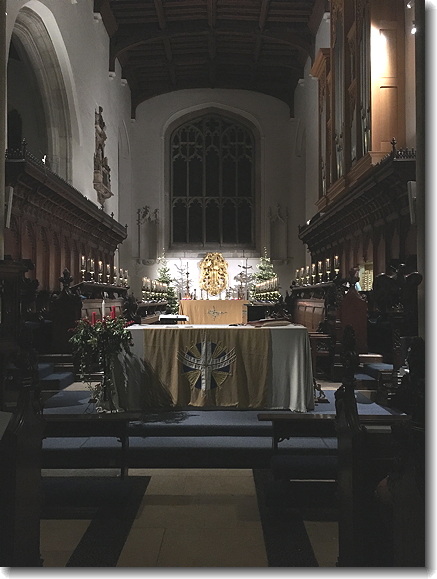 The sanctuary of Great St.Mary's Church, just before the Midnight Service began.